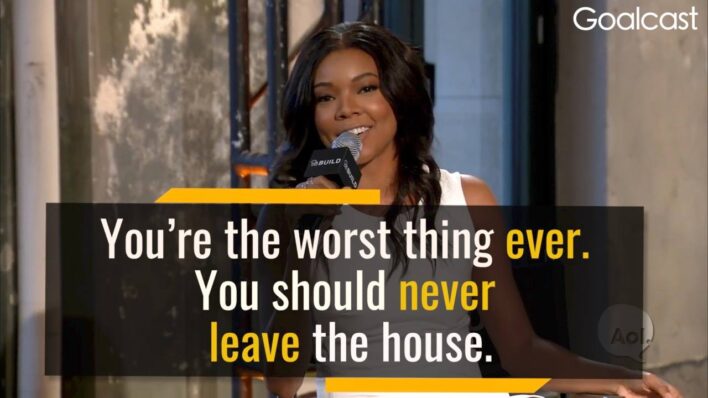 Actress Gabrielle Union says not to listen to the naysayers, but not to believe all your praise either, because it’s only by staying reasonable and grounded that you grow and improve.

“‘You’re the worst thing ever, you should never leave the house.’ And then you’re like, ‘Eh. We should throw that out.'”

“Early in my career I was named the ‘next it girl.’ You’re like, ‘Well, you know. I think I should really believe this.’ Eventually you get to a place where they cancel each other out. You’re going to hear the naysayers and the people who think you suck, and then there’re going to be the people who think you’re the second coming of pockets. It’s usually somewhere in the middle.

“I try to be reasonable. People whose opinion I respect, I listen. Don’t be so firm in all your choices, that you can’t take direction. It’s nice to have people who will call you on your shit, and make you accountable, and make you better.”