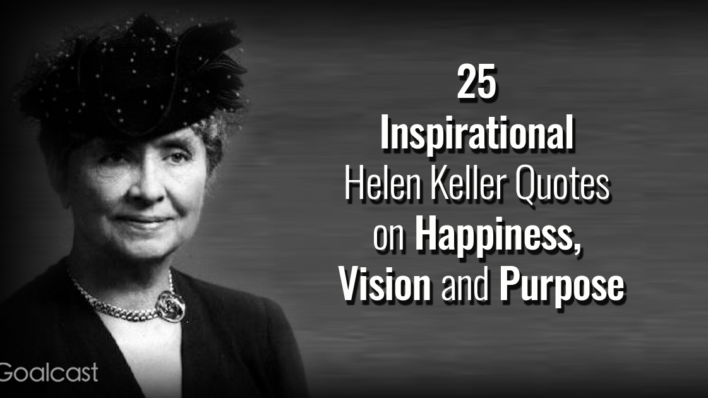 Helen Keller was born on June 27, 1880 in Tuscumbia, Alabama. She was an American author, political activist, lecturer and
By Flavia Medrut    January 31, 2019

Helen Keller was born on June 27, 1880 in Tuscumbia, Alabama. She was an American author, political activist, lecturer and the first deaf-blind person to earn a bachelor of arts degree.

Keller was born a healthy child but at the age of 19 months, she became deaf and blind as a result of an unknown illness, perhaps meningitis or scarlet fever. As she grew up into childhood, Helen and her friend, Martha Washington, invented a limited sign language in order to communicate with each other. However, Keller became an uncontrollable child and many family relatives felt she should be institutionalized.

Her mother never gave up on her and constantly tried to find solutions that would better her daughter’s condition. Thus, Helen’s life changed when Anne Sullivan came to Tuscumbia to be her teacher. Sullivan’s success with Helen remains an extraordinary and remarkable story and is best known to people because of the movie The Miracle Worker.

After college, Keller became a well-known lecturer by sharing her experiences with audiences, and working on behalf of others living with disabilities. She brought inspiration by being a powerful example of how determination and hard work can allow anyone to overcome life’s most terrible obstacles.