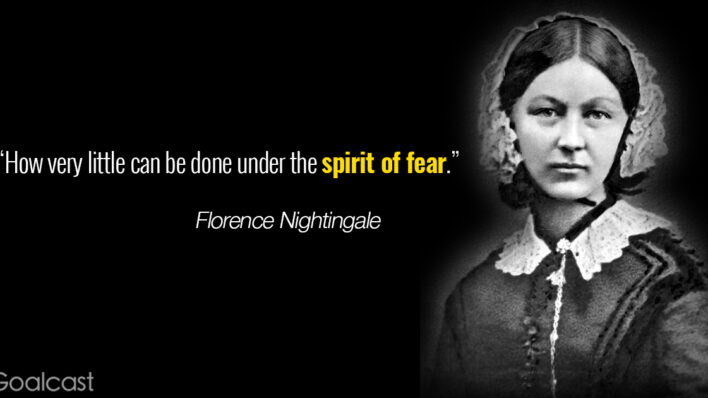 Known as ‘The Angel of Crimea’ or the ‘Lady with the Lamp’, Florence Nightingale was a revolutionary figure in nursing.
By Flavia Medrut    February 8, 2018

Known as ‘The Angel of Crimea’ or the ‘Lady with the Lamp’, Florence Nightingale was a revolutionary figure in nursing.

During the Crimean War, more soldiers were dying from infections than from battle injuries. Nightingale and a team of nurses greatly improved the unsanitary conditions at a British hospital, working night and day to reduce the death count by two thirds.

Later on, Queen Victoria rewarded Nightingale’s work by presenting her with an engraved brooch and a $250,000 prize. Florence decided to invest the money in building the St. Thomas’ Hospital and within it, the Nightingale Training School for Nurses. As Nightingale ascended the ranks, she became a popular role-model for many young women, inspiring them to take on nursing.

The fact that we have a nursing profession today is, in large part, thanks to Nightingale’s dedication and commitment to serve others.

Here are 13 most inspiring Florence Nightingale quotes to heal you and those around you: Rather, ten times, die in the surf, heralding the way to a new world, than stand idly on the shore.

I attribute my success to this:—I never gave or took an excuse.

I think one’s feelings waste themselves in words, they ought all to be distilled into actions and into actions which bring results.

The very first requirement in a hospital is that it should do the sick no harm.

Live life when you have it. Life is a splendid gift – there is nothing small about it.

So never lose an opportunity of urging a practical beginning, however small, for it is wonderful how often in such matters the mustard-seed germinates and roots itself.

And what nursing has to do in either case, is to put the patient in the best condition for nature to act upon him. To be ‘in charge’ is certainly not only to carry out the proper measures yourself but to see that everyone else does so too.

If a nurse declines to do these kinds of things for her patient, ‘because it is not her business’, I should say that nursing was not her calling.

What cruel mistakes are sometimes made by benevolent men and women in matters of business about which they know nothing and think they know a great deal.

Wise and humane management of the patient is the best safeguard against infection.

How very little can be done under the spirit of fear.

Were there none who were discontented with what they have, the world would never reach anything better.