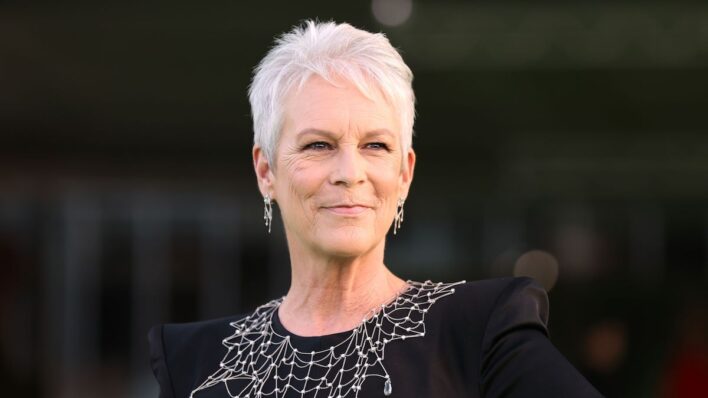 Jamie Lee Curtis Opens up About Big Regret With Plastic Surgery, and It’s an Important Lesson for Everyone

The 62-year-old isn’t shy about addressing the problem with plastic surgery and how it skews our perception of ourselves.
By Shaoni Das    October 19, 2021

The 62-year-old isn’t shy about addressing the problem with plastic surgery and how it skews our perception of ourselves.

Jamie Lee Curtis is opening up about a big regret.

While promoting her horror film Halloween Kills, the 62-year-old spoke out about the upsurge of plastic surgery in contemporary society and how it impacts women of a certain age. The pressure to conform to harsh, exacting beauty standards has always been a recurring issue in Hollywood, but lately, the practice has exploded beyond anyone’s wildest imagination.

It’s not an easy subject to maneuver; it has its fair share of both problematic associations and life-changing advantages. Can you really blame women for going under the knife if they’re facing regular abuse about their features? If they’re staring down the barrel of self-harm and possibly suicide, is that not the quickest, least harmful route to put an end to the negativity and maintain some level of sanity?

At the same time, plastic surgery, more often than not, does involve permanent damage. It might feel like a seamless way to achieving confidence but at what cost? Is it really worth messing with your natural profile? Should self-love be bought or developed internally?

Here’s Jamie’s perspective on the matter:

Jamie Lee Curtis, when asked about her experience with cosmetic procedures, said it never worked for her. “I tried plastic surgery and it didn’t work,” she said.

The Freaky Friday actress first made the admission nearly 20 years ago in an interview with More magazine, where she revealed she’d tried both Botox and liposuction in her youth. “And you know what? None of it works. None of it,” she said. Since then, she’s been on a quest to discover her worth outside of aesthetic markers. She has had to look within and muster the courage to present her authentic self, as imperfect as it may seem. For the 2002 magazine cover, she specifically asked to be photographed without “make-up, manicure, professionally done hair, jewelry or high fashion outfit.” It was her way of dispelling myths about women in their forties and what they’re supposed to represent.

In the 2021 interview, Jamie shared that her surgeries led to a Vicodin addiction, so her stance isn’t just about sending a positive, self-affirming message to young women; it’s a crucial component of her recovery. “I’m 22 years sober now,” she said. Jamie Lee Curtis went so far as to denounce the nip-and-tuck obsession running riot among the younger generation.

The current trend of fillers and procedures, and this obsession with filtering, and the things that we do to adjust our appearance on Zoom are wiping out generations of beauty.

In her view, the act of ‘filtering’ your appearance on social media or repeatedly going through these surgical operations is “wiping out generations of beauty.” There’s value in simply accepting your face and body as it evolves with you. Beauty is an abstract concept that can’t be defined, which is why it’s even more baffling to see scores of women opting to alter their looks permanently. What’s to say that the socially constructed interpretation of beauty is the correct one? Furthermore, if the perception of beauty and sex appeal is constantly fluctuating, why bother getting surgery for something that might be considered unattractive in a few years’ time?

“Once you mess with your face, you can’t get it back,” said the mother-of-two.

It’s a meaningful statement from someone who’s gone through the procedures herself and has some level of authority to speak to their detrimental consequences. Jamie pulled out all the stops to try to meet a particular demand, and it still left her feeling a “fraud,” as she put it. It didn’t do any favors for her presence of mind, it sent her deeper and deeper into a horrifying case of substance abuse, and ultimately, it didn’t do the very thing it was supposed to do: build confidence.

At the end of the day, the objective of plastic surgery is a moving target. Say, you get an incision done to be ‘X,’ and you tell yourself that is the last time you’re going under the knife. You feel sexy, you feel confident, you feel like you’re walking on a cloud. Perhaps, the maneuver was worth it after all. What happens when, a few years later, you start to realize that being ‘X’ isn’t enough; now everyone is trying to be ‘Y.’ Do you contact your doctor once again to undergo another operation? Do you invest more money and time, and energy into following the latest cosmetic fixation? If the goalpost is always moving, a single surgery will never make you feel worthy enough. You might do it over and over again because that’s what you think will make you beautiful.

Instead, Jamie Lee Curtis wants women, or as a matter of fact, everyone, to appreciate themselves as they are born, as they develop over time and reach the typical milestones. Aging is not a crime; it’s a gift, so why do we perceive it as such a dilemma? That we’re willing to spend millions and millions of dollars into reversing the process of aging? Jamie told Glamour magazine that she’d fought tooth and nail to showcase her natural body.  She hopes a young person will look at her, with her grey hair and wrinkles, and think it’s not so bad. There’s an allure to aging gracefully, and the sooner you accept this, the more liberated you become.

I would hope a young person would look at me with my grey hair and wrinkly face and say, ‘that’s cool that you are who you are.’ If I met Jamie at 17, I would hopefully be an adult who would say, ‘I see you.’

That being said, you can’t force everyone to examine their understanding of body image. Everyone has their unique journey, and it’ll be up to them how they come to cherish themselves, whether they’ve gone under the knife or not. Sometimes, plastic surgery doesn’t have to be such a complex concern; people can do whatever they want with their bodies, and it’ll be their decision to live with. Perhaps it does make them more assertive and self-assured in the long run. Maybe, a quick fix is all it takes. You can’t police their behavior and choices, so you might as well direct them to avenues that are safe and the least damaging. One thing is for sure: if you don’t have self-love, no amount of external modifications is going to make the difference.

Self-love comes in many ways

Jamie Lee Curtis isn’t wrong: once you transform your face by way of plastic surgery, you can’t go back. Not that you should feel guilty about your choice, but you should also keep in mind that you will have to embrace your natural frame at some point or the other. Plastic surgery can only take you so far, so there will come a day where you’ll have to accept and love your so-called ‘flawed’ self, no matter what. You can’t live life thinking there is a cure for everything; life is inherently messy, and there is nothing wrong with your body changing over time. As long as you can retain self-love, with the occasional bout of insecurity, you’ll thrive.