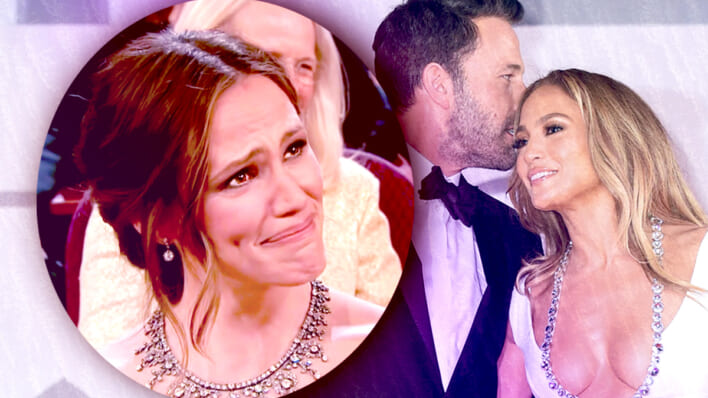 Ben Affleck and Jennifer Lopez’s surprise wedding is the talk of the town and many expected Jennifer Garner to share her opinion on her ex-husband tying the knot. But instead of joining the scores of celebrity ex-couples who have pointed fingers and passed toxic comments, Garner chose to be the rare exception.
By Apeksha Bagchi    July 19, 2022

Ben Affleck and Jennifer Lopez’s surprise wedding is the talk of the town and many expected Jennifer Garner to share her opinion on her ex-husband tying the knot. But instead of joining the scores of celebrity ex-couples who have pointed fingers and passed toxic comments, Garner chose to be the rare exception.

Jennifer Garner’s Reaction to Ben Affleck and Jennifer Lopez’s wedding may not be what you think it is. When Ben Affleck and Jennifer Garner were married, the couple owned the title of being Hollywood’s power couple. It was not because they showed up at every red carpet event together — the duo based their relationship on a strong friendship, constantly had each others’ back, and never forgot to appreciate one another. And that made all the difference.

Even though they separated years ago and Affleck has dated many renowned names in the industry — Ana de Armas, Lindsay Shookus, and Shauna Sexton — Garner continued to stick by his side as a loyal friend who truly cared about his life and goals.

Jennifer Garner Was a Positive Force in Ben Affleck’s Life

A year after his breakup with Jennifer Lopez in 2004, the Justice League star got hitched to Jennifer Garner and remained married to her for the next ten years. During this time, the couple not only embraced parenthood with the birth of their three children but also strengthened their bond by being there for each other.

While Affleck raved about the “rare” kindness and empathy that Garner possesses, she told Parade magazine how her husband was the whole package — “Ben is sexy and kind, but he’s also a riot.”

RELATED: The Truth About Ben Affleck and Jennifer Garner’s Relationship

When Affleck married Garner, he was struggling with a severe dip in his career as well as his long-term addiction to alcohol. Thanks to the constant support of his wife, something he candidly shared in a chat with Loaded magazine, he mustered enough courage and confidence to turn his life around. He decided to give his directorial skills a try and went on to helm acclaimed dramas and films like Gone Baby Gone and Argo. His career received another boost when he starred in the critically and commercially successful Hollywoodland.

“Getting to know Jennifer, falling in love with her and being connected with her gave me a foundation to reach out and say, ‘Okay, I’m going to do Hollywoodland. I’m going to direct Gone Baby Gone.’ Those were the steps forward I needed to put positive stuff on the board.”

Jennifer Garner Stood by Ben Affleck Even After They Split

Even after the couple separated in 2015 — though their divorce was finalized in 2018 — Jennifer Garner, who could have chosen to be a criticizing ex, continued to support Ben Affleck. In a tell-all interview with Vanity Fair in 2016, Garner talked about the end of her marriage with Affleck and admitted that even though he is a “complicated guy,” if given the chance she “would go back and remake that decision” of marrying him as he is “the love of [her] life.”

RELATED: What Jennifer Garner Learned From The Horror Show Of A Divorce From Ben Affleck

Jennifer Garner’s support hasn’t just been limited to praising Affleck and showing the world how modern co-parenting can work smoothly and without any hard feelings. In 2018, Entertainment Tonight reported that despite all the efforts the Argo director was putting into steering clear of his alcohol addiction, he had fallen off the wagon again. But Garner was there to help him even though his addiction had played a major role in their divorce and drove him to the rehab facility.

While Garner has been undeniably instrumental in the betterment of Affleck’s health and career, she has always opted to not comment on his love life, even when “Bennifer” started grabbing headlines in 2021.

As reported by E! News in May 2021, a source told the publication that Garner has no interest in being dragged into the media circus around Ben Affleck and Jennifer Lopez’s relationship as she would prefer to remain focused on herself and her children. “She’s trying to live her life and raise her kids, and the last thing she wants to be doing is be dealing with Ben’s love life. Her focus is always on the kids’ happiness and Ben being a good father.”

While the world was going crazy over the surprise wedding ceremony of Ben Affleck and Jennifer Lopez in Las Vegas last Saturday, the Alias star was busy having the time of her life in Lake Tahoe, California. Unlike the many celebs who choose to throw not-so-subtle shade at their exes when they get re-married, Jennifer Garner’s Instagram stories were instead giving us major how-to-have-fun-the-right-way goals.

From her story updates, it is evident that Garner had a blast while spending her weekend biking, paragliding, and enjoying the mesmerizing beauty of nature around her. There are many who are expecting her to make some comment on her ex-husband’s sudden wedding but the actress is evidently feeling no pressure to meet these expectations.

She had not been helping Affleck in hopes of reconciliation, she has been helping a friend, taking care of a person for whom she wants nothing but good things.

RELATED: Ben Affleck’s Accountability Journey Starts With Acknowledging The Women In His Past

Even though Affleck has dated many women since his split from Garner, no one has stuck around and continuously supported him like the Elektra actress. Since the rumours, swiftly followed by a confirmation, started swirling that Ben Affleck and Jennifer Lopez had tied the knot, Jennifer Garner also became a trending topic on social media.

Her fans have been sending her warm wishes and wondering how she is holding up in the face of Affleck’s marriage to a woman he was dating before he married her.

But no matter how heartfelt the wishes of her fans are, Jennifer Garner is sticking to her mantra – to keep her distance from her ex-husband’s romantic endeavors and live her own life. While Affleck’s many romances have always been in the spotlight, Garner has kept her personal life away from the media’s eye. For some time now, she has been dating businessman John Miller and is loving the fact that he is not interested in all the attention he can grab by flaunting their relationship.

As reported by Us Weekly, “[Jennifer] loves how little [John] cares for the limelight or the whole Hollywood scenester stuff.” The outlet added that the couple’s bond is “very different from Ben and J. Lo’s relationship in that way. You’ll never see them ham it up for the cameras or fixate about what events to attend together, it’s just not their style.”

RELATED: Why We Need To Talk About The Jennifer Lopez vs Jennifer Garner Conversation

The Adam Project star chilling in Tahoe, trying new things, and acing the title of amazing mom shows how she chooses to truly live and experience life regardless of the social chatter and drama around Ben Affleck and J.Lo’s wedding.

Sidestepping the expectations that come with the boon and the curse of being a celebrity while not letting negative feelings cloud a positive mindset? Now, that’s what we call living life to the fullest and Garner is hands down, acing it.