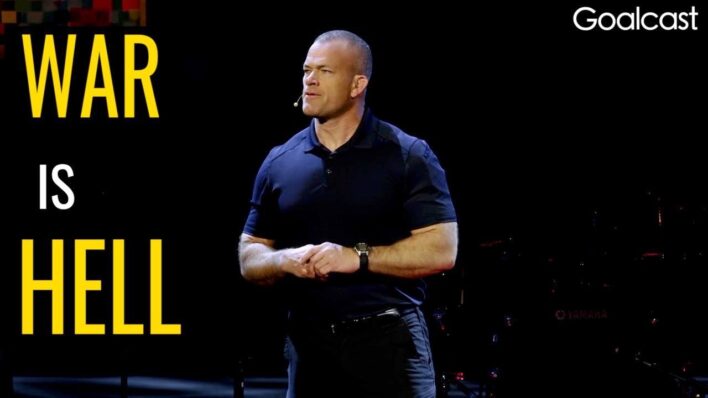 Jocko Willink – Take Ownership US Military Commander Jocko Willink recounts the horror of a friendly fire incident from the
By Goalcast    June 15, 2017

US Military Commander Jocko Willink recounts the horror of a friendly fire incident from the Iraq war, and urges us to control our egos and take ownership of our mistakes, and of our lives.

“War is a nightmare. War is awful. It is indifferent, and devastating, and evil. War is hell. But war is also an incredible teacher, a brutal teacher. It teaches you lessons that you will not forget. During an operation that I was in charge of, when all hell broke loose. We had multiple units out on the battlefield, fighting the enemy. We had friendly Iraqi soldiers. We had US Army soldiers, and US Marines, along with small elements of my seal team.

“And then, the fog of war rolled in with its confusion and chaos, and mayhem, and with its gunfire, and enemy attacks, and screaming men, and blood, and death. In that fog of war, through a series of mistakes, and human error, and poor judgment, and Murphy’s Law and just plain bad luck, a horrendous fire fight broke out. This fire fight … It wasn’t between us, and the enemy. This fire fight tragically was between us and us. Friendly forces against friendly forces. Fratricide. The mortal sin of combat. The most horrific part of war.

“When it was over, and the fog of war lifted, one friendly Iraqi solider was dead, two more were wounded. One of my men was wounded. The rest of the seals were badly shaken. It was only through a miracle that no one else was killed. Then I told them that there was only one person at fault for what had happened. There was only one person to blame. That person was me.

“I am the commander. I am the senior man on the battlefield, and I am responsible for everything that happens, everything. I will tell you something. It hurt. It hurt my ego. It hurt my pride to take the blame, but I also knew … I knew that to maintain my integrity as a leader, and as a man, I had to take responsibility. In order to do that, I had to control my ego, so that my ego did not control me. When a team takes ownership of its problem, the problems get solved. That is true on the battlefield. It is true in business, and it is true in life.