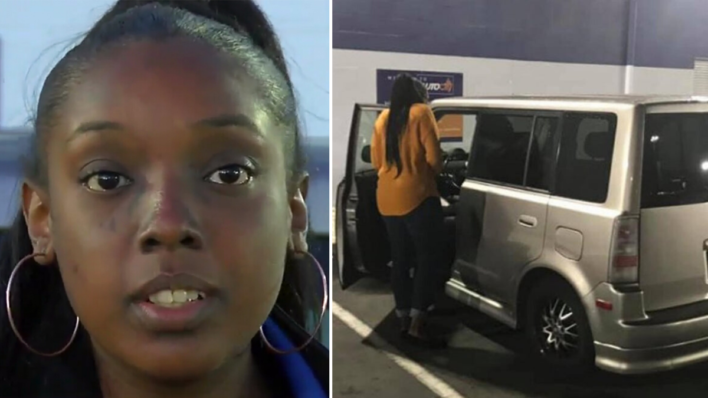 One man from California gifted his own car to a stranger when he heard that she couldn’t afford a down payment.
By Sophie Tolias    February 18, 2022

One man from California gifted his own car to a stranger when he heard that she couldn’t afford a down payment.

Unfortunately, after chatting with a salesperson, she left without a new ride because the down payment was out of her price range.

“I came to the car and I was just crying. I didn’t know what to do,” she told KGTV, adding that she needed the car to get to work.

From tears to wheels

What Cooper didn’t know was that a customer at the next table was paying attention. Dan Laguardia, who was at the dealership that day to trade in his Toyota Scion, overheard her plight and decided to step in.

I was getting a car at this particular dealership. I went in with the intention of buying the car. I was going to trade in my car and get the new car and be done. I heard Kayla crying. She got up and left pretty quickly.

He wanted to know what happened so he asked the salesman who had been speaking with Cooper and when he heard her story, he got him to call her.

“I told her, ‘I overheard what happened, I’ve got a car that you might like,’” Laguardia said. “She came back and she looked at the car. I told her, ‘This is no strings attached.’”

Laguardia said he gave Cooper his Scion instead of trading it in because “the car had more value to her than it did for me trading it in.”

That gives her a little bit of a jump-start in life. Which, if everybody did that for everybody else, we’d be in a much better place.

Cooper said she was shocked at the stranger’s gesture and couldn’t believe the 2005 Toyota Scion was hers. “I was shaking, because it’s something so unreal. It’s a whole car- how can someone be so generous to give their car away?” she told KGTV.

When you think everything is really gonna come to an end, just wait and be patient because anything is possible.

Cooper even called the life-changing act of kindness a miracle. Remember that while something may not be very difficult for you to do, it might end up being someone else’s miracle.

be kind
“Be the reason someone believes in the goodness of people.” — Karen Salmansohn