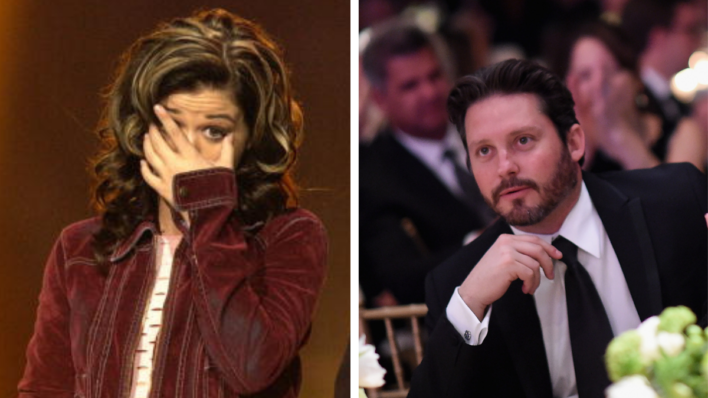 Kelly Clarkson’s divorce settlement sheds light on a much deeper systemic problem and this is why we need to talk about it.
By Shaoni Das    July 29, 2021

Kelly Clarkson’s divorce settlement sheds light on a much deeper systemic problem and this is why we need to talk about it.

Divorce is a messy enough affair as it is, but when you add celebrities to the mix, it becomes a sordid public debacle with the potential for immense emotional and financial devastation.

Look no further than Kelly Clarkson. Described in certain circles as ‘America’s Sweetheart,’ the American Idol winner is garnering acclaim across the board for her charming, albeit surprising, work on The Kelly Clarkson Show. Though she’s been putting forth a hopeful, compassionate persona on-screen, the singer’s been fighting a rather dreadful battle behind the scenes. It’s a testament to her resilient spirit that she’s been able to unite the country in kindness despite going through a nasty divorce litigation process with ex Brandon Blackstock.

July 27 marked a significant development in the proceedings when The Blast reported that Kelly had been ordered to pay $200,000 per month to Brandon in spousal and child support. Divorce settlements don’t always make headlines, so why did this particular announcement trigger a heated discourse through social media? Additionally, what does it say about the double standards that exist around divorce?

These questions merit a dissection of the whole situation.

Is Kelly’s alimony amount justified? Or is her ex-husband being greedy?

There is plenty of speculation about how the couple separated as well as the terms and conditions up for dispute. It’s meaningless to deep dive into each claim as there is no way to authenticate them properly. Unfortunately, this doesn’t apply to the audiences closely following the story, who’ve decided to draw their own conclusions based on little to no evidence.

What can be confirmed is the numerical amount Kelly is supposed to give her ex-husband in alimony. As confirmed by multiple publications, a Los Angeles County judge ruled that Kelly is to pay her former husband and manager $195,601 every month. This includes $150,000 for spousal support and $45,601 for child support, bringing the annual number to a whopping $2.4 million. Kelly is also required to shell out an additional $1.25 million for Brandon’s legal fees.

Kelly Clarkson is a hugely successful singer, producer, and talk show host; she likely wouldn’t need to cry bankruptcy over the settlement. Yet, many on the internet perceive this arrangement as a colossal win for Brandon, and by default, men in general. Divorce payments have been a thorn in the side for men for as long as the institution has existed; there is widespread resentment for how men are apparently forced to hand over large sums of money to their wives. So when the tables turn, and a woman is being made to do the same, we’re supposed to see this as a groundbreaking victory for masculinity, some sort of long-awaited tipping of scales representing justice and equality.

It’s critical at this point to stop for a second and actually consider the magnitude of what’s being asked of the 39-year-old celebrity. $200,000 per month is an astronomical value, even for a multimillion-dollar artist like Kelly Clarkson. She would have to significantly adjust her financials to make the deposits. The allowance itself is a bit nonsensical, given Brandon’s wealthy background and his profitable career in talent management. It’s not like the children wouldn’t be able to maintain their standard of life with his money alone, so it is unnecessary to have Kelly pay such a monumental amount in the name of spousal support. What’s perhaps more shocking is the initial dues demanded by Brandon’s legal team were around $436,000 per month ($301,000 in spousal support and $135,000 in child support). That’s nearly half a million dollars a month to raise two children, in addition to the sizeable salaries Brandon continues to bring in through his employment and investments. It’s a ridiculous fee whichever way you look at it, and the internet is in the right for reacting so strongly.

Is there a double standard surrounding this settlement?

On the other hand, we need to acknowledge the complexities surrounding divorce litigation; there’s a lot we have yet to learn about spousal financials, settlement clauses, income estimations, so on and so forth. That’s why these famous people build extensive legal teams to navigate through the mess. In fact, sometimes the outcome is completely dependent on your lawyer’s strategy and approach, and whether the judge is in a favorable mood. It may have nothing to do with gender, income, or morality.

There is no denying some of these alimony figures are ludicrously steep — regardless of gender. So many men pay an arm and a leg to meet these stipulations and end up in horrendous trouble as a result. It’s also accurate to say a few of the women on the receiving end don’t ‘deserve’ these handouts and are perhaps taking advantage of a system that traditionally favors them.

Yet, there is a certain kind of double standard that comes into play when you denigrate women as ‘golddiggers’ for accepting these payments but hail men as heroes for securing them. The whole concept of alimony is founded upon women’s lack of means outside of marriage, so if the union ends on the part of the husband’s misconduct, she should still be able to access the money she’s essentially entitled to as the wife. While some celebrities reverse the gender stereotype, as is the case with Kelly and Brandon, our society is still brimming with income inequality and cases where wives depend on their husbands for financial security.

Ultimately, divorce equity needs to be established through income analysis of both parties and not according to gender. For example, Dr. Dre was ordered to pay a monthly sum of $293,306 as spousal support to his ex-wife Nicole Young in a recent ruling; this valuation isn’t much higher than Kelly’s, but his net worth is 20x more. He’s worth $800 million, if not more, where she stands at a relatively measly $50 million. When you’re practically punishing a woman for daring to be richer than her husband, you’re only worsening the injustice; the income inequality will continue to persist through these legal obligations. Mathematically, Kelly will be losing way more of her holdings than Dr. Dre, and it’s going to impact her career exponentially more, too.

Bring down the systems, not the people

The way to topple gender inequality isn’t to subject women to the same ordeals men have been facing for over 100 years; it’s to systematically break down the controls that have been instituting these injustices in the first place. No man or woman should be forced to cough up a number beyond their means, and similarly, no man or woman should be entitled to a gigantic sum unless there is a need. The only way to ensure fairness is to build an entirely new framework for these arrangements, ones that are equitable and not just equal; terms and conditions that represent each individual proportionally and uniquely. Historical circumstances shouldn’t play a role in the least.

Singling out celebrities in nightmare divorce scenarios doesn’t further the cause as effectively as you might think. It just demonstrates there’s a lot of work to be done in how women not only receive their share but how they distribute their wealth. As for these tricky and unpleasant proceedings, there should be a degree of respect and understanding grounding these negotiations. Because if you lose sight of the big picture, why are you doing this in the first place?