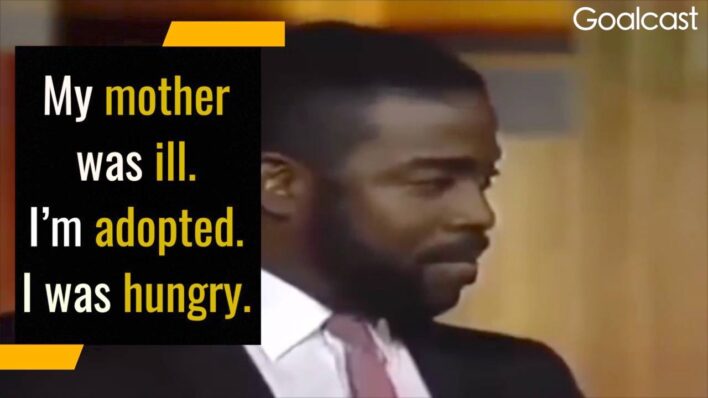 Les Brown – Control Your Destiny Les Brown talks about his rough upbringing and urges you to have the courage
By Goalcast    July 13, 2017

Les Brown talks about his rough upbringing and urges you to have the courage to chase your dreams and take control of your own destiny.

“My mother was ill. I’m adopted. I was hungry. I had to go on. Courage is going from failure to failure without losing enthusiasm. Living your dream, changing your behaviors, overcoming negative habits. It’s challenging. And then there goes a second, there goes another second, there goes another second, and we can’t stop and hold time. And before you know it you wake up one day and you’re behind on your dreams. If you don’t develop the courage to do that which has been given you do to, and you spent a lot of time going around trying to convince other people or trying to get their approval, what will happens is that you will lose your nerve, and other people will convince you that what you’re doing doesn’t have any value. Most of us go to our graves still holding on rather than releasing it. As you begin to develop and expand your skills and your talents and your vision of yourself, you will always be in control of your destiny.”