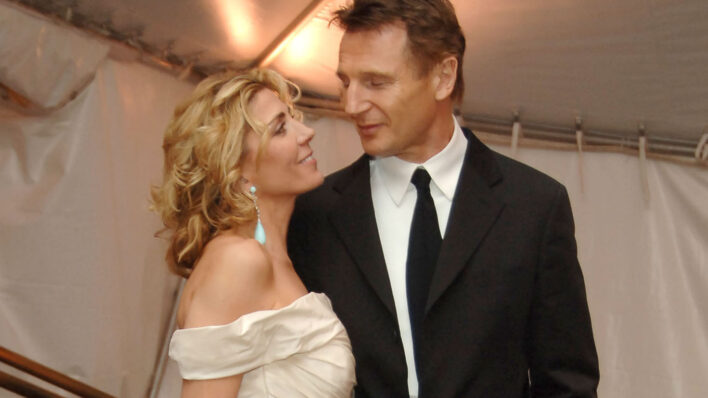 Liam Neeson and Natasha Richardson’s love story came to an abrupt and tragic end. How did he carry on in his grief? And what can we learn from him?

Liam Neeson and Natasha Richardson’s love story came to an abrupt and tragic end. How did he carry on in his grief? And what can we learn from him?

When Liam Neeson was cast in 2003’s Love, Actually as Daniel, a widower forced to cope with the loss of his wife while raising her young son, he could never have imagined how much life would imitate art.

In 2009, Neeson tragically experienced a similar storyline in real life when his wife of 15 years, actress Natasha Richardson, died in a freak skiing accident.

Neeson was suddenly left alone, raising their` two boys, Micheál and Daniel, and trying to wrap his head around the unbelievable loss of the love of his life. Here’s what their beautiful romance can teach us about love, loss, and the power of a truly unbreakable bond.

Their connection was instant but incovenient

Liam Neeson and Natasha Richardson first met when they were cast opposite each other in a Broadway rendition of Anna Christie in 1993.

The timing wasn’t exactly perfect, but their attraction was instant. Their chemistry on-stage was undeniable and garnered them plenty of critical acclaim — both were nominated for Tony awards — and endless headlines.

Speaking about their life-changing connection, Neeson told 60 Minutes, “I’d never had that kind of an explosive chemistry situation with an actor, or actress.” He continued, “We had just this wonderful kind of dance — free dance on stage every night. She and I were like [Fred] Astaire and [Ginger] Rogers.”

It was anything but easy

Due to Richardson’s relationship status at the time, the pair soon became the subject of numerous tabloid reports filled with rumors of an affair. It was anything but easy to navigate the mounting headlines, especially for Richardson.

In an interview with Country Living, the late actress admitted, “It was not an easy time when I met Liam. Working with him, what happened between us, and that becoming public knowledge in conjunction with my marriage falling apart, was kind of bad timing.”

Even so, she didn’t let the negativity spoil her desire. “I fell very much in love with him,” she revealed. She also didn’t allow Neeson’s reputation as a womanizer to stop her from following her heart. Rather, she told Country Living how she tried to find the bright side, saying, “I’m pleased that women fall in love with him because I know why.”

Natasha went all in

According to the NY Daily News, a month or so after Anna Christie finished its theater run, Richardson’s four-year marriage officially ended, but that didn’t exactly pave the way for her and Neeson’s feelings to flourish. They still had some hurdles to overcome, as Neeson left her and flew off to Poland to shoot Schindler’s List.

Again, the actress didn’t allow the imperfections of their situation to faze her. When Neeson sent her a cheeky note for her 30th birthday that read, “You’re catching up with me. Lots of love,” she went for it. Putting her cards on the table, she quipped back:

This is like a letter from a buddy. What is our relationship?

It was that simple comment that pushed Neeson to act, and act fast. No longer playing coy, he reciprocated her feelings in full and they were married in July 1994.

As the Taken star told the NY Daily News, “That was when I knew I really loved this person. I thought, ‘This is real and genuine and is something that has to be protected.’”

Neeson and Richardson enjoyed 15 years of wedded bliss, welcoming their first son, Micheál, in 1995 and, just 18 months later, their second son, Daniel. Then the unthinkable happened.

It was 2009 when Natasha Richardson traveled to Quebec’s Mont Tremblant mountain for a beginner’s skiing lesson. While there, she had a small fall, but a medical team gave her the all-clear.

Things quickly took a turn for the worse once she returned to her room and she was rushed to a Montreal hospital, as Neeson (who was on set in Toronto) rushed to be by her side.

Liam didn’t open up about his tragic loss until years later.

He recalled their final moments together, noting, “She was on life support and stuff. And I went in to her and told her I loved her. Said, ‘Sweetie, you’re not coming back from this. You’ve banged your head. It’s – I don’t know if you can hear me, but that’s – this is what’s gone down. And we’re bringing ya back to New York. All your family and friends will come.’ And that was more or less it.”

Except it wasn’t. He still needed to make the hardest decision of all, but he knew he had to do what was best for his wife.

Neeson continued, “She and I had made a pact. If any of us got into a vegetative state that we’d pull the plug. So when I saw her and saw all these tubes and stuff, that was my immediate thought.”

“Her death was never real”

Can you ever truly recover from losing the love of your life? The answer is no, according to Neeson.

As he confessed in 2014, “Her death was never real. It still kind of isn’t. There’s periods now when I hear the door opening, especially the first couple of years… anytime I hear that door opening, I still think I’m going to hear her.”

So he found the coping mechanism that was best for him — work — and dove all in. According to People, Neeson made a whopping 34 films in just nine years following his love’s untimely death.

“I’m not good without work,” he told 60 Minutes. “I just don’t wallow too much. You know? And I just didn’t want to – especially for my boys – seem to be wallowing in sadness or depression.”

As he moves forward, however, he’s never forgotten her (or everything she taught him)… and he never will.

In 2016, Neeson got candid again, this time on Facebook, writing, “They say the hardest thing in the world is losing someone you love. My wife died unexpectedly. She brought me so much joy. She was my everything. Those 16 years of being her husband taught me how to love unconditionally.”

What Liam has to teach us

He concluded with a valuable lesson that everyone should always remember: “We have to stop and be thankful for our spouses. Because, one day, when you look up from your phone, they won’t be there anymore. What I truly learned most of all is, live and love every day like it’s your last. Because, one day, it will be.”

That is as true as it gets.

The lessons we can learn from Liam and Natasha’s love don’t stop there either. Liam applied what Natasha taught him to both his work and his family life: loving his sons unconditionally and channeling his pain into positivity.

Even when love seems like it’s been lost forever, we can keep it alive by living our lives to the fullest. 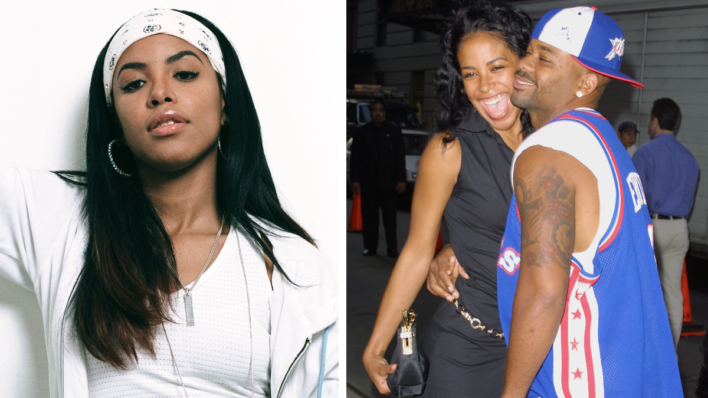