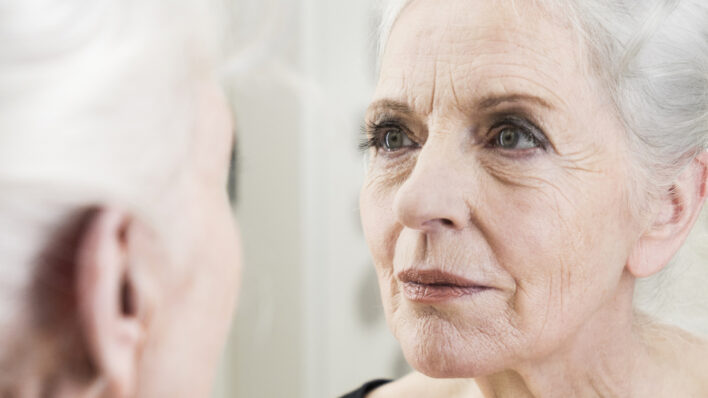 Managing the Self-Critic in You: A Comprehensive Guide

This can take time.

Our thoughts create our reality. This is especially important to keep in mind when examining how we think about ourselves. At its best, our inner monologue can empower us to make great strides in areas of our lives we care deeply about. Encouraging ourselves that we’re going to get that promotion, getting excited about a first date or thinking positively about the day ahead overall can shift our mindset and even our outcome in certain scenarios.

Conversely, having a harsh self-critic can skew situations negatively. Thinking you’re not good enough to land a new job will likely impact your performance during a job interview. Telling yourself you’re not worthy of dating a quality person can cause you to self-sabotage on a first date. Waking up in the morning thinking you won’t be able to complete the day’s work successfully, that your boss hates you and that your coworkers don’t think you’re competent are all thoughts that will fill your day with negativity.

Bottom line: Managing the self-critic in you is important for a fulfilling life. It’s perfectly natural to have the occasional doubts about yourself or examine yourself critically from time to time. However, the key is to manage these thoughts and channel them into positive change – not dwell on them or accept them as truth.

In this article, we’ll explore what self-criticism is, reasons why we self-criticize and how to manage your self-critic.

What Is the Self-Critic?

The self-critic has been examined by psychologists and scientists alike. Acclaimed psychologist  Sigmund Freud referred to the self-critic as the superego, is formed during the process of internalizing external views of ourselves. Freud noted that this process starts in childhood, where we internalize our parent’s thoughts about ourselves and believe them as truth. As we grow into adulthood, societal norms and expectations also shape our self-critic, particularly in areas where we fall short of our peers.

Our self-critic has also been examined from a more scientific lens. Constantly looking for threats in our environment, similar to the way our self-critic looks for reasons why we might fail, was thought to be a survival skill. Author Shirzad Chamine examines this in his book, Positive Intelligence: Why Only 20% of Teams and Individuals Achieve Their True Potential and How You Can Achieve Yours. In addition to our hypervigilant self-critic being on the lookout for potential threats, Chamine also says this is why our parent’s views about ourselves shape our self-critic. As children, we rely on our parents to survive. Because of this, we follow them blindly, accepting their criticisms instead of examining whether or not they’re true. The belief that our parents are right about everything, including their perceptions of us and our shortcomings, can manifest as a harsh self-critic in adulthood.

Cognitive Behavioral Therapy (CBT) also examines ways to manage the self-critic. Known in CBT by the self-critic’s output, automatic negative thoughts, this type of therapy works to identify the core beliefs that shape us, then challenge these thoughts with facts to dismantle these beliefs. For example, when a therapist is working with someone who believes they are a failure, the mental health professional may ask questions and look for instances that disprove the theory, based on the person’s life experiences.

Tips for Managing Your Self-Critic

Now that you understand what your self-critic is and how it’s formed, lets explore ways to manage your inner monologue and negative self-thoughts.

For example, say you’re leading a meeting with coworkers for the first time, and your self-critic tells you that you’ll fail. Take a moment to list out factual statements of why you might fail in that situation. Next, make a list of facts that show you won’t fail. While there may be facts on both sides of the list, having evidence on both sides of the scenario proves that your self-critic isn’t 100% accurate.

2. Keep a journal of your thoughts

One challenge of managing the self-critic is that we spend so much of our time listening to our inner monologue. Because of this, the negative thoughts we have about ourselves can become so routine, we may not even notice how often we think poorly of ourselves, put ourselves down and talk ourselves out of doing something we truly enjoy just because we’re afraid to fail.

Stopping your self-critic from continuing to dismantle your self-image once a negative thought comes up is easier said than done. One powerful tool for shifting gears can be taking yourself out of the environment you’re in and doing something that makes you feel present and doesn’t allow your mind to ruminate on the negative thought.

For example, taking a walk outside and examining your surroundings can pull you pack into the present and keep you from getting deeper into negative thoughts.

Or calling a friend and talking about a different subject can shift the focus onto something positive. Plus, speaking with someone who enjoys your company and values you as a friend helps you see yourself in a more positive light.

It’s unrealistic to think that you can manage your inner self-critic by simply swapping a positive thought in place of a negative one. However, taking a negative thought and reframing it into something real and evidence based can start to positively shift your inner monologue. For example, instead of forgetting a friend’s birthday and saying, “I’m a terrible friend,” rephrase that to say, “I try my best to be a good friend but sometimes I’m forgetful.” Making a small edit to a negative thought can go a long way in managing your self-critic.

5. Approach your thoughts as you would a friend’s

Of all the thoughts we have about people, the ones our self-critic holds about ourselves are often the harshest. Because of this, sometimes it can help to examine the negative self-thoughts we have about ourselves as if a friend was having them. If a friend came to you and said,  “I feel like I can’t do anything right, I’ll never amount to anything,” it’s doubtful you’d agree with that thought. Take the advice and compassion you’d offer to a friend who felt this way about themselves and offer it to yourself when your self-critic brings them up.

Though it may not always feel true, we are in control of our self-critic. The thoughts we have about ourselves are our own. While it’s natural and healthy to look for ways to improve ourselves, it’s important to remember and celebrate all of our positive qualities and attributes, and to work towards self-acceptance. Pay attention to negative self-thoughts when they come up, examine what facts are true about these thoughts and work on processing the thought and moving on from it rather than ruminating on it. It can take time to learn how to manage your self-critic, but it’s worth doing.