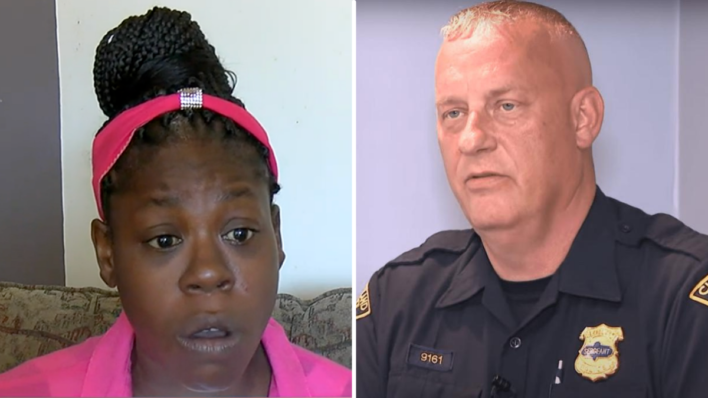 One volunteer mom at a school festival thought fast and saved a police officer’s life after he was stung by a bee.
By Lindsey Staub    September 14, 2022

One volunteer mom at a school festival thought fast and saved a police officer’s life after he was stung by a bee.

What started as a laidback school festival turned into a possible tragedy in Carver Park Estates on Aug. 20, 2022.

Sgt. Ray O’Connor, the administrative sergeant at the Cleveland Police Department Fourth District, was playing football with some of the neighborhood kids when he was stung by a bee.

What Happened After a Police Officer Was Stung by a Bee

He immediately went to his fellow officer Brooklyn Barnes and dropped the news: He was deathly allergic.

O’Connor had been stung on both his left and rights wrists. The one thing that could save him — his EpiPen — was back at the District 4 Station.

Allergies are the immune system’s reaction to foreign substances that causes the body to release a flood of chemicals that can lead to shock. An epinephrine injection, a.k.a. an EpiPen, helps counteract the allergen by releasing epinephrine which relaxes the muscles in the airways to make breathing easier.

Just after warning Barnes, O’Connor dropped to the ground, unconscious.

O’Connor was rushed to the police cruiser for first aid and on the way he kept repeating what he thought were his last words: He loved his girlfriend and he wanted his dog to go to another cop to be raised.

But it wasn’t in the squad car that he found solace — it was in Tomika Johnson, a mother volunteering at the festival. She saw what happened and took her son’s EpiPen from her house and rushed it over to Barnes who administered the injection. Luckily, the shot stabilized O’Connor until the EMS arrived.

At St. Vincent Hospital, O’Connor received the medical treatment he needed and he was able to recover.

Johnson knows the fatal risks of allergies because her 10-year-old son Zaire is allergic to a lot of things.

Johnson and her son will be recognized with the Citizen Award on October 6, 2022 at The City of Cleveland’s Fourth District Awards.

How One Mother Proved That Not All Heroes Wear Capes

O’Connor is grateful to be alive. He said that nothing compares to that near-death experience, not even the time he was shot at twice. Johnson is humble, however, and insists she only did what she needed to do.

The day after O’Connor was released from the hospital, he met up with Johnson. That’s when he learned that Zaire had recently celebrated his birthday. O’Connor and Barnes brought over birthday gifts and a $100 gift card as a thank you.

Not all heroes wear capes: Some are mothers who always carry an EpiPen around. Johnson rushed to O’Connor’s aid the moment she saw he was in need, and because of that, she saved his life.

Johnson’s display of fast-acting bravery and kindness is an example of how anyone can save the day by being vigilant and caring.