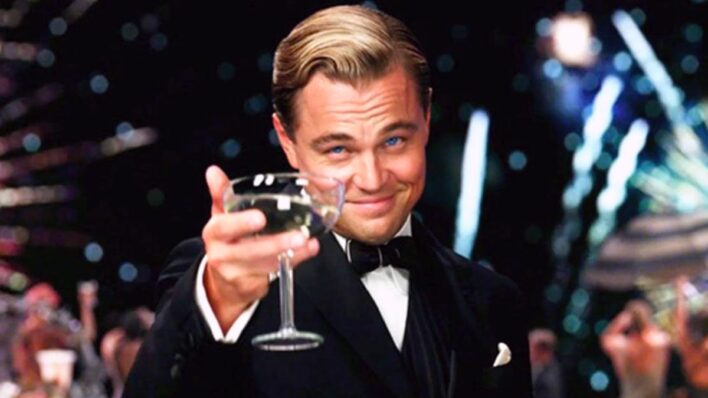 Motivational Memes: Know Your Memes. And Get Inspired, Too

Because a sense of humor goes a long way.

Funny, inspirational memes have been around for generations in one form or another, from the Mad Magazine mascot Alfred E. Neuman with his “What, me worry?” tagline to the classic yellow smiley face, often depicted in various states of pleasure, discomfort, etc.

In fact, going back 100 years one can find what the BBC argued may have been the first meme: it was a newspaper cartoon from around 1920 that depicted two side-by-side illustrations of the same gentleman. In one he is dapper and handsome, in the other awkward and gangly, the former purporting to be the man’s impression of himself, the latter the reality.

What many early memes have in common with most memes cluttering the internet today is that this generation’s memes tend toward the sarcastic, incisive, self-deprecating, or ridiculous. In other words, today there are less uplifting memes, and more that tend towards the negative.

There’s “Bad Luck Brian” in which a caption over a smiling young man describes an ironically tragic (or, best case scenario, quite embarrassing) fate befalling an individual.

There’s “Overly Attached Girlfriend,” in which the funny caption, laid over a young woman with an oddly intense gaze, expresses obsessions and paranoias that are funny when known to be fictional, but that would be unsettling in practice to say the least.

And there are any number of black and white drawings of faces in the “rage comic” category that those in-the-know recognize at once, such as the “Forever Alone” man, the “Me Gusta” head, and of course “Trollface.”

But don’t worry: even with a jungle of odd, sardonic, depressive, and ironic memes out there, the web is also home to some greener pastures inhabited by happier memes, motivational quotes, and motivational memes to inspire and amuse.

If a quick glance at Bad Luck Brian can call to mind life’s setbacks, failures, or outright catastrophes, a quick glance at the right motivational meme can call up some inspiration to keep going with a workout or to go ahead, take a few deep breaths, and finally make that call to a crush. For every odd Me Gusta out there, one can find an awesome meme to motivate you and brighten your afternoon.

Alright people, before we go and find motivation from the memes out there, first let’s make sure we’re on the same page here. So, what is a meme, anyway?

What is an internet meme, you ask?

And hey, it’s OK that you’re asking! Lots of people out there probably have a general understanding of what a meme is but would be hard pressed to give you a clear, concise definition of a meme if asked. Let’s make sure you’ll never be one of those people again.

Merriam-Webster’s dictionary gives two definitions of the word “meme,” the first of which has been in use since the late 1970s, the second of which is, of course, much more recent.

1:  An idea, behavior, style, or usage that spreads from one person to another in a culture

2:  An amusing or interesting picture, video, etc., that is spread widely through the Internet

A meme, in today’s use, is essentially an image with a bit of text and in which the image is quickly understood to convey a general sentiment.  This sentiment could be one of irony, success, cleverness, sadness, revelation, etc. The text to outline a specific circumstance, yet without such specificity that the meme cannot be enjoyed by or even applied to a vast number of people.

Now that we’ve covered memes as a general concept, let’s get to the good stuff: those motivational memes that can make you feel good. No… feel great.

An inspirational meme is supposed to uplift and inspire you, to amuse and enthuse you, and to help you stay strong and positive. If you find more motivation in stoic philosophy than in a clever snapshot with a humorous admonition overlaid, so be it.

On the other hand, if you find a funny and inspirational motivational meme gives you the little push you need to get to the other side of a challenge, why denigrate it as just a meme? Sometimes, every week can be a challenge, so why not enjoy the next seven days as you accomplish your aims with the help of a little humor and inspiration?

The best motivational memes matter because they call up something in ourselves and because they create a sense of connection with others. Sure, it’s all well and good if the image and words on a meme make you better prepared to put in some hard work, apply for that dream job, or reach out to an old friend.

But it’s even better when that motivation comes with the warmth you feel after a friend took the time to share a meme with you. Or there’s the good feeling you get when you share a meme with others, or even simply share in enjoying one an internet stranger posted for all to enjoy.

A motivational meme shared via email, text, or social media is the latter day equivalent of a “thinking of you card” with an added dose of encouragement, while an inspirational meme you spot posted more generally online is more like “thinking of all of us.” Either way, the vibes are good. And we can all use more motivation, no matter where it comes from.

The best motivational memes on the internet today

There are no hard and fast rules as to what does or does not count as a motivational meme. You can create your own original inspiring meme and share it with your friends, or find one in this article, and pass it on to your friends.

On the other hand, to be sure, there are a number of motivating memes on the web that have spread around the globe and that truly deserve their place in the pantheon of great memes. Let’s take a look at a few of the best motivational memes out there right now.

“Success Kid” has been around for nearly 15 years, the meme first appearing back in 2007, according to Know Your Meme. In the meme, a baby (later identified as Sammy Griner) appears to pump a clenched fist in a victorious pose, his posture and facial expression epitomizing, well, success.

Captions laid over Success Kid include things like: “Late to work… boss was even later” and “Starburst 2-pack… both pink.” The Success Kid meme reminds us to celebrate the little victories in life, and after all what is a good life but a series of more positive than negative moments strung together over the years?

Another popular “success” type meme shows a hedgehog being held in the air by a human hand with its own paw lifted skyward in what looks very much like a victory pose. Captions overlaid on this charming critter usually read something like: “Don’t worry, you got this!”

“Patient Bear” is a meme in which a black bear sits, well, patiently at a park picnic table, with the caption: “Patient bear will be ready when you are.” It has since been altered with photo editing software to show the bear sitting calmly with everything from dogs to President Obama to Keanu Reeves.

The late painter Bob Ross is also a frequent figure in memes, with his easy smile and well-known warmth often joined by quotes much like he actually spoke on his show The Joy of Painting, such as the words: “Ever make mistakes in life? Let’s make them birds. Yeah, they’re birds now.”

There are a number of motivational memes in which the intent is to celebrate, congratulate, or encourage the reader directly. One of the most popular shows a tuxedo-clad Leonard DiCaprio raising a toast, while another shows Bill Murray pointing at the viewer with a subtle smile in his eyes.

And finally, we would be remiss not to mention the inimitable Nicolas Cage when discussing actors and motivational memes. Though the actor’s often extreme facial expressions have also led to their share of memes decidedly relegated to other categories, there are countless memes floating about the web in which Cage gives a reassuring wink or a glowing smile over which captions tend to comfort and encourage their viewer. One classic example laid over a Cage smile simply reads: “Feel that? That’s Friday.”

Funny, inspirational memes are usually welcome, but know your audience

Of course one always means well when sharing (or even making) a motivational meme, but do make sure you pause before you post one to your Facebook feed or fire one off in a text to your sister-in-law, because not every person is going to respond to every meme in the spirit with which you may hope.

Internet memes are, to a large extent, a generational phenomenon, and thus many older people may miss the implications of a meme and may misconstrue the meaning of it, both inherently and in its being shared.

And amazingly, some memes are so old now that younger people may also fail to grasp them in their context. Just as a motivational meme can inspire and uplift one person, there is always a risk of confusing or offending someone.

When in doubt, stick with words so you don’t have to worry about a misstep with memes. When you’re confident the other party or parties will get it, then by all means share those inspirational, motivational, and often hilarious memes.