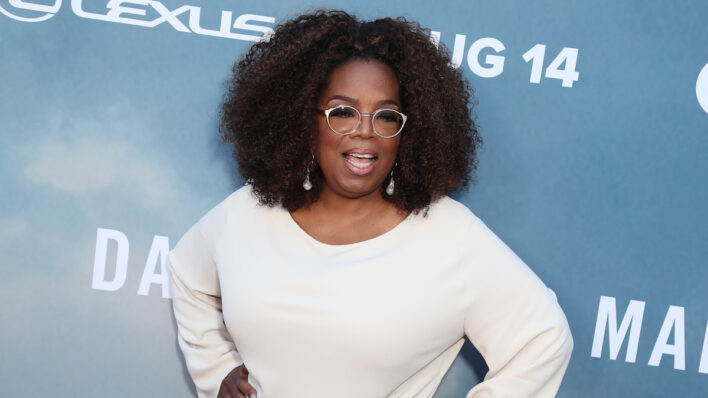 Even though Oprah’s success has served as a driving force behind many other people’s accomplishments, she still has had to deal with the reality of racism.
By Flavia Medrut    December 22, 2021

Even though Oprah’s success has served as a driving force behind many other people’s accomplishments, she still has had to deal with the reality of racism.

Oprah Winfrey is considered one of the most influential personalities in the US. Also known for her positive impact, Oprah has inspired millions of people to embrace their greatness. By being a genuine empath with an authentic flair, she has the ability to touch souls and has made a meaningful difference in the lives of those who listened to her advice.

Because of the mega-star’s long list of achievements, some people would find it hard to believe that her road to success was filled with many obstacles and challenges. As a matter of fact, most of those who watch Oprah’s show know the host only for her wealth and accolades but not for her humble origins.

Before becoming one of the most powerful celebrities in the world and the first female African-American billionaire, Oprah had to rise from the depths of poverty. But even with such a status and even if she continues to help others become the best version of themselves, she still faces the cruel reality of racism.

The media mogul has talked about a couple events that made her feel discriminated due to her skin color, but before diving into those stories, let’s talk a bit about Oprah’s difficult road to success.

Before fame, Oprah lived in poverty and abuse

Winfrey was born to a single teenager mother and grew up at a small farm in Mississippi. She felt unwanted and neglected as she was permanently shuttled back and forth from her grandmother to her mother.

She’s spent most of her early years with her grandmother. They were penniless so Oprah had to wear potato sacks as dresses. And as if that wasn’t enough, her grandma would constantly beat her.

When she turned six, her grandmother became ill so she moved with her mother in a boarding house. There, they lived on welfare and on her mother’s wages from cleaning houses. This doesn’t sound like the beginnings of billionaire, and yet it is.

It is easy to understand why a neglected child is more vulnerable. On one hand, they are left to do all kinds of stuff on their own without being guided or supervised. On the other hand, they are exposed to all kinds of evil, including sexual abuse. Sadly, this was the case for Oprah…

When she was 9 years old, she was left in the care of her cousin who raped her. She was also abused by other relatives, including her mother’s boyfriend, and the abuse continued until she was 13 years old. That’s when Oprah decided to run away from home, but the tragedies didn’t stop there.

At 14 years old she found out that she was pregnant and the pregnancy was the result of the sexual abuse she endured. She gave birth to a son that died premature at the hospital. She even had a name for him – Canaan. The experience scarred her so much that she decided to never have babies again. However, that didn’t stop her from taking care of other children and the girls at her boarding school in Johannesburg.

Heartbroken after losing her son, Oprah moved to Tennessee with her father who made education a high priority for her.

After winning a public speaking contest, the future queen of the celebrity sit-down received a full scholarship to Tennessee State University. Later, she got a few broadcasting jobs before she became the host of her own morning show – A.M. Chicago. The show became a hit and it was renamed The Oprah Winfrey Show.

Now, Winfrey has her own network – the Oprah Winfrey Network (OWN) – which features entertainment and lifestyle shows that target African American audiences. When asked about her past in poverty, Oprah stated: “I am so grateful for my years literally living in poverty because it makes the experience of creating success and building success that much more rewarding.”

However, the media mogul also acknowledges that she is an unlikely emblem of success. Opening up to Larry King, Oprah candidly reveals the other facet of being a black woman and achieving an inordinate amount of fame and power in an industry that is already notoriously hard to break into.

I think the higher up you go in the chain of capitalism, your experience sexism? Huge because of the expectations of who you are and what you should be doing as a woman and as a black woman. You’re breaking new ground, and so people don’t expect you to be sitting at certain board tables, people don’t expect you to be able to break down certain barriers.

Earning success has changed a lot – but not everything

Successful as she may be, Oprah still has had to face some experiences that she deemed “clearly racist” despite her worldwide fame. In 2013, she offered the details of such a story on Larry King Now.

While in France, Winfrey saw a sweater that she liked in the window of a store in Rennes. But when she tried to enter the store, they wouldn’t open the door.

And I am not the person who pulls the race card, so I am just like, wow, I wonder what… do they see us out here?

She went across the street with her colleague and called the shop to see if they are open and… they were, but apparently not for everyone. When they came back the doors were still closed. They simply refused to let them in, but it was only after she saw two white women going into the store that she realized it was “a racist moment.”

Oprah called again on her way back to the US, looking for an explanation and she got one. They said that they were robbed by two black people the week before and they were afraid to open the door. They offered to send the sweater for free, but by then Oprah didn’t want it anymore.

In 1990, Julia Roberts made history with Pretty Woman. At one point in the movie, Julia’s character who is a prostitute, is refused service in a chic and expensive Beverly Hills boutique. The salesladies had a condescending attitude and were quite rude.

While she was in Switzerland to attend Tina Turner’s wedding, Oprah had a pretty similar experience. It happened in a Swiss high-end handbag shop.

She asked the woman at the store to show her a bag, but she refused saying that it’s too expensive. That lady clearly had no idea who she was talking to. Oprah asked two more times to see the bag (a $38,000 crocodile skin handbag by Tom Ford), but the saleslady refused giving for a reason that she would not be able to afford it.

Shocked (and probably offended) to see that kind of attitude in Switzerland, Oprah chose to walk out of the store without causing a scene saying “Ok thank you so much, you’re probably right, I can’t afford it.”

Oprah believed the salesperson thought she could not afford the bag due to the color of her skin. Needless to say that she got a little pissed-off afterwards and wanted to go back to the store to buy everything just like Julia Roberts did in Pretty Woman but decided instead to hold back.

I wanted to go and create a Pretty Woman moment and go and come back and buy everything and say ‘Big mistake!’ But then I thought she’d get commission so let’s not do that.

Sometimes, being the bigger person is the best decision

Oprah was named the most powerful celebrity in the world by Forbes and it’s hard to believe that even at that level of success she’s still discriminated from time to time.

Clearly, the world can be a cruel place for anyone, regardless of their status. However, what we admire most from Oprah’s unfortunate experiences is the fact that she remained cool and chose to not cause a scene. While most celebrities would’ve pulled the “Do you know who I am?” card, she didn’t.

If you’ll ever find yourself in a similar situation remember that the best thing you can do is to elegantly walk away and leave those petty people behind. Their words shouldn’t hurt you because the opinions of someone who discriminates based on skin color simply don’t matter.