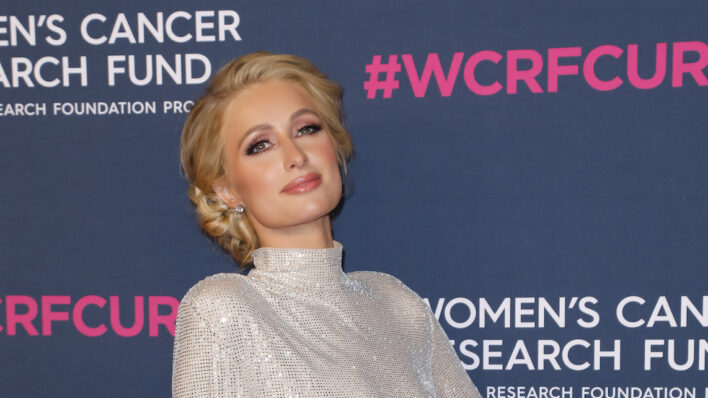 What Happened To Paris Hilton? The Dark Truth Behind Her Princess Life

Most people know Paris Hilton as the party-loving socialite from the early 2000s. Not many would ever suspect that behind the fun-loving facade, Paris is a survivor of abuse determined to make a difference in the world.
By Shaoni Das    September 17, 2020

Most people know Paris Hilton as the party-loving socialite from the early 2000s. Not many would ever suspect that behind the fun-loving facade, Paris is a survivor of abuse determined to make a difference in the world.

When we think of Paris Hilton, we always have a certain image in mind: the ditzy, dumb, conceited, blonde heiress. What we don’t realize is that her public perception has very much been shaped by the media; these platforms have profited off depicting Paris in a certain way as to generate more views, more sales, more clicks, more everything.

While it’s no secret that Paris has made some problematic decisions over the years, it’s also unfair to examine those choices without looking into her past. Believe it or not: before the sex tape, the reality shows, the perfume lines, the horror movies, Paris was just an innocent teenager.

In the documentary This Is Paris, it emerges that Paris as a teenager wanted nothing more than to fit in and be loved by her family and friends. Her adolescence, however, was rife with personal tragedies and insecurities, which led to further pain and disillusionment in her twenties and thirties.

At 39, Paris has learned her lessons; she has found it in her heart to move on and focus on building a world that is just a little better than it was yesterday. Her journey from a bad-girl socialite to a confident businesswoman tells us that it’s difficult but not impossible to heal from those tragedies and live our life with purpose and meaning.

As a teenager, Paris had developed a reputation for being a party girl. In the documentary, she recalled being “addicted to the nightlife” in New York. Her parents were growing more and more concerned over their young daughter’s behaviour but instead of addressing those issues in a reasonable, empathetic manner, they decided to ship their child off to a boarding school.

At first, she was sent to an “outdoor wilderness program,” revealed Paris’s mother, Kathy Hilton. Hailed as an “emotional growth school,” in the middle of nowhere, this camp forced Paris and other teenagers to do manual labour all day long. Paris tried to break out of the facility with another girl but they were caught and brought back. Paris described the ordeal, saying:

The guys that worked at the camp grabbed us and then we got back and they literally just beat the hell out of us in front of everyone.

Paris was then sent to another camp for troubled teenagers but she managed to run away this time for real. Kathy and Rick Hilton were getting more and more impatient by the minute; finally, they decided to ship Paris off to Provo Canyon School in Utah. To avoid Paris’s protests, her parents literally arranged for strangers to grab their daughter off her bed in the middle of the night to take her to the school. Paris thought she was getting “kidnapped,” at the time.

The school itself was the “worst of the worst.” The school operated under rigid structures that didn’t allow any recreation or fun of any kind. Paris said:

There’s no getting out of there. You’re sitting on a chair, staring at the wall all day long, getting yelled at or hit. I felt like a lot of the people who worked there got off on torturing children and seeing them naked.

Paris added that the school would prescribe these unknown pills to the students. Paris had no idea what they were for but they made her feel “tired and numb.” When Paris refused to take the pills this one time, she was basically locked in “solitary confinement,” without any clothes for twenty hours straight.

I was freezing, I was starving, I was alone, I was scared […] It’s terrifying, and I relive that every night. I experienced it, and to this day I’m still traumatized […] They were constantly being abusive in every way.

Paris said that she still suffers from insomnia and nightmares as a result of her experiences at Provo. Furthermore, she began to “hate” her parents for putting her through the whole mess.

Her boyfriend had pressured her to make the infamous sex tape

Paris’s early “claim-to-fame” was widely believed to be the sex tape that leaked in 2003. The tape was recorded in 2001 with her ex-boyfriend Rick Salomon. The public’s assumption that Paris herself released the tape to achieve fame couldn’t be further from the truth —the sex tape was released without her consent.

Paris said she was just eighteen and not in the right “headspace,” when she made the choice with Rick. For a girl who’d been so starved of love and appreciation in her life, she wanted to do something that would please her boyfriend and put her in his good graces. She said about the matter:

I was just so in love with him and I wanted to make him happy. I just remember him pulling out the camera, and he was kind of pressuring me into. Like, ‘Oh, you’re so boring. Do you want me to just call someone else? No one will ever see it.’ It was like being electronically raped, and for people to think that I [leaked] it on purpose?

The sex-tape incident, in combination with the betrayal of her parents, turned Paris into a perpetually untrusting woman. Over the years, she said she has endured five abusive relationships, some of which turned physically as well as mentally violent. She had even sworn off men for a while.

I was like, ‘He loves me so much that he is going this crazy.’ I just wanted love so bad that I was willing to accept being hit or yelled at or screamed or strangled. A lot of things.

Even now, she has to take a number of precautions to maintain romantic relationships with her partners. First, she said she sets up cameras in her room so she can keep track of what happens when she’s not there. Then, she also gets a new computer every time she has a new beau so they don’t try to break in or threaten her for passwords.

The latest documentary also sheds light on Paris’s ambitions as she approaches forty. Though her sister Nicky insists that she should be less focused on being “greedy,” Paris is insistent that she wants to be a billionaire, but she definitely does want to become a mother down the line. She said:

The entrepreneur revealed that she’s frozen her eggs, so she does have the option to undertake motherhood at some point in the future.  As for the time being, the influencer is dedicating her energies to building her empire through the various projects she’s got in the works. She also wants to raise awareness about Provo Canyon School, which has been slammed with 56 accusations of either physical and sexual assault. She told PEOPLE:

I want these places shut down. I want them to be held accountable. And I want to be a voice for children and now adults everywhere who have had similar experiences. I want it to stop for good and I will do whatever I can to make it happen.

Thinking in stereotypes doesn’t help anyone

Paris Hilton has often been portrayed as the epitome of the rich, blonde girl who’s had everything spoon-fed to her since birth. Though she grew up privileged in many ways, she too suffered from having negligent parents who didn’t want to truly know or help their daughter. As a result, Paris dreamt of getting out of their shadows and building her own brand. In her worst days at Provo, that’s all she ever dreamed of.

“Thinking about what I wanted to do and who I wanted to become when I got out of there,” was the mantra that drove her as a young woman.

The fact she was able to heal and put her life back together despite the obstacles that jumped in her way is remarkable in and of itself. Along the way, she made mistakes, learnt from them but managed to zero in on the big picture. Her story tells us that we should never judge someone based on the stereotypes slapped on them.  Paris was never the dumb blonde; she has been a kind, thoughtful, and driven activist that wants to make the world a better place.

Paris is hardly going to be the last individual with whom we judge based on stereotypes. Therefore, it’s worth remembering that you can’t judge a person without interacting with them or knowing their background or story. Everyone’s fighting their own struggles behind the scenes, even the ones we assume to be privileged and fortunate. Perceiving people as who they are, as opposed to what they seem like, doesn’t just go a long way in building more fulfilling, stronger relationships in our life; it helps us spread more compassion as everyone continues to face challenges.