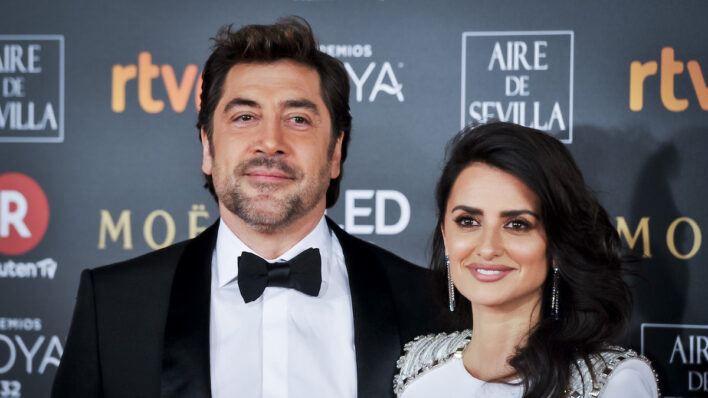 Penelope Cruz and Javier Bardem may be one of the most secretive couples out there but that’s exactly the key to their long-lasting union. This is how they’ve managed to defy the odds of celebrity relationships while still working together.
By Barbara Pavone    August 7, 2020

Penelope Cruz and Javier Bardem may be one of the most secretive couples out there but that’s exactly the key to their long-lasting union. This is how they’ve managed to defy the odds of celebrity relationships while still working together.

Mixing business with pleasure can spell disaster, but not so if you’re Penélope Cruz and Javier Bardem. The Spanish actors have been married for a decade and have repeatedly worked together since first meeting on a film set back in the early ‘90s.

Their collaboration on- and off-screen has actually made their bond stronger and their acting better. And that’s strictly because they know how to separate life from fiction. While both Oscar winners prefer to keep the focus on their work and off their family, they have offered us the occasional glimpse into their winning union.

Here’s what we can learn about thriving in life and love from Penélope Cruz and Javier Bardem:

It was 1992 when Penélope Cruz had her big break in the Spanish language film Jamón Jamón and it was on that set that she met another rising star, Javier Bardem. He played her love interest on the big screen and, almost two decades later, became her real-life husband.

Despite filming a number of steamy scenes (including one in which Cruz is completely nude), however, the couple’s connection didn’t turn into anything more until years later. When the pair reunited on the 2007 set of Woody Allen’s Vicky Cristina Barcelona, they quickly began dating, proving that timing really is everything.

Timing can make or break a relationship

There was a 15-year gap between the time Penélope Cruz and Javier Bardem first met and the second time they acted together and yet, once they did reunite, they quickly realized something special was happening. They had both grown up and evolved and the timing was right to pursue something serious.

Remembering that summer when their romance began to bloom, Cruz told Marie Claire, “You know it’s the beginning of something, but you don’t know what it’s the beginning of. My life is… a very different life,” she noted. “But it’s the life that I always wanted since I was a little girl. When I was four or five, I was already performing, and the characters in my games were always mothers,” she revealed.

I really wanted to be a mother, for as long as I can remember. But I did it when I felt the time was right — the right time, the right person.

That person would prove to be Javier. The pair began dating in 2007, but kept their romance under wraps until 2010. That year, while accepting the Best Actor award for Biutiful at the Cannes Film Festival, Javier spoke about Cruz publicly for the first time, saying, “I share this joy with my friend, my companion, my love: Penélope. I owe you a lot and I love you so much,” he proclaimed, bringing her to tears.

It was that same year that the Oscar winners said “I do” in a family-only ceremony at a friend’s home in the Bahamas and, in 2011, they had their first child, son Leo, followed by daughter Luna in 2013.

You need to make your priorities clear

Penélope Cruz and Javier Bardem are both huge Hollywood success stories and yet, once they got together, they knew their priorities needed to shift. Work could no longer be No. 1 — now, it was all about family.

Speaking with Vulture in 2019, Javier got candid about the importance of prioritizing family over work, as well as drawing a clear line between the two. “Life has changed,” he noted. “We’ve grown up.” Explaining that “everything is different once you’re family,” he added, “That is the priority, as it should be. We’re no exception from that. We work as hard as we can, but we recognize how hard we can work depends on each other’s needs.”

It’s important not to be confused by fiction. Fiction is fiction, reality is its own thing.

This notion has proven especially important since the two actors have continued working together. Following Vicky Cristina Barcelona they starred in 2013’s The Counselor, then 2017’s Loving Pablo and, most recently, 2018’s Everybody Knows.

Explaining the importance of setting boundaries, Bardem told Vulture, “When you’re younger — because we’ve worked together many times over the years, we met when I was 21 and she was 16 — you tend to confuse one for the other, or mix them. Now, I’m going to be 50 in a few weeks, and I don’t do this anymore,” he said.

“[Penélope] is the same way. You must always know when you’re working on a level of re-creation, outside of real life,” he proclaimed. “Penélope and I, we have to protect the ‘us.’”

Penélope Cruz has also addressed the importance of separating life from fiction, telling Vanity Fair that she and Javier set boundaries when they collaborate and that she no longer draws inspiration from her personal life when she acts.

Having a partner who’s on the same page has also been a big win for the couple. “The fact that [Bardem and I] lean on each other and trust each other so much really helps,” Cruz continued, but admitted to Marie Claire that “it’s not something we want to do that often.”

“Partly out of a desire to protect what we have,” she elaborated. “On the one hand, it’s easier because you know that person, he knows you, and the way you work is very similar. On the other hand, the idea of it happening every year is kind of scary. You never know if that might mix things up too much,” she reasoned. “My instinct is that it would. I think it’s better for it to just be once in a while, even though they’ve been very good experiences.”

As the actress told Vanity Fair, when she does work with her husband, it’s always rewarding. Shooting a film is more special with him by her side “because I really respect his opinion — obviously his is one of the most important opinions in my life. You are doing your work in front of this other person who is [on screen] not your husband,” she said. “You feel a little more observed, but you know you are being observed by someone who you trust, who has your back.”

Director Asghar Farhadi, the man behind the pair’s most recent collaboration, Everybody Knows, was impressed by this approach. “I was full of admiration to see the way Penélope and Javier managed to have very clear limits between fiction and reality, life and work,” Farhadi told Vanity Fair. “Their family [life] is so simple and harmonious together with their children. They are the very symbol of a happy couple, a loving couple,” he added. “It was very positive for me to see what deep respect they have for each other.”

Not everything needs to be public

In the age of ‘If it’s not on Instagram, it didn’t happen,’ Penélope Cruz and Javier Bardem’s secretive approach to love may feel old-school, but it’s a winning formula. They don’t post about each other on social media; they don’t talk about their relationship in interviews; and they don’t allow media to dissect their sacred bond for profit.

When Marie Claire asked Cruz about motherhood, for example, she instantly said, “The thing is, I never speak about the children in interviews. I don’t care if people think I’m strange; that’s sacred for me.”

The actress eventually did answer the question by saying “it’s the thing that has made me happiest,” but didn’t offer much more than that. As she told Tatler in 2019, she and Javier made “a really good decision for us, not to talk about our relationship. It would feel very strange to do it a different way. I just couldn’t do it,” she said.

Not shouting your love from the rooftops doesn’t make it any less valid. Rather than letting the outside world in, Penélope Cruz and Javier Bardem have chosen to keep their relationship close to their hearts and it’s sure worked in their favor. Because, at the end of the day, your relationship is for you and your partner and doesn’t need to be exposed on social media, in film, or anywhere else.