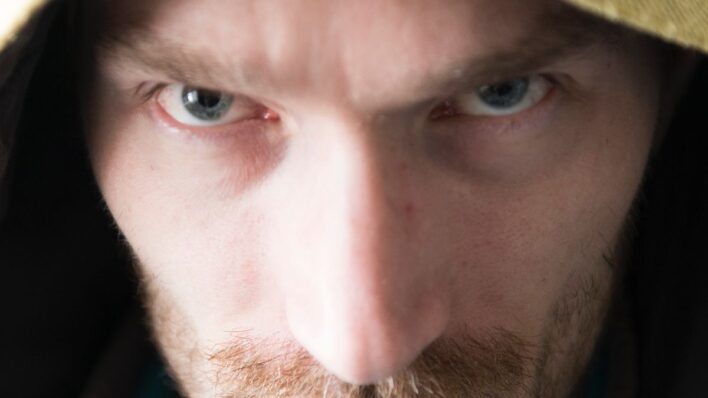 All You Need to Know About Psychopathy, the Dark Personality Trait

Lack of remorse is a big clue.

The world is filled with a diverse assortment of people and personalities. Each with their own particular history, perspective, and lessons that shaped them throughout their life. It can be extremely difficult to understand where someone is coming from when they do certain actions we may not understand.

Having empathy and an openness can be difficult sometimes with people we know and love. However, from a psychological perspective, it’s important to note certain behaviors so we can better determine why certain people are more prone to certain decision making processes.

Psychopathy is a condition characterized by a certain callousness, or lack of empathy for others and your surroundings. Detachment is a major sign of a psychopath and it often enables them to be highly manipulative. They appear as polite, even charming in many instances, but underneath lies a lack of conscience.

There are numerous signs that exhibit whether someone may or may not be a psychopath. In general, our personalities are diverse and we all show signs or symptoms of something. However, psychopathy has some distinct signs that are quite unusual in the average person.

Glibness/superficial charm: a trait that is difficult to decipher. Evidently, alone the trait has no significance but alongside the many other traits, it can paint a grim picture. People who always have to put on a show, and have a sense of fake energy are definitely ones to avoid.

Grandiose sense of self-worth: an important trait to have for everyone, because we all deserve to be confident and feel good about ourselves. However, too much of this is a bad sign that you’re on the wrong path. Especially if this feeling is paired with putting others down to constantly make yourself feel better. If you know someone who does this, steer clear.

Pathological lying: there’s really no excuse for pathological lying. Someone who constantly needs to make things up is in a dangerous place. Whether it’s a safety mechanism to constantly protect themselves from unrealistic threats, or just because they enjoy lying as a practice, it’s never good to create a false reality for yourself or the people around you.

Conning/manipulative: a trait that is definitely sign this person has gone too far. Conning is a dangerous game that more often than not harms innocent people. Manipulating someone for your own good is a serious dysfunctional attitude and not something to be taken lightly.

Lack of remorse or guilt: is one of the last major signs of a psychopath. People most definitely make mistakes, lie, cheat and do all sorts of things they never truly intended or wished for themselves. If this person feels no remorse for their actions after it all, they may just be a psychopath.

Psychopathy: Cause and Effect

One study conducted on London males between the ages of 8 and 48 included studying on whether environment played a role in their actions. The critical factors were: having a convicted parent, being physically neglected, low involvement of the father with the boy, low family income, and coming from a disrupted family.

Other important factors included poor supervision, harsh discipline, large family size, delinquent siblings, young mother, depressed mother, low social class, and poor housing. There was a strong association between these factors and psychopathy, as well as being mistreated by your peers. However much of the data still showed heritability was the strongest indicator of whether someone was psychopathic or not.

Research by the Encyclopedia of Mental Health indicates that there are genetic influences that account for all of the psychopathy elements. Though environmental factors look to be closely related to the disorder, determining the nature between these factors and expression of psychopathic traits is a very important goal for future research.

“What is clear is that psychopathic traits, once present, are relatively stable throughout development. The occurrence of psychopathy does not appear to be more prevalent in one racial or ethnic group than others. However, the data suggest that the syndrome is more prevalent in men than women,” explained the research by C.S. Neumann and colleagues.

There’s a number of reasons why but studies have found that a majority of psychopaths in jail have committed a violent or sexual crime. It can be extremely difficult to diagnose or even realize before more severe actions have been committed by the individual.

What is important is to stay mindful of these traits and how they all play into each other. Recognizing a psychopath can be extremely difficult and it’s important to be aware of all the signs. Especially if you feel you’re being taken advantage of, gas-lit, manipulated or worse. Sometimes it can be impossible to communicate your feelings to someone else, so you have a responsibility to first, recognize it and then stand up for yourself.

Therapy and other options of self-healing and discovery are great ways to alleviate the symptoms.

Working through the trauma, accepting ourselves and others, and finding ways to help are all important facets to healthy relationships, and thus a healthy life.

We need to be sure to stay aware of our surroundings, and most importantly set boundaries that will secure our safety and overall well being. There’s a little bit of these traits in all of us, and a healthy balance of understanding, but overall security is our best chance at a full existence.