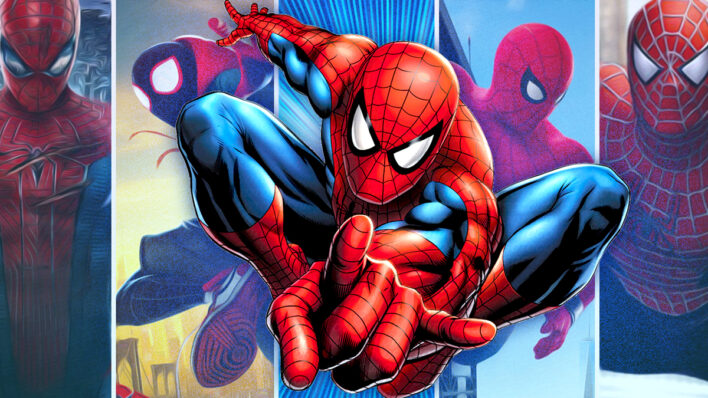 Spider-Man may be the most fallible superhero in the Marvel universe. And yet, despite that – or, in fact, because of it – he has also become the most inspirational comic book character in history. Here are some of his most amazing quotes.
By Shaoni Das    April 7, 2022

Spider-Man may be the most fallible superhero in the Marvel universe. And yet, despite that – or, in fact, because of it – he has also become the most inspirational comic book character in history. Here are some of his most amazing quotes.

There is a reason Spider-Man is widely regarded as one of the most endearing characters in the entirety of fiction.  He isn’t just an immensely charming superhero who manages to straddle the line between relatable and extraordinary, he’s an aspirational figure who represents the very best of humanity.

RELATED: The Best Quotes from Star Wars’ Yoda About Fear, Patience and Knowledge

Since his first appearance in the anthology comic book Amazing Fantasy #15 in August 1962, Spider-Man and his supporting characters have been on a mission to capture the world’s hearts, teaching us how we can live our life with a little more dedication.

Here are 10 of the most powerful quotes from the Spider-Man Universe!

Full Quote: “Playing super hero isn’t a game. It’s fate. We choose to do good. Choose to do bad. We had a choice.”

Regardless of whether you’re a superhero or not, the idea of having a “choice” rings true for everyone. You can always choose to be a better person, to do something that will bring change to your community, to devote yourself to acts of kindness. It could be something as fleeting as making a stranger smile, or in this case, saving a boy during a fight between Ghost Rider and Hobgoblin!

Being morally “good” isn’t something accidental; it’s a proactive decision you’re making at each and every point in your life. Sometimes the choice is more obvious, while at others, it’s something you have to figure out for yourself. No matter where you stand, you will always have a choice.

“Anyone can win a fight when the odds are easy!” – Spider-Man

Full Quote: “Anyone can win a fight – when the odds–are easy! It’s when the going’s tough – when there seems to be no chance – that’s when – it counts!”

This famous piece of dialogue is as relevant today as it had been in the ’60s. Of course, it’s easier said than done, but the strength of your character is entirely dependent on how well you’re able to navigate challenging circumstances. Spidey learned this when he was trapped under thousands of pounds of rubble, and willed himself free, thanks not to the proportionate spider strength in his arms, but the indomitable strength of his heart.

Every battle is critical, but the ones that take everything out of you will ultimately reveal your true mettle. Those are the battles you have to embrace.

“Love should never be a secret.” – Doctor Octopus

Full Quote: “Love should never be a secret. If you keep something as complicated as love stored up inside, it could make you sick.”

Though uttered by a classic Spider-Man villain, this quote reminds us of the absolute significance of love and how it bears the capability of destroying us from within.

We don’t necessarily have to see love as a weapon that could be wielded for destructive outcomes; we can simply recognize the impact it has on our lives and decide how we want to move forward. The more you deny its existence, the more it will burn you. Therefore, it’s best to express your love — however you can, whenever you can — and just deal with the consequences.

Full Quote: “I believe there’s a hero in all of us, that keeps us honest, gives us strength, makes us noble, and finally allows us to die with pride, even though sometimes we have to be steady, and give up the thing we want the most. Even our dreams.”

Ah, Aunt May – always the source of wisdom! Indeed, the superhero genre often paints an incredibly arbitrary picture of good vs. bad, but it also demonstrates how everyone has the capacity for good, irrespective of their background or place in society. That, in fact, is the very point of Spider-Man: that anyone can be him, if they are brave enough (and have the right mask).

A true hero doesn’t need to move mountains or fly or teleport; they just have to be willing to put their own body on the line to save someone else. As long as you’re brave, compassionate, and daring, you have what it takes to be called a hero.

“Not everyone is meant to make a difference.” – Spider-Man

Full Quote: “Not everyone is meant to make a difference. But for me, the choice to lead an ordinary life is no longer an option.”

What is the difference between an ordinary life and an extraordinary one? Most people deem their lives to be more or less average: occasionally exciting but generally uneventful. Peter Parker had to be bitten by a radioactive spider to realize his purpose on the planet, but in reality, we don’t need to wait for a freak phenomenon to help us discover our true calling.

We need to reflect on what makes us happy and what drives us forward. Once we can identify this, we’ll be just as well-off as Peter Parker himself.

Full Quote: “It’s easy to feel hopeful on a beautiful day like today, but there will be dark days ahead of us too. There will be days where you feel all alone, and that’s when hope is needed most … you must promise me that you will hold on to hope.”

The complete character arc of Andrew Garfield’s Peter Parker embodies hope: he went from being thrilled about his newfound abilities to experiencing traumatic loss to rediscovering a sense of redemption through an unforeseen act of kindness.

As such, it’s only right we revisit Gwen Stacy’s thoughtful axiom and examine what it means: Hope is an abstract concept that frustrates even the most patient among us, but it’s also the one sentiment that keeps us afloat in the face of adversity. We’re willing to endure the most taxing scenarios because we hope it gets better. If we don’t carry hope, what’s the point of our journey at all?

Hope is the beacon of light that spurs us forward; the force which allows us to overcome hurdles in our path because we know our hard work will pay off.

How could we do a Spidey quote compilation without mentioning the most iconic line in any superhero universe? Uncle Ben’s momentous adage invokes the downside to accruing power. You can’t consolidate your power without understanding the responsibilities that come with it.

They’re a package deal: you can exercise your power as much as you’d like, but the responsibilities will sneak up on you, and you’ll be expected to fulfill them. You won’t always be able to strike a balance, but what good is any power if you can’t use it to help others?

“It’s the choices that make us who we are.” – Spider-Man

Full Quote: “Whatever comes our way, whatever battle we have raging inside us, we always have a choice. My friend taught me that. He chose to be the best of himself. It’s the choices that make us who we are, and we can always choose to do what’s right.”

Our choices define us. It’s the one theme that’s recurred in every single Spider-Man comic, show or film. and it continues to drive the narrative in most superhero storylines. Sometimes, the choice between right and wrong won’t be clear, and we’ll have to go a layer deeper to weigh the choices against each other.

However, the notion behind choice is one of control: you can actively determine the course that best suits the greater good. You’re not as helpless as you think you are; in fact, you’re a tremendous driver of change, someone who can and will influence the final result of any undertaking.

“Somebody’s got to look out for the little guy, right?” – Spider-Man

Nothing encapsulates the innocence of Tom Holland’s Peter Parker more than this adorable piece of dialogue. Spider-Man is a man of the people, the geeky, middle-class teenager who is as concerned about his local community as he is about the big-picture activities.

It’s tempting to draw up complex agendas about how you can solve the world’s biggest issues, but charity begins at home. It could be as simple as mowing a neighbor’s lawn, picking garbage off the street, or buying someone a burger. If you’re making someone else’s day, you’re doing your part.

The gem of a movie that is Into the Spider-Verse reiterates the value of fighting for the ones we love, even if it depletes us on every single level. We’re social creatures, and regardless of our self-sufficiency, we have loved ones in our lives we’d do anything to help.

Sometimes, morality is a selfish track you’ll be pursuing just to ensure a better future for those who matter to your the most. This isn’t a bad thing: directing your focus to just saving one person in your life is the most meaningful thing you can do with your time. After all, the one person saved through your effort is more achievable than saving the entire universe.