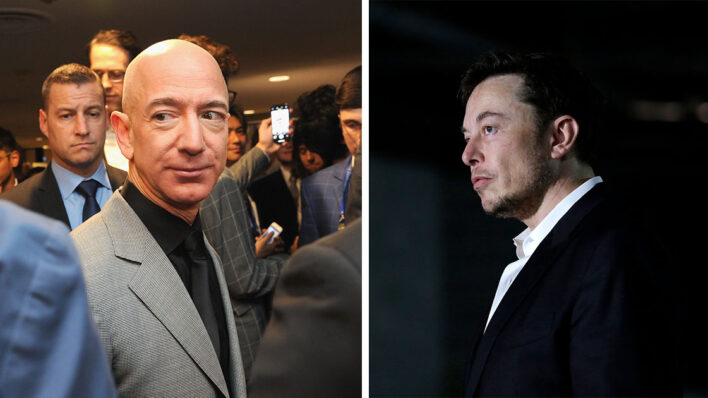 These Are The 3 Traits That All Successful Founders & CEOs Share

We all know that motivation and vision is important in getting where we need to go. Education is too, of
By Aly Walansky    September 25, 2018

We all know that motivation and vision is important in getting where we need to go. Education is too, of course. But that’s not all of it, says wealth expert and best-selling author Robert Frank. Frank recently shared that he’s found three important traits that all successful founders, like Jeff Bezos and Elon Musk have in common.

“I have three things that I’ve discovered are really important, and they are not the usual things that people say,” said Frank, speaking to CNBC’s Jon Fortt on his “Fortt Knox” program last week.

Here are the traits:

Ignorance is good? What? Yes, says Frank. Because top founders are ignorant to the problem they’re seeking to solve, said Frank.  This “ignorance” forces them to be creative and think outside the box and try new things.

“All these guys tell me the best thing they brought to reinventing their industry and starting a brand new disruptor was (that) they didn’t know what couldn’t be done in that industry.” he added.

You need to be obsessed with your idea. Even if no one else supports it, or even is interested in it. Even if others think it’s lame. “When you have an idea and you see the vision for that idea, everyone will tell you that it’s the wrong idea. If they tell you the opposite, you know it’s not going to be a winning idea,” explained Frank.

That obsessiveness is dedication and focus and that’s how you get to reach your goal. “These guys,” said Frank, “are almost obsessive compulsive personalities: When they get onto something, they just can’t let it go.”

3. Desire to do things differently

You have to see how things are already done, and want to do them in new ways, or differently. “A lot of these people, everything they look at they try to figure out how you could do it differently,” he says, “Whether it’s a coffee cup or whatever they’re doing, they’re always looking for a different way to do it.”

This desire to be different or new is not not necessarily something that can be learned or practiced, according to Frank. “There are just some people who are naturally like that,” Frank said. “They’re like: ‘How else could you do this?'”