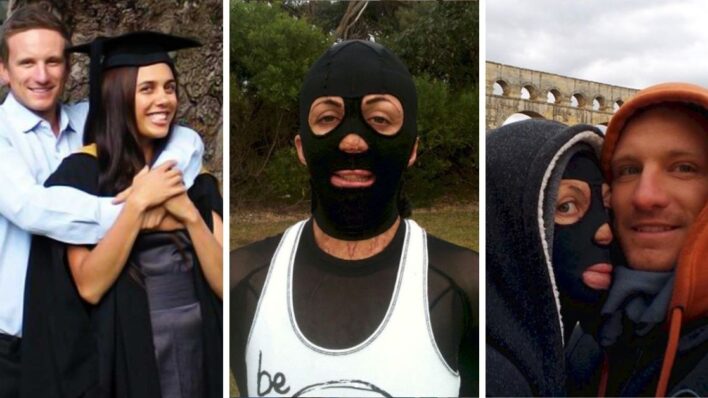 Unconditional love can be a difficult concept to grasp, especially in the society we live in. The story of Turia
By Aly Walansky    October 14, 2020

Unconditional love can be a difficult concept to grasp, especially in the society we live in. The story of Turia Pitt and Michael Hoskin’s incredible bond may warm some of us to the idea.

After suffering terrible burn injuries, Turia was left with severe scaring on her face and body. In fact, she almost didn’t survive the incident. Only one thing kept her alive: Michael’s unwavering love for her.

Turia was caught in a bushfire

In 2011, at the age of 24, Turia was completing the Racing The Planet Ultramarathon in remote Western Australia, when she was caught in the middle of a deadly bushfire. At first, she underestimated its danger.

So at first I didn’t panic. But this fire was angry, out of control, escalating, feeding off everything in its path.

Turia did the only thing she could to survive–she climbed a steep rocky cliff, the only place to go. “I knew fire travels faster uphill and to be above a fire is to be in the hottest place possible. But I had no choice, I couldn’t out-run it.”

On the cliff, she could feel the heat intensifying. “Even before the fire reached me, I could feel my skin beginning to burn,” she remembered. Quickly, she realized she may not survive the fire, and did her best to stay conscious even as excruciating burns scorched 60 percent of her body.

Turia feared she’d never see her boyfriend again. But it was Michael Hoskin’s face in her mind that kept her going. “I kept thinking about him, the times we had,” she says.

Eventually, Turia was rescued, but she lay in a coma with severe injuries. Even Australia’s best doctors doubted her chances of surviving her critical injuries.

Michael never left her side

Turia’s burn injuries left her disfigured. She no longer looked like the beautiful young woman she was before the tragic incident. She spent over $3 million for reconstructive surgeries on her hands, face and body.

Throughout it all, Michael remained right by her side, willing her to pull through. He even bought her an engagement ring, while she was still in a coma.

He believed he’d one day be able to give her that ring. And he did!

After it was announced that he was finally able to propose, the world fell in love with their love story. And that love lived on. In fact, they went on to have a baby, a boy named Hakavai Hoskin.

Michael met his future fiancé when he was at school in South Wales. Ultimately, they both moved to Western Australia, where they began working in the mines.

Turia had it all. “I was 23, had just landed a great job as a mining engineer at Argyle Diamond mine in North West Australia, after graduating with a double honours degree in mining engineering and science. I had an amazing boyfriend Michael, 29.”

From the beginning, Michael was transfixed with her.

On that fateful day, He was away on business. As his love was helicoptered to the hospital, Michael was told to expect the worst. For a month, he stayed at her bedside, hoping for any glimmer of hope.

“He [gave up] work to take care of me. He’d been taught how to change my dressings and feed me, and he knew exactly when I had to take each of my pills,” Turia said.

During that time, he vowed he would marry her if she came back to her senses. And sure enough, Turia finally woke up.

“How are you feeling?” he asked. “I love you, darling. Aren’t you glad to be alive?”

At the time, Turia was far from over. “The last thoughts I recalled having were of total fear and intense pain,” she told Friday. “I was sure I would die and never get to see Michael or my family again.”

His love helped her survive

The following months were a grueling attempt at regaining her strength. After sating 6 months in the hospital, she still had a 2-year journey ahead of her, during which she wore compression garments (including a face mask) to help with healing. Once, two physiotherapists were trying to help me climb a tiny step. Michael was cheering and clapping like I’d just completed a triathlon.Turia Pitt in Friday

The journey to recovery was filled with frustration but Michael’s support made her realize she couldn’t just give up.

But I was embarrassed and found myself losing my temper with him. I couldn’t speak so I’d scowl, wishing he would just give up on me. But he never did. He was by my bedside at 7am to 7pm. If he believed in me, I had to believe in myself.

Looking at the mirror was difficult

“I was the girl who had everything. I’d always been told I was pretty,” Turia confessed. At school, she used to model part time. After the fire, she found herself having to accept her new physical appearance. It took many months for Turia to even be willing to look in the mirror. But Michael wouldn’t let that linger.

“You’re looking beautiful today Turia. What are you going to achieve today?” he would ask her.

“I love your beautiful eyes,” Michael told her, with Turia adding, “My eyes were saved because I closed them in the fire.”

Many were curious as to how Michael chose to stay, considering that they were not married at the time. When asked the question, he replied:

I was attracted to her soul and her character. She’s the only woman that will continue to fulfill my dreams.

Eventually, Turia also learned to love and accept herself. “When I look in the mirror, I see the beautiful girl Michael sees because like Michael, I know beauty comes from within and what really matters is who we are, not what we look like.”

A new life, full of love

The couple got married in 2016, after overcoming the trials of her injuries and recovery together. They have two beautiful children together.

“Together, we built a new life. Never once did Michael treat me differently. He was in love with my personality before, and that’s something I’ve still got.”

These days, Turia is considered a “medical marvel” and is happy and healthy – even back to hiking and adventures! She also gives motivational talks

Their story proves that love always find a way. 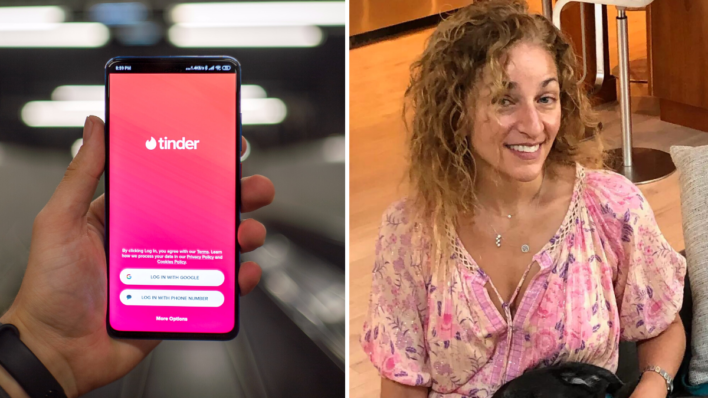 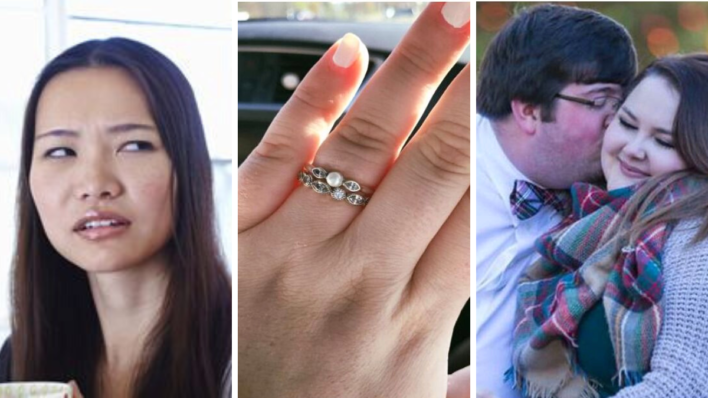 Do the 36 Questions That Lead to Love Really Work?