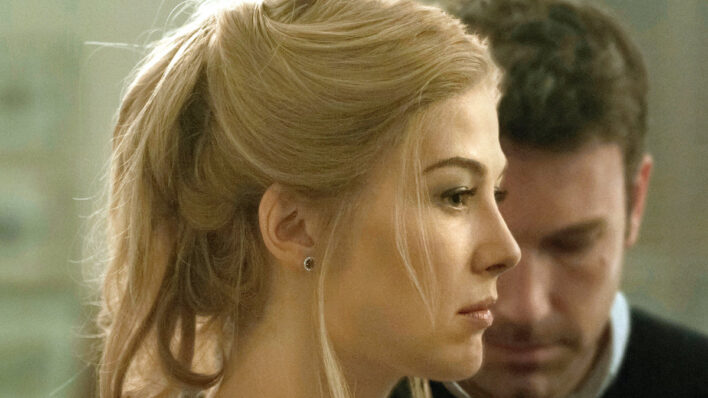 While narcissism can mean a number of things, a Narcissistic Personality Disorder is a chronic condition that is more serious than your average meaning. This is why it is important to make the distinctions between its various meanings when we use the word “toxic.”
By Aly Walansky    March 11, 2020

While narcissism can mean a number of things, a Narcissistic Personality Disorder is a chronic condition that is more serious than your average meaning. This is why it is important to make the distinctions between its various meanings when we use the word “toxic.”

It’s always good to put yourself first and protect your own interests when it comes to relationships, but sometimes that sense of preservation and self-interest can be taken a step too far and become toxic.

If your relationship has gotten to a point where it feels toxic, or abusive, you may be dealing with a narcissist.

“Narcissism is used to describe people with an excessive sense of entitlement, a constant need for admiration and a blatant lack of consideration for other people. Narcissistic Personality Disorder or NPD for short, is the medically diagnosed disorder,” said Cherlyn Chong, a breakup and dating coach for professional women.

Going on from that, the word “narcissism” can be used to describe the selfish personality traits of people with or without NPD.

Narcissism is especially noticed in a romantic relationship because an intimate narcissistic partner is the one that will carry out the most abuse.

Putting yourself first is not always a bad thing

There’s some degree of healthy narcissism involved when it comes to dating. “Most daters are looking for relationships with people who share similar wants, needs, and expectations,” said Jolene Beaton, a dating coach and matchmaker with It’s Just Lunch.

However, self-understanding and confidence are different from unhealthy narcissism. “When someone tries to control or manipulate you based solely on their desires or grandiose expectations, that’s when a relationship can turn toxic,” said Beaton.

For example, unhealthy narcissists don’t just focus solely on themselves but their attention to others has a selfish motivation.

“They’ll often shower you with love and compliments as a way to control and create the picture-perfect life they desire. But if you choose to leave, they can become aggressive and can use all sorts of devious tactics to get what they want,” said Beaton.

Many daters on the receiving end try to be ‘fixers’ as a way of coping with this type of behavior. They either try to give the other person what they want or they try to fix themselves in order to be what the other person desires.

“Successful, healthy dating is about sharing the same dreams and goals, not forcing someone to adjust to yours or vice versa,” said Beaton.

When it becomes toxic

Narcissism really is about the lack of empathy. They cannot put themselves in someone else’s shoes or imagine how their actions might be making others people feel. “They need attention but only on their terms, and that’s why they can take and take from you without taking any responsibility for their behavior,” said Chong.

But the real reason why they do what they do is because their brains are wired for taking energy away from you, but not giving any of their own.

Of course, at the end of the day it’s important to make the distinction between NPD and a toxic individual. There is normal narcissism, the narcissistic personality type and Narcissistic Personality Disorder or NPD for short.

“NPD is the medically diagnosed disorder, diagnosed in a mental health clinic by a qualified medical professional,” said Chong. It’s chronic and cannot be cured.

“The Diagnostic and Statistical Manual of Mental Disorders states that it affects 0.5-1 percent of the general population, of which 50 to 75% are men.”

The word “narcissism” can be used to describe anywhere from normal, healthy narcissistic behavior to people displaying personality traits close to that of NPD, or the narcissistic personality type. “Narcissist” is generally used to also describe the latter, along with people with NPD.

Therefore, while someone may be displaying narcissistic behavior or traits, it does not immediately follow that they have an Narcissistic Personality Disorder.

In fact, it is impossible for any of us not to have traits that are attached to the various personality disorders in the spectrum, as they cover a large range of human behaviors and traits. A person must display an extensive amount of traits associated to a personality disorder and be officially diagnosed by a doctor.

While many go undiagnosed–people who have NPD are unable to acknowledge their disorder–not anyone who displays selfish or toxic behaviors necessarily has the disorder. This is why we must be careful when talking about narcissism, as it can provide a reductive view of human beings and their behaviors.

At times, a person can display narcissistic behaviors that are tied to other underlying issues, such as anxiety or depression, which can be solved by treating the condition.

How to cope by making a false self

Narcissists are described by many experts as having a false self which they use to portray to the outside world. This is a good starting point for figuring out how to deal with a narcissistic partner, especially when the option of leaving them is not immediately available.

“In a similar manner, you must have an Alter Ego that you present to the narcissist only, except that this Alter Ego is someone you aspire to be.

“Your Alter Ego has boundaries, is very calm and stands his or her ground. He or she only speaks the truth in a factual manner and does not react emotionally to the narcissist’s manipulations,” said Chong.

Meanwhile, you must work on your inner beliefs and false stories that you’re telling yourself that keep you in suffering and in shame.

The narcissists will exploit any feelings of unworthiness, so if you have conquered your own beliefs, they cannot control you and cannot use you as a source of energy.

We have all had toxic people in our lives–that one ex-boyfriend, the jealous best friend, an overbearing parent–and the term ‘toxic’ has become almost too overused to carry a fixed meaning.

Similarly, we might have been toxic to someone in our life without even knowing that we were. That does not automatically make us narcissists.

That being said, it’s important to recognize bad behaviors that affect us and understand the other person’s part in them. However, it’s important to consider the grey zones before jumping into drastic conclusions. In doing so, we can come up with the appropriate reaction and plan of action to solve the issue or free ourselves of the person’s negative impact.