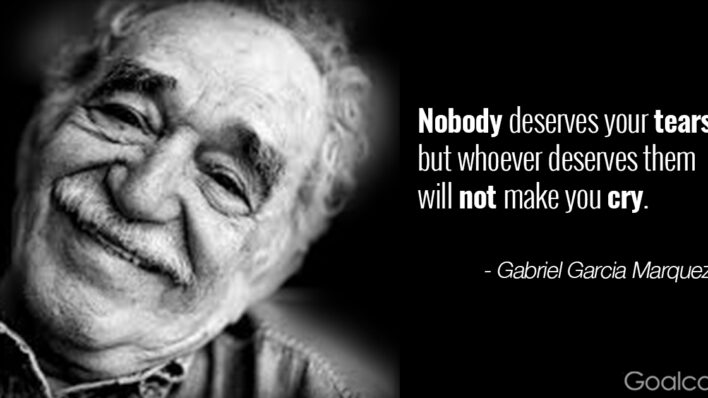 Gabriel Garcia Marquez, one of the greatest writers of the 20th century and winner of the 1982 Nobel Prize for
By Flavia Medrut    November 29, 2017 Gabriel Garcia Marquez, one of the greatest writers of the 20th century and winner of the 1982 Nobel Prize for Literature, is considered the master of magical realism and creator of great love stories that will forever stay with you.

Gabo, as his friends used to call him, was also a political figure and a friend of Fidel Castro, whose governance ways he rarely agreed to. Politics aside, Garcia’s work is a wonderful blend of comic and tragic surrounding provincial Colombia, capturing medieval and modern habits alike.

His way of writing and his imagination will make you see reality in a new way — a magical one. His descriptions will reach every single one of your senses and shake you to your very core: you’ll see colors, smell the roses, feel the rhythms and finally get a taste of magic. You’ll be taken on a breathtaking journey where everything is surreal and love is endless, and this is exactly why we love Gabriel Garcia Marquez!

Those who had the chance to read his masterpiece, One Hundred Years of Solitude (Cien años de soledad), can probably relate to all this. And for those of you who didn’t, here are 13 Gabriel Garcia Marquez quotes that will make you change your mind. Nobody deserves your tears, but whoever deserves them will not make you cry.

A man knows when he is growing old because he begins to look like his father.

No, not rich. I am a poor man with money, which is not the same thing.

If God hadn’t rested on Sunday, He would have had time to finish the world. He who awaits much can expect little.

The interpretation of our reality through patterns not our own, serves only to make us ever more unknown, ever less free, ever more solitary.

The problem with marriage is that it ends every night after making love, and it must be rebuilt every morning before breakfast.

The heart’s memory eliminates the bad and magnifies the good.

Necessity has the face of a dog.

Fiction was invented the day Jonas arrived home and told his wife that he was three days late because he had been swallowed by a whale.