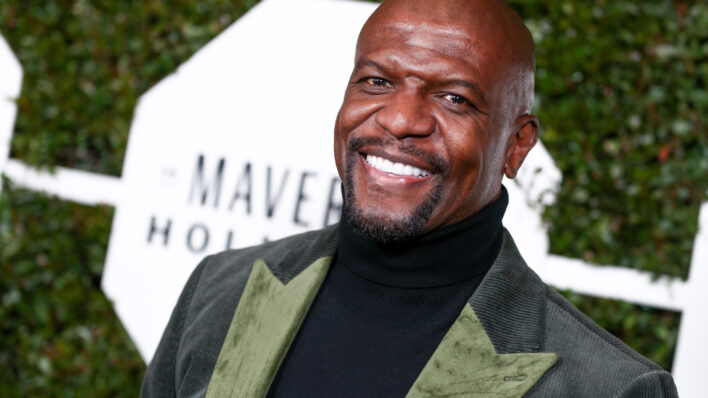 4 Lessons from the Inspirational Story of Mega Star Terry Crews

Terry Crews is a massive success in Hollywood, literally and physically. Not only has he starred in top movies and
By Michael Leonard    August 2, 2018

Terry Crews is a massive success in Hollywood, literally and physically. Not only has he starred in top movies and

Terry Crews is a massive success in Hollywood, literally and physically. Not only has he starred in top movies and TV shows, at 6’3″ he is one of the fittest celebrities. From Brooklyn Nine-Nine to Old Spice, Crews is a huge star. It’s easy to see someone as confident and successful as Crews and think it all came easy for him; that he was born to become a star from the beginning.

But that’s far from the truth.

Like some of the most inspirational people in the world, Crews had to overcome insane obstacles to become the success he is today. His story echoes the sentiments of other greats like Oprah, Tony Robbins, and others who defied the odds and went on to achieve greatness.

The inspirational story of Terry Crews

Terry had a horrible childhood, where he suffered from constant mental and physical abuse from his father, who was an abusive alcoholic who terrorized their family. Terry spent his entire youth terrified of his dad and grew up in one of the worst circumstances a child can.

But instead of using that story to define him, he used that suffering to focus on his physique and on football. After playing football in high school, he earned a full ride scholarship to play football at Interlochen Center for the Arts in Michigan.

Upon graduating college he took his football skills to the next level and was drafted by the Rams in 1991. After five very unmemorable seasons and several teams as a glorified “tackle dummy,” he retired from professional football.

With no other career or professional experience, he moved to L.A. to try his hand at an acting career. While he thought it would be an easy transition, he quickly realized his football background didn’t equal instant success in Hollywood.

Eventually, things got so bad he found himself broke and sweeping floors just to make ends meet. After struggling for years, he finally got a few breaks. The first was in 2002, when he got cast for Friday After Next after working as security on the original movie.

This casting led to more experience and Crews began landing roles in hits like Training Day and Street Kings. His work ethic and determination to succeed lead to even bigger roles in TV and movies.

Ultimately, he did not let his past define his future.

Here are four lessons you can learn from the mega star to help you succeed in your life.

1. Don’t let your past define you

Terry Crews didn’t run from his past.

He embraced his tough childhood and went on to become a massive success because of his past experiences. He didn’t let limiting beliefs from his past hold him back from achieving greatness.

“How many young people believe the limiting things they’re told? That’s why we’ve got to define our circumstances for ourselves. I’m telling you, our sense of ourselves is all we have in this world,” he said.

If you’ve had a tough past, don’t let it become your life story.

Use the past to help you become the person you were meant to be in life. While you might think it’s easier to keep telling yourself the same story, it’s actually holding you back from achieving your life’s purpose. Terry had to completely start over once football ended. It was out of desperation and finally realizing that he had to reinvent himself to make it in Hollywood.

“The comedy of it is that if we hadn’t been starving, I would never have tried acting at all. That’s why I always say our struggle makes us who we are,” he said.

If you’re in a similar place in life, don’t be afraid to start over. Change doesn’t always have to be a bad thing.

Whether it’s moving to a new city, switching companies or starting your own business… Once you realize change isn’t easy, you can begin to reinvent yourself. Oftentimes the goals you want to achieve will require you to become something more to make them happen.

3. Get out of your comfort zone Terry routinely leaves his comfort zone in acting and his business endeavors. He’s done serious movies, action-comedies like his work on the Expendables trilogy, and played a funny guy on TV in Brooklyn Nine-Nine. Not to mention his hilarious and wildly successful Old Spice commercials.

In his business he’s even ventured into creating custom furniture. Yes, Terry Crews has his own furniture line.

While Terry has no problem leaving his comfort zone, most people do. If you can learn to fight through fear of uncertainity and the fear of failure, you can do more than you thought possible.

Get out of your comfort zone by hanging out with new people, creating new experiences, and challenge yourself to constantly be learning.

4. Always take care of your health

One of the main reasons Terry got his scholarship and the big break in Hollywood was because of his dedication to his physique. He used his past abuse to fuel his fire to become one of the fittest men in Hollywood.

Now, going to the gym isn’t a choice, it’s a way of life. As Terry said, “I always tell people it’s the wrong approach to feel like we need to go to the gym to get in shape. Rather, we should adopt the attitude because we’re in shape, we must go to the gym.”

Do you stay proactive to your health or reactive to sickness?

Most people wait until something happens instead of being proactive with health.

Health is wealth. If you want to become the best version of yourself you have to be in control of your health and wellbeing.

Terry Crews continues to inspire people from all walks of life with his incredibly inspirational story. Remember, no matter where you are in your personal journey you have the ability to change your life at any given moment.

Use these lessons to create your own Hollywood comeback story for your life.