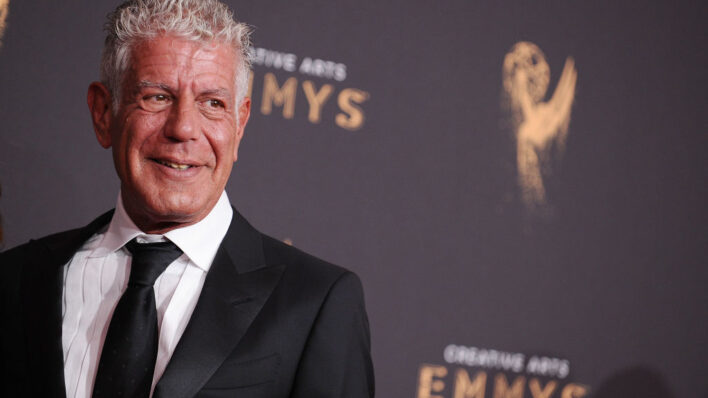 Following news of the death of celebrity chef and travel journalist Anthony Bourdain on June 8, 2018, it’s important to
By Eliza Theiss    June 9, 2022

Following news of the death of celebrity chef and travel journalist Anthony Bourdain on June 8, 2018, it’s important to take a moment to celebrate a life centered around more than food. Anthony Bourdain’s life celebrated people and learning.

Food Was More Than Nourishment for Bourdain

From the earliest days of his TV career, Anthony Bourdain approached food in a way that was almost singular for his time.

It wasn’t just about taste or presentation. And it certainly wasn’t all about fine ingredients. For Bourdain, food was a gateway into other cultures, histories and experiences. Food was a conversation-starter, a means to connect with other people, and a classroom.

Food was always a story about a people’s past, present and future. It was political, social and economical. Bourdain always looked at the personal and collected history reflected in a dish or a culture’s cuisine.

Whether it told a story of repression, a prolonged state of poverty or a deep cultural appreciation of a community before individual needs, food told story. And for Bourdain, getting to the heart of that story was the ultimate goal.

Anthony Bourdain Was Never Afraid to Look at the Darker Side

Bourdain was never afraid to look into the mirror, recognize the error of his ways and strive to do better. He acknowledged his years-long struggle with addiction, and his complicity in the macho culture of the food and restaurant scene that allowed predators to go unpunished for years.

RELATED: Solo Travel: The Psychological Benefits of a Journey of Exploration

He also often spoke of his own privilege, and that of most westerners, compared to many of the places his travels took him. Witnessing hunger, poverty and war, Bourdain spoke of the necessity to treat local cultures with respect and humbleness, to partake when invited, but never assume, intrude or glorify. He wasn’t afraid to question his own impact on places he visited, and on the people he met.

Anthony Bourdain Was an Ally in the #MeToo Movement

As the #MeToo movement spread, and gut-wrenching stories of abuse and assault emerged, Bourdain became one of the strongest and loudest male voices in support of the women who previously suffered in silence.

RELATED: How to Travel the World Stress-Free

Actress and girlfriend Asia Argento was one of Harvey Weinstein’s many victims. When she came forward with her story, Bourdain stood steadfast by her, encouraging her and many other victims, showing unrelenting support.

After Argento’s Cannes speech, in which she told a stunned room that Weinstein had sexually assaulted her at the festival’s 1997 edition, Bourdain told IndieWire, “I was so proud of her. It was absolutely fearless to walk right into the lion’s den and say what she said, the way she said it. I am honored to know someone who has the strength and fearlessness to do something like that.”

He Encouraged Audiences Not to be Afraid of ‘Others’

Bourdain relished the opportunity to immerse himself in other cultures, or at least peek behind the door of otherness. He always urged readers and viewers to go out, unafraid, into the world, to meet and learn about different cultures. That’s because, at the end of the day, we are all the same.

Whether it was about enjoying a fusion dish at a five-star hotel, comfort food munched down during an Indian cricket match, or a bowl of noodles in Hanoi with President Barack Obama, the lesson at the end of a day was always remarkably simple: All of us just want to be safe, loved and happy.

We all want to enjoy a good meal, drink and good conversation. There’s no need to be afraid of each other. We can choose not to be afraid.

Do we really want to travel in hermetically sealed popemobiles through the rural provinces of France, Mexico and the Fareast, eating only in Hard rock Cafes and McDonalds?

Or do we want to eat without fear, tearing into the local stew, the humble taqueria’s mystery meat, the sincerely offered gift of a lightly grilled fish head? I know what I want. I want it all. I want to try everything once.

Editor’s Note: Struggling and feeling hopeless? You are not alone. Please call the National Suicide Prevention Lifeline at 1-800-273-TALK (8255).