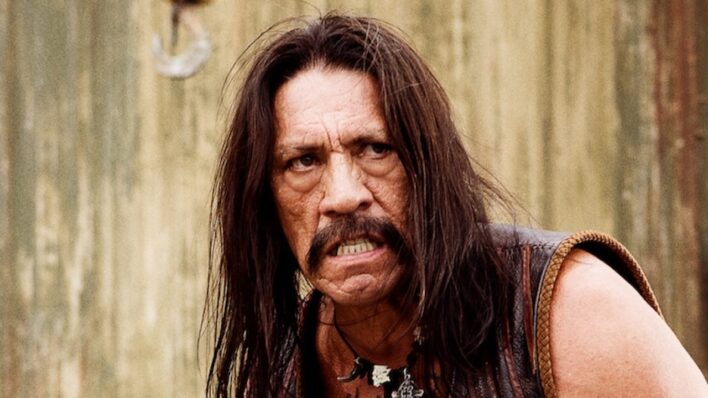 Character actor Danny Trejo, best known for his tough-guy and villain roles, rescued a baby who was trapped in a crashed car.
By Aly Walansky    August 8, 2019

Character actor Danny Trejo, best known for his tough-guy and villain roles, rescued a baby who was trapped in a crashed car.

Character actor Danny Trejo may be known for his intimidating, tough-guy persona due to his villainous roles in movies like Desperado and TV shows like Breaking Bad and Sons of Anarchy, but he was quite the hero recently when he rescued a baby trapped in a car wreck in Los Angeles.

This was nothing like the movies — it was a real-life act of heroism that happened after the actor witnessed a scary scene with his own two eyes, worse than any action scene.

Trejo was stopped at a red light when he saw two cars crash into each other, and one car roll over.

“This lady was right beside me and I look over… she went right through the light and bam!” Trejo told KABC. “I got out of my car and ran over. There’s a lady in the front seat that was pinned and she kept screaming ‘my baby! My baby!'”

The overturned vehicle had a baby strapped into the car seat inside!

Trejo first tried to crawl into the car through a broken window to rescue the baby, but the seat belt was still stuck. With the help of a bystander, he finally rescued the child.

“The only thing that saved the little kid was his car seat,” Trejo explained.

He then set about comforting the child as his grandmother was still being freed from the driver’s seat: “He was panicked. I said ‘okay, we have to use our superpowers.’ So he screamed ‘superpowers’ and we started yelling ‘superpowers!”

The Los Angeles Fire Department told KABC that three people were taken to a hospital, but all were expected to survive.

It’s clear that Trejo’s “superpower” in this instance was his willingness to step up and rescue others without hesitation.

Trejo has attributed the mother of his child with giving him the skills to handle this emergency, as she works with special needs children and taught him how to comfort a panicked child.

Trejo is a former convict and addict who got his big break after getting out of prison, getting sober, and being hired as a boxing coach on a film set in the mid-’80s. Since then, he has consistently made a name for himself with tough guy roles, both dramatic and comedic.

No matter how intimidating someone may look, we all have a hero inside us, and we’re all capable of making a difference in someone’s life. Always believe it’s possible, and always try to pay it forward. It’s amazing what one person can accomplish!