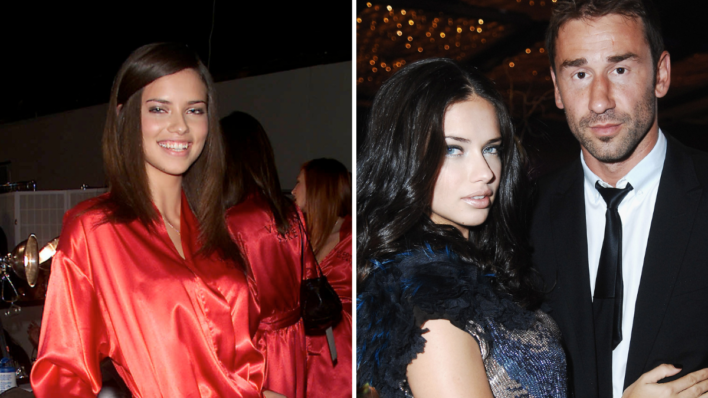 Adriana Lima’s views on intimacy may seem unconventional to some people, but here’s why she is determined to stand up for her beliefs.
By Shaoni Das    September 7, 2021

Adriana Lima’s views on intimacy may seem unconventional to some people, but here’s why she is determined to stand up for her beliefs.

Society might be progressing at a breakneck pace, but is it becoming more meaningful?

It’s the age-old adage: change is the only constant in life. As much as we dread it, prolong it, or run from it, it’ll arrive right on time and sweep away everything in its path. In many cases, this is a positive phenomenon and can be an opportunity for innovation and prosperity. Why abide by archaic, unrealistic notions of love, passion, and commitment when they have no relevance to our modern lifestyles? Why preserve them if they do not apply to present-day dynamics and only serve to hark back to a bygone era no one wants to revisit?

Brazilian supermodel Adriana Lima isn’t necessarily advocating for a traditional way of life, but a few of her personal choices do remind us of a time when the dating game operated on an entirely different set of rules and customs.

Here’s how she is challenging the status quo and what her outlook tells us about intimacy:

As one of the hottest, most ubiquitous supermodels of the aughts, Adriana Lima knows a thing or two about attractiveness and how it relates to desirability. She not only commanded each and every catwalk with confidence and oomph but also impressed audiences with her personality and work ethic. As a somewhat sexualized figure in the zeitgeist, she had to endure a number of assumptions regarding her personal life, many of which included absurd claims about her availability to the opposite sex.

Yet, Adriana has always been clear on where she stands: no sex until marriage. In her heyday, circa 2006, she took part in a revealing interview with GQ and stated she would wait to have sex until marriage. “Sex is for after marriage,” she told the magazine. She explained it’s her Catholic faith that influences her perspective on love and sexual intimacy, and as a devout member of the church, she couldn’t betray the scripture and commit pre-marital sex.

You have to stick up for your beliefs, and it’s about what makes you comfortable. Just follow your own values.

Her position on this issue seems as extreme today as it did fifteen years ago. The interviewer replied with a “Say What?” and asked her to elaborate. She confirmed she was a virgin at the time of the article, though she mentioned she’d dated a few men before. However, love, as we call it, “only happens once” in her book. The Brazillian native also added that she doesn’t “care” if men are thwarted off by her belief. “They have to respect that this is my choice. If there’s no respect, that means they don’t want me,” she said. She’s adamant they need to adhere to her judgment call and get on the same page; if they don’t follow her values, they don’t deserve a chance.

In a Huff Post interview in 2013, Adriana confirmed she lost her virginity at age 27 upon her marriage to NBA star Marco Jaric. She also added that the wait was worth her time; she didn’t budge on her principles and prioritized her comfort level every step of the way. There’s something about a woman deciding to stick to her guts even when the general public would prefer her to be more compliant and subservient.

But is her choice the more unconventional or unrealistic one?

You could probably spend an exorbitant number of hours dissecting her point-of-view and examining how it clashes with so many contemporary approaches to love and sex. At the end of the day, we shouldn’t necessarily hold sex on a pedestal and begin to lambast every individual that doesn’t treat it like some sort of a special occasion. For some people, sex is just sex: it’s akin to going to the bathroom, brushing your teeth, or eating junk food. You engage in the activity because it satiates you, or perhaps it’s part of a routine for you, or maybe you want to become well-acquainted with someone on a physical level. Of course, sex can be a beautiful means to intimacy and connection, but once again, this doesn’t have to do anything with marriage, either.

In the older days, until a few decades ago, virginity was considered a prized attribute in a woman, a feature that immediately spoke volumes about her disposition, her suitability as a would-be wife, and her fertility capabilities. If she weren’t a virgin before marriage, she would likely be labeled as a ‘slut,’ someone with no concern for social order and gender roles. Times changed, and most women nowadays are expected to have some sort of sexual or romantic history prior to marriage. It has been normalized through decades of feminist movements, pop culture depictions, and general apathy about the matter in most communities.

In fact, people have evolved to such a degree that Adriana’s attitude is likely considered unusual or unrealistic in many circles. Most people would dismiss her thinking as the rigid instructions of a cruel, unforgiving religion, but Adriana’s choice isn’t necessarily a reflection of church directives. Initially, it was, but over time, she’s reiterated it’s more about her comfortability and how she wanted to find the right person before taking part in what is a significant and vulnerable act. Not everyone will perceive it as unique or transformative, but when you’re with the right person, as Adriana had sought to be with, it indeed takes on a new air, and you want to put more effort and time into it.

Unfortunately, Adriana and Marco’s marriage didn’t last, and they announced their separation on May 2, 2014. Yet, the relationship failure doesn’t necessarily challenge or discredit her earlier decision. A few people could definitely benefit from treating sex with more caution and meaning, and once you realize its specialness, it could be a way to achieve more profound intimacy and togetherness with your partner. Not everyone should or will be able to regard sex through this lens, but it’s brilliant food for thought nonetheless.

Prioritize your comfort every step of the way

Adriana’s unconventional mindset tells us that we can’t expect every person to tackle love and sex the same way. Women’s empowerment is also about embracing the diversity of thought and extending every woman the chance to express her opinion without fear of judgment or ostracization. If you’d like to sleep with a hundred men before settling down, go for it. If you’d like to save yourself before marriage, you should have every right to do so. If you don’t want to get married or settle down at all, that’s your choice, too.

Ultimately, your sexual experience will be determined by what you and your partner make of it. A one-night stand is not any less passionate than a long-term couple sleeping together for the umpteenth time. What matters at the end of the day is that you’re comfortable, you feel authentic, and you’re not under societal pressure in any which way. As long as you know yourself and your desires, you’ll be able to find something beautiful regardless.