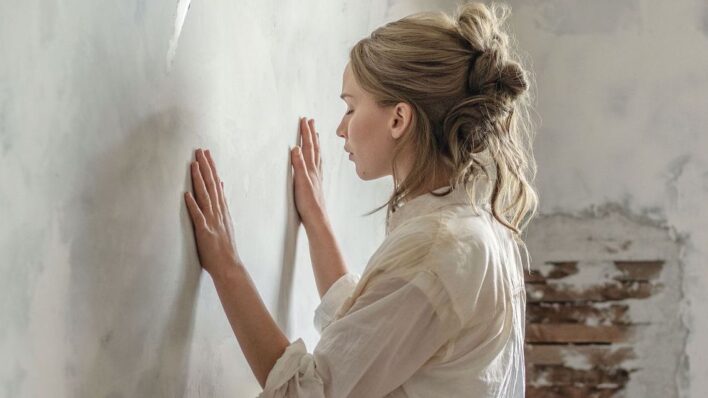 Everyone experiences anger but not everyone has the right tools to deal with it. Anger can require therapy but here are tips to deal with it on the daily.
By Maya Khamala    May 30, 2020

We all get angry—don’t let anyone tell you otherwise. Our world is one in which relationships can put you through the wringer; work can hang you out to dry; survival costs big bucks that aren’t always forthcoming; and a dose of the daily news is a good way to develop a problem with rage or depression.

And then there’s the global pandemic, of course, and the many emotions that being more confined than usual has brought up for many people.

Much like everyone else, I grew up developing the emotional strengths and blockages that I would have to deal with later in life. From a young age, my rage was directed at my father, who was psychologically and physically abusive, and one of my greatest challenges as an adult would be to learn not to assume threat and then get angry so easily (needlessly, even).

Let me tell you, I’ve made progress, but it’s important to understand that while anger that sits and festers (or lurks in the background) can become toxic over time, anger that is productive is a necessary release for your psyche and your body alike. Anger with no outlet becomes toxic. Women in particular are often taught to quell their anger while men are taught that anger is among their only avenues of expression. Both are ultimately self-destructive ways of coping, and can be harmful to those around you too.

First, your upbringing could have dictated your anger

According to an insightful piece in Psychology Today, there are three main types of upbringing that can shape your relationship with anger (although not seeing your own pattern reflected in this list doesn’t make your pattern any less valid).

First is the repressed family, in which expressing anger is discouraged, or even punished. As an adult, someone from a repressed family may finally feel safer expressing their anger, but the build up of internal pressure means that said anger may now be disproportionate to the cause at hand and/or mistargeted at people who don’t deserve your ire.

Second, there is the emotionally untethered family, in which uncensored, unbridled anger was treated as normal. I think my own family falls somewhere in here. In families like these, fighting is a daily or even constant activity. Hard feelings or not, quarreling is just a normal type of interaction in many households, and it’s not easy to break with deeply ingrained modes of interaction! Additionally, in some such homes, anger may’ve been freely expressed between parents but repressed when coming from children. Similar to the repressed family, this can translate to over-the-top displays of anger in adulthood.

Third, there is the overly permissive family, in which anger is seen as an inherently masculine quality, and therefore tolerated in men (while likely repressed in women). Men growing up in such households are allowed to express anger or even rage very freely. Anger can be reinforced simply by virtue of a lack of negative feedback. A boy from such a home might grow up to be a man with a very short fuse, and a possible habit of intimidating others—even if he doesn’t intend to. Such men often see their anger as natural and refuse to take responsibility for its consequences.

Fourth (my own addition to this list), there are people who have reacted to their upbringing (whether repressive, untethered, or permissive) by growing into the type of adult who is afraid to express their anger—or in denial that they experience any anger at all. People who fall into this category may be extra nice and sweet on the surface (sometimes overly so), while their anger quietly works away at them. Some may even act out passive aggressively without recognizing their anger for what it is.

Regardless of the type of family you grew up in, or the particular manifestation of anger that you happen to live with, tools for healthy release are key. Considering the following 4 creative tips:

It may sound simple, but we’re talking about a base emotion, and basic is what you want. Many years after having recovered from my anger on an emotional level, I sometimes still feel its residue in my cells—almost as though my body memory has kept some version of my anger intact.

Running is great for my body and mind, but any involved exercise can help you to process and release even the oldest of emotions. You might try boxing, weight lifting, or even dancing. Hell, hit your pillows. Whatever you got.

It’s very easy to forget to breathe when you’re angry. In fact, the shallow breathing we do when we’re angry is what keeps us in fight-or-flight mode. After all, your anger, in essence, is your friend: in scenarios where you’re under threat, your anger is a protective mechanism.

But mostly, in the day-to-day, it needs to be released in some way other than wrestling a tiger to the jungle floor. Try taking slow, controlled breaths and inhaling from your stomach instead of your chest as a way to calm down fast. You might also explore other breathing exercises, such as alternate nostril breathing.

Humor is key to a balanced perspective. While it may not always be possible to laugh at a given reality, you might try looking at your situation from the POV of an outsider or passerby.

Therein may be the source of hidden humor, or at least new insight that helps you to find creative new solutions. When I’m particularly pissed off, anxious, or stressed, I like to imagine that a higher power is looking down and laughing at me. There is strange comfort there.

4. Any and all kind of creation

It doesn’t matter whether you consider yourself artistic or not. You might try writing down your feelings, or writing out a list of beliefs you hold that are propping up or feeding your anger. Writing can be a very unexpected source of clarity.

I recommend writing with pencil and paper so you can really get into the physical act of it. You might also try singing, or painting, or drawing, or dressing up as a mermaid or a spider and doing a selfie photoshoot you can later look back on.

Regardless of what path you choose to follow in your efforts to release anger, the important thing is the choice itself. If you keep at it, with time, you’ll learn to better recognize your triggers and better instigate the process of healthy, creative channeling without inhibiting that integral release!