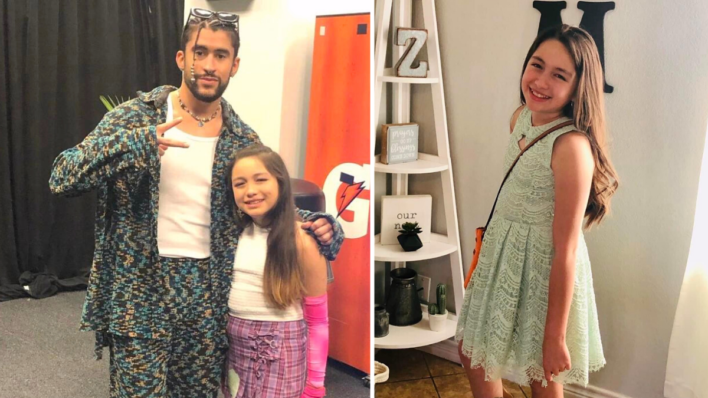 10-Year-Old Survivor Finds Out Uvalde Shooter Lives Near Her House – Then, a Famous Singer Steps In

After Mayah Zamora found out that her home was only blocks away from the man who killed 19 of her classmates, she needed somewhere else to live.
By Lindsey Staub    September 20, 2022

After Mayah Zamora found out that her home was only blocks away from the man who killed 19 of her classmates, she needed somewhere else to live.

On May 24, one man came to Robb Elementary School in Uvalde, Texas and fatally shot 19 students and two teachers and wounded seventeen others. This was the deadliest school shooting in the United States in a decade and 10-year-old Mayah Zamora lived through it.

Mayah was severely wounded in the Uvalde massacre. She received gunshot wounds to her hands, arms, chest, and back and underwent more than 20 surgeries as a result. She was the last survivor to leave the hospital, 66 days later.

During that 66-day stay, she learned that her home was just blocks away from where the gunman had lived, and it was too difficult for her to return.

“Since she was discharged from the hospital, that knowledge has been too much to bear, and she has been unable to return to her childhood home,” said the Correa Family Foundation, an organization started by the former Astros shortstop Carlos Correa.

After finding this out, the foundation joined Puerto Rican popstar Bad Bunny and the co-founders of TokenSociety.io and gave Mayah’s family a grant so they could live elsewhere.

“Thanks to the generosity of numerous donors, CFF has secured the funding to build Mayah and her family a new home in a location where she feels comfortable,” Correa Family Foundation said in a statement.

Bad Bunny, his foundation Good Bunny, other Astros players, and local businesses all donated to help raise the money to give Mayah a new start.

Not only will the home be far enough away from the shooter’s house to help Mayah in her recovery, but it will also come fully furnished.

This gift was announced August 23 at Minute Maid Park during an Astros game. Mayah was invited by the foundation to throw the ceremonial first pitch as a part of honoring her as the foundation’s “Hero of the Month.”

Not only did she get to be on the pitch at the Astros game against the Minnesota Twins, but she was also invited to a VIP experience at Bad Bunny’s concert, where she posed with him for pictures and saw him perform.

A great tragedy occurred in this young girl’s life, yet she persevered through surgeries and rehabilitation. She continued forward, and thankfully, she didn’t have to do it alone. All those who were able to help her did, and now Mayah hasn’t just survived, she’s able to really live.