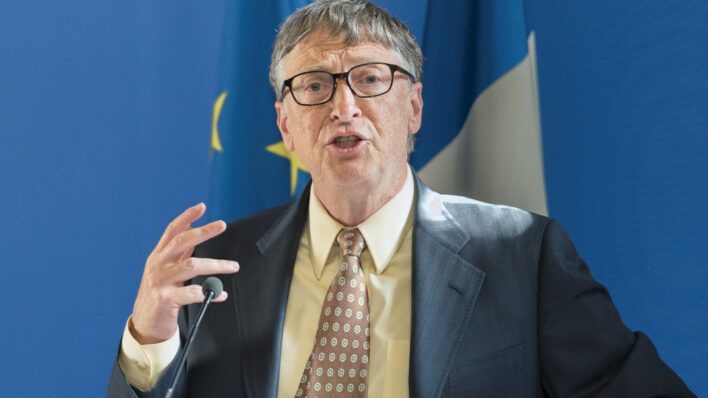 Sometimes we realize that a hobby or habit is taking up too much of our time and in order to
By Aly Walansky    February 26, 2019

Sometimes we realize that a hobby or habit is taking up too much of our time and in order to be more productive, we need to take a step away from that habit and reprioritize – and that’s what Bill Gates did with his TV in his twenties.

For half of his twenties, Gates stopped listening to music and watching TV, he writes on his blog, Gates Notes: “It sounds extreme, but I did it because I thought they would just distract me from thinking about software.”

Obviously, the plan worked out. It was also during his twenties he created Microsoft!

But learning how to reprioritize our hobbies doesn’t mean you have to give it up forever. In fact, Gates readily admits he has a few favorite TV shows he loves to watch today. Gates, who remained CEO of Microsoft until 2000 and now helps run the Bill & Melinda Gates Foundation, makes time for television, and shared what he loves to watch these days: “That [entertainment] blackout period lasted only about five years,” he writes, “and these days I’m a huge fan of TV shows like ‘Narcos’ and listen to a lot of U2, Willie Nelson, and the Beatles.”

According to his seventh “Ask Me Anything” session on Reddit, he has some other shows he tries to never miss: “Melinda and I watch things like ‘Silicon Valley,’ ‘This is Us,’ ‘A Million Little Things.’ … I watched ‘Narcos’ by myself. ‘Billions,’ ‘Lie to Me,’ ‘Friday Night Lights,’ ‘American Vandal,’ ‘Black Mirror.’

“There are so many good shows — people tell me about them but I can’t watch them all!”

But it’s not all TV and music, of course. Is also a fan of meditation, which he has called “exercise for the mind.” Both he and his wife Melinda recently started meditating two to three times a week for 10 minutes each time.

“I’m not sure how much meditation would have helped me concentrate in my early Microsoft days, because I was monomaniacally focused without it,” Gates says. “But now that I’m married, have three children, and have a broader set of professional and personal interests, it’s a great tool for improving my focus.

“It’s also helped me step back and get some ease with whatever thoughts or emotions are present. I like what I’m getting from my 10 minutes every few days.”