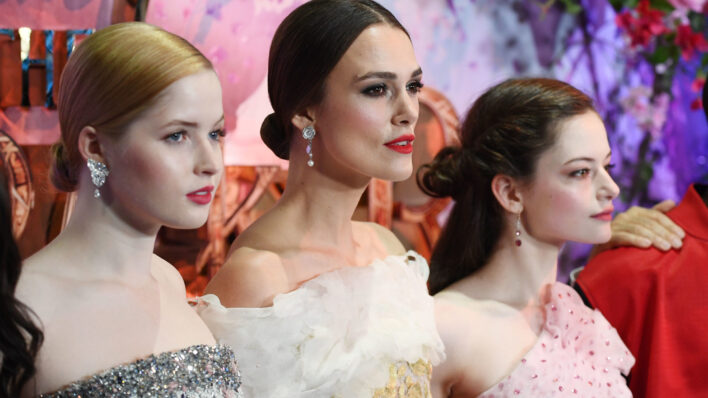 They always say the book is better than the movie, right? Whether you believe in that statement or not, it
By Aly Walansky    November 21, 2018

They always say the book is better than the movie, right?

Whether you believe in that statement or not, it is really interesting to read a book and see the book that inspired the movie before the movie makes unexpected changes!
Books have the ability to use words to build an extra dimension to the story and the characters, and that context will usually make the movie a lot more interesting.

Plus then you can be the annoying person in the theatre pointing out all the ways that the movie doesn’t live up to the book. People are super annoyed by that person, but being that person is fun!

With that in mind, here are seven books you should read before you see the movie.

In this work set in a small Arkansas town, Garrad Conley is the son of a Baptist pastor.  The boy gets  outed at age 19 and forced to attend conversion therapy supported by the church. But in the process he finds the strength to embrace his true self and wrote a book about his experiences.
>> See it on Amazon.com

The Nutcracker and the Mouse King by E.T.A. Hoffman

You can see the Nutcracker on all sorts of stages, but this one will star Keira Knightley, Mackenzie Foy, Misty Copeland, and Helen Mirren, which we have no doubt will make it spectacular.
>> See it on Amazon.com

A Private War by Marie Brenner

Rosamund Pike plays Marie Colvin, a journalist and war correspondent who is covering the Syrian civil war.
>> See it on Amazon.com

How the Grinch Stole Christmas! by Dr. Seuss

Benedict Cumberbatch plays The Grinch, which was already a holiday classic but now will get new life just in time for the holidays.
>> See it on Amazon.com

The Girl in the Spider’s Web by David Lagercrantz

Lisbeth Salander is back, this time played by The Crown’s Claire Foy!
>> See it on Amazon.com

Fantastic Beasts and Where to Find Them by J.K. Rowling

Fantastic Beasts: The Crimes of Grindelwald shows us everything that happened in the Harry Potter universe before everything we already know about, including Jude Law as a  young, hot Dumbledore. We’re so here for this one.
>> See it on Amazon.com

If Beale Street Could Talk by James Baldwin

If Beale Street Could Talk, based on James Baldwin’s novel that had the same name, is about a woman trying to reverse the wrongful conviction on husband’s name before their child is born. Relationships are tough!
>> See it on Amazon.com