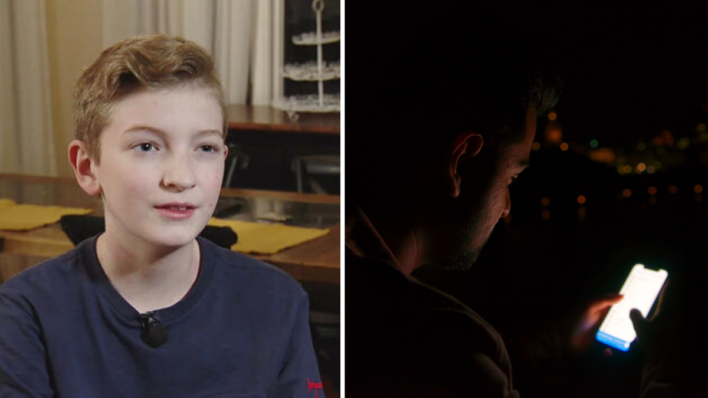 One young boy saved a girl from over a thousand miles away.

With more and more young children on social media platforms, their parents are worried about the things they might see. However, what this young boy saw saved a life.

In Fox Chapel, Pennsylvania, 12-year-old Gabe Rongier was on Snapchat when he saw something that troubled him and knew he had to speak up. Thankfully he did, and police say he likely saved a young girl’s life.

While clicking through Snapchat, Gabe saw a troubling post from a girl in East Texas. He didn’t know the girl — they only had mutual friend — yet her post spurred him to take action.

The girl posted that she “wouldn’t be here tomorrow.” Gabe believed this young girl was going to commit suicide, so he immediately picked up the phone.

“I called the suicidal prevention services and it linked me to Officer Chandler,” Gabe told KDKA.

The suicide prevention service — which you can dial at 988 in the United States — heard Gabe’s concern and connected him to a Grand Saline police officer who was stationed where the girl lived. “He went to her house, checked up on her,” Gabe said. “The next day he called me and said, ‘She’s fine. It’s real.’”

RELATED: Woman Is Stuck in Her Bathtub for 5 Days – Gets Help After an Unexpected Stranger Notices This

The police department used geotracking to locate the girl’s house, but they wouldn’t have known to seek her out without Gabe’s warning. “I was almost shocked to see it was a true story,” said Fred Rongier, Gabe’s father. “I didn’t believe it at first, but I had to believe it. It’s really true.”

Gabe’s mother Lori just hopes that Gabe’s actions inspire others to step up when someone is in need.

“Of course, I’m very proud of him, but I really hope that other young people his age might see the story and also be inspired to also take action to help somebody in need just like Gabe did,” Lori said.

How A Young Boy Proved The Importance Of Speaking Up

All around the country, people have been reaching out to Gabe to thank him. Gabe, who dreams of one day being a SWAT officer, received a package from the New Saline Police Department containing a police path, a letter from Officer Chandler, and a traditional law enforcement “Challenge Coin.”

“I feel relieved that she’s OK,” Gabe said. “I feel like I did something good.”

Gabe’s mother and father are proud of their son’s resolve and compassion, which saved the life of another child.

“When he went to bed, I always kiss him and, I’ve been telling him since that day, ‘You’re my little hero,'” Fred said.

Fred is right: His son is a hero. Not only did he save this one young girl, but he has shown children around the country what to do when they see a person in need of help.