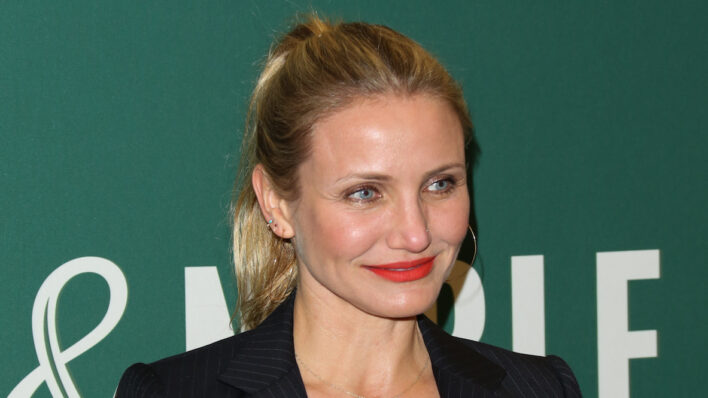 What Drove Cameron Diaz To Quit Hollywood Once And For All?

Cameron Diaz mysteriously disappeared from Hollywood. Years later, she reveals the powerful reasons that motivated her exit, teaching us all to take a stand for ourselves.
By Shaoni Das    August 17, 2020

Cameron Diaz mysteriously disappeared from Hollywood. Years later, she reveals the powerful reasons that motivated her exit, teaching us all to take a stand for ourselves.

Why would anyone ever want to retire from Hollywood? Most people harbor dreams of making it big in Tinsel Town. They want their star on the Hollywood Walk Of Fame, they want to be posing on the red carpet as photographers scream their name, they want the millions of followers on social media — the list goes on and on.

But it’s not all glitz and glamour for the celebrities that actually live the life on a daily basis. What people forget is that Hollywood has a colossal universe of its own that comes with its own traditions and rules. One of the most criticized traditions seems to be the act of kicking a woman to the curb once she reaches a certain age.

Think about Cameron Diaz, for example. The California actress essentially became an It Girl in the 90s and was primed for widespread success and acclaim. Though she certainly enjoyed twenty decades of stardom, very few people seemed to care when she announced that she was retiring from the business.

The fact that she was in her mid-forties when she made the decision speaks to a deeper problem within the industry. Cameron Diaz’s reasoning for her choice points to how Hollywood as a whole treats women over 40 and how it’s so worth it to go against the grain to follow your heart no matter what.

The actress has always been forthcoming about her thoughts on getting older. In fact, she’s written entire books about it. And one of her biggest qualms has been how Hollywood tends to treat older women.

Reflecting back on her twenties and thirties, Cameron said she felt pressured by interviewers as she would always be asked about hitting the big 4-0. She felt like her body was a ticking time bomb and that reaching her forties was seen as one of the most dreadful things that could have happened to a woman. She said it made her feel devalued and that it was unfair to assume that women approaching forty didn’t have much of a career left and were going to be disregarded.

[Hollywood] bears a large part of the responsibility for how we view aging, telling us that older is ugly or less valuable.

She steadfast believes that women, and men for that matter, need to stop perceiving aging as something negative. It’s a natural process that you have no control over. Cameron doesn’t want women to be craving their youth but instead wants them to enjoy their age and all the perks that come with it: wisdom and understanding.

If we understand in a positive way what is going to happen to our bodies and what we can do to stay strong and resilient, we don’t need to keep wishing that we could get back what’s behind us. We can actually enjoy the fulfillment and wisdom that comes with aging.

She quit acting because she felt like Hollywood “owned” her

In an interview with Gwyneth Paltrow, Cameron explained why she finally took the big step of leaving Hollywood behind. She explained that she’d been an actress since her early twenties and had worked so hard for so long. Even in interviews before retirement, Cameron had hinted that she’d had enough of the business that only objectified and pressurized her. At the time, she was focusing more on the writing and research aspects of films.

In 2014, she quietly slipped away from the public eye and just stopped doing films. For all her optimism about aging, it seemed that Hollywood didn’t care and didn’t even bat an eye when she left. By then, most industry powerhouses had moved on to younger actresses. Cameron doesn’t seem to mind, however. She always knew that she was going to taking off to focus more on her family and personal life.

I really looked at my life, and I saw what I had been. When you’re making a movie…they own you. You’re there 12 hours a day for months on end. You have no time for anything else…I had to basically take…responsibility for my own life [back].

She described Hollywood as a “grind” in that she had to be working all the time, not just the time when she was on set. She also talked about the constant pressures of being in the public eye where she had to exert a lot of energy to “putting [herself] out there.” It may feel exhilarating in the beginning but Cameron had had twenty years of it. “I feel it’s OK for me to take time for myself now to reorganize,” she said.

Watch this Goalcast video on the most inspirational celebrity stories:

So what’s the former actress up to nowadays? Well, she’s living her best life. She’s been savouring a blissful marriage with husband Benji Madden and the two welcomed their first child Raddix earlier this year. She’s also been spending loads of time with her friends and recently launched her wine business. She hasn’t done a movie since 2014 and doesn’t plan on going back to the “grind” anytime soon.

In fact, she’s gone on the record to claim that she’s found genuine contentment in her retirement. When asked by Gwyneth what it feels like leaving Hollywood in her rearview mirror, Cameron said, “Like peace. A peace in my soul because I was finally taking care of myself.”

She also discussed how she’s finally achieved self-reliance in a way she hasn’t in years. In Hollywood, actors are “infantilized,” she said in that someone always takes care of things on their behalf. They follow orders, they smile when they’re told to, and they don’t have to deal with problems in the same way common folks do. Over time, they lose their independence and feel like they’re just puppets.

But the journey post-acting has been anything but for Cameron.

I needed to become self-sufficient again. I really needed to know that I could take care of myself…putting all the pieces of my life together the way that I wanted it to be put together, not how other people thought it should go.

When the industry has a way of promoting women only to later chew them up and throw them back out again, it’s up to the women to take a stance and figure out their life path. Cameron realized that following her heart towards her family and entrepreneurship was the only way she was truly going to achieve self-sufficiency for herself.

It’s never too late to take a stand for yourself

Cameron discovered first-hand that the system had a problem with treating women. Many women are fighting the system from within, and that’s admirable in its own right. Many are demanding change while still being in it, whereas many like Cameron have just decided to say ‘screw it’ and carve their own path. She listened to her heart and decided to find a new life for herself in her late forties. A brave move that’s ultimately brought her so much happiness.

Taking a stand for oneself doesn’t only have to apply to celebrities. We all feel under-appreciated or used in some way, and there’s no denying we’re all part of a frequently exploitative system. As difficult as it is to imagine taking a stand for yourself, it’s worth it.

You’re putting yourself first, and the results will speak for themselves. Nothing replicates the sweet, sweet feeling of going against the grain and fighting for the life you desire. The most drastic of decisions are the ones that pan out well.