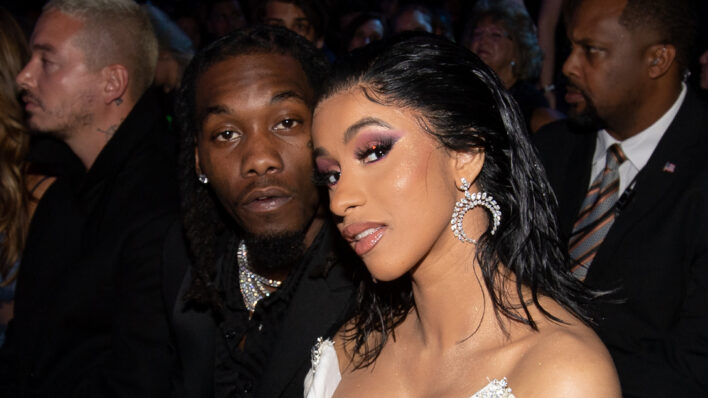 What Finally Drove Cardi B To End Her Toxic Marriage With Offset?

Cardi B and Offset’s relationship has made multiple headlines for being dysfunctional. Now that she has announced her divorce, here are the lessons we can extract from their marriage.
By Shaoni Das    September 23, 2020

Cardi B and Offset’s relationship has made multiple headlines for being dysfunctional. Now that she has announced her divorce, here are the lessons we can extract from their marriage.

A celebrity split managed to grab all the headlines in pop culture this week, leaving followers both shocked and outraged. Hip-hop power couple Cardi B and Offset are calling it quits and divorcing. Though some are hardly surprised by this revelation, others can’t understand what has prompted Cardi to finally make the call.

The two are parents to their daughter Kulture and will now have to see past their differences to co-parent her. If anyone’s been following the couple closely, they’ll know that it hasn’t been an easy road for them in the last couple of years, both before and after the birth of Kulture.

Cheating allegations, public apologies, racy music videos, secret weddings — the two have been through it all. Like many other late millennial superstars, the two are incredibly truthful to their fans about the ups and downs of their relationship. Cardi B is the first to take to social media to confirm and deny rumours, and she herself spilled the beans this week after reports of her divorce surfaced.

Offset cheated over and over again but Cardi always forgave him

Cardi and Offset met before either of them had achieved worldwide fame. Cardi claimed it took a lot of hard work on Offset’s park to get the sparks flying in the beginning. “He was very consistent,” said Cardi about how Offset pursued her. His methods worked and Cardi fell in love with the Migos rapper.

It turned out to be a whirlwind courtship for them as the pair decided to get hitched in their bedroom within one and a half years of dating. The bedroom wedding happened on September 20, 2017. That wasn’t the end of their marriage story; Offset actually planned out an elaborate public proposal for Cardi a whole month after their secret wedding in September. As it turned out, the proposal wasn’t the only dramatic public gesture Offset would carry out in the hopes of winning Cardi’s love.

A few months later, Cardi announced that she was pregnant with Offset’s child. She gave birth to Kulture in July 2018. But their relationship wasn’t the fairytale that everyone had hoped for: cheating allegations involving Offset have surrounded their marriage at each and every turn.

The first cheating accusation surfaced shortly after their wedding, a report so damning that it led to Cardi posting a photo of herself on Instagram, captioned “single.” Cardi later clarified she was being dramatic but the accusations only continued from there. In one such case, it was reported that Offset had made a sex tape with another woman.

The public and her fans pressured her to call it quits but Cardi remained steadfast. She said at the time:

I’m going to make a decision in my own times with my heart and mind. I don’t need to be rushed or be told what to do. Its my life! I belong to me not to the world.

In February, Cardi confirmed that the cheating rumours were indeed true and said she was trying to resolve issues with her husband. She also denied that it was “low self-esteem,” that forced her to stick it out with Offset. She added:

They separated briefly, and Offset turned to grand but empty gestures

It’s one thing to split with a partner when you’re relatively uncommitted and independent; it’s a whole other ballgame to split when there’s a child in the equation. Three months after Kulture’s birth, Cardi said that the cheating rumours drove her up the wall. She said she has no way of knowing what to believe and that she is tired of “feeling insecure,” about herself.

In December, Cardi confirmed that the two had split. But her reasoning didn’t involve cheating or anything of that sort; she instead said they “grew out of love.”

It’s nobody fault. It’s just like, I guess we just grew out of love, but we’re not together anymore. […] I am going to always have a lot of love for him because he is my daughter’s father.

Cardi was respectful in that she never tried to throw dirt at his name, even though the entire world knew of his extramarital activities. Meanwhile, he tried everything to get her back. From tweets declaring how much he missed her to begging Cardi on Instagram to forgive him, he did everything in his power to make his apology as public as possible. He also went on Instagram live and apologized for being a “selfish, messed-up husband.”

In perhaps the most dramatic public apology, Offset surprised Cardi on stage as she was performing as a headliner in a music festival. A bunch of dancers carried out a sign reading “Take Me Back, Cardi.” Cardi looked a bit annoyed but managed to finish her set. It’s that point when people started accusing Offset of emotionally coercing and pressuring her to get back together with him.

About the surprise, Cardi said:

I get that he’s trying. It’s hard. It’s gonna take a long time to—I don’t know what’s going to happen next […] I just feel bad. This is why I don’t like surprises.

However, things were looking up. Cardi B and Offset officially reconciled by February 2019 but Cardi told her followers that “it takes time,” to rediscover their love and partnership, especially when there is a child involved.

Cardi B explained her decision to forgive him, saying:

Everybody has issues. I believe in forgiveness. I prayed on it. […] And we just came to an understanding like, bro, it’s really us against the world. He has my back for everything, I have his back for everything, so when you cheat, you’re betraying the person that has your back the most. Why would you do that? We have come to a clear understanding. For me, monogamy is the only way.

She also added that she would not forgive him again if he went back to his cheating ways. Unfortunately, it seems like that’s exactly what happened.

Cardi eventually ended things because she was “tired of arguments”

That leads to the most recent update involving the couple: Cardi B has pulled the plug on their relationship and filed for divorce. For fans, it feels like a final decision from a couple that has been on thin ice from the very beginning. Thankfully, Cardi B went on a lengthy Instagram live and broke down the reasons why she made the move:

Nothing crazy out of this world happened, sometimes people really do grow apart. I’ve been with this man for four years. I have a kid with this man, I have a household with this man. Sometimes you’re just tired of the arguments and the buildups. You get tired sometimes.

Cardi explained that her decision was not due to Offset’s recent infidelities. She just got sick of arguing and not seeing eye-to-eye with the father of her baby. In her divorce filing, Cardi B mentioned her marriage was “irretrievably broken,” and that there was no prospect for reconciliation.

It’s anyone’s guess as to whether Cardi B might get back together with Offset but one thing’s clear: taking the big step of divorce is probably a decision she didn’t take lightly. Some aspect of their relationship is broken beyond repair.

Hold your loved ones accountable for their actions

Your loved ones are not perfect — no matter how much you want to believe that. Sometimes they will hurt you, sometimes they will break your heart, and sometimes there is nothing you can do to stop that behaviour. The only thing you can do is set up boundaries, and once they cross or disrespect those boundaries, you need to hold them accountable and make them answer for their behaviour. It doesn’t mean you’ve stopped loving them but that you are willing to fight for yourself and your values.

Offset tried so hard to get Cardi back but ultimate those were futile gestures. You can’t claim to the whole world that you’re going to be a better person only to go back on that immediately. It’s not easy to be a better person, of course, but those big gestures might only set you up for failure as you’re trying to repair something broken. Ultimately, it’s about your actions and behaviours; if those things don’t change at all, then maybe it’s time to put your foot down and do what’s right for you and your wellbeing.