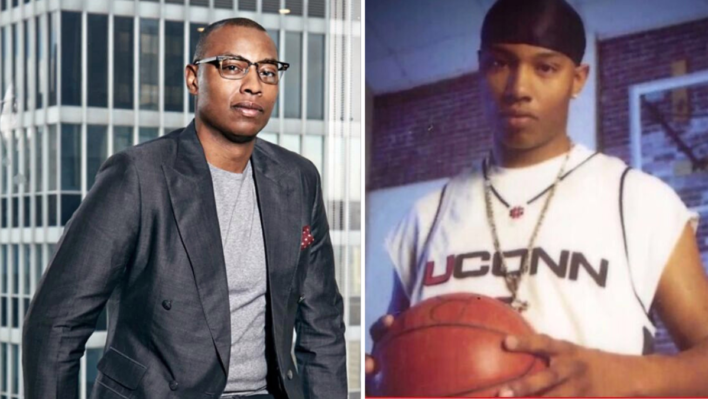 Caron Butler never thought of making it out of his hometown, let alone to the NBA.
By Carl Wordsworth    January 8, 2023

Caron Butler never thought of making it out of his hometown, let alone to the NBA.

Caron Butler is now an assistant coach on the Miami Heat, a motivational speaker, and a retired professional basketball player.

His basketball career took him throughout the United States, on teams such as the Los Angeles Lakers, Oklahoma City Thunder, and Detroit Pistons. However, Caron Butler’s journey to get there wasn’t easy, and is extremely inspiring.

Butler grew up in Racine, Wisconsin, and by the age of 15, had been arrested 15 times. In an interview on the Oprah Winfrey Show, Butler said, “My role models back then were pimps, drug dealers.”

Though he was a standout basketball player in high school, Racine Park High School, playing professional basketball was highly unlikely for a young Caron Butler. However, his trouble with the law turned out to be pivotal. He says one of the most defining moments was watching his mother’s eyes as he rode away in the back of a squad car.

RELATED: Drug Addict Passes Out Behind the Wheel With Her Child in the Car – Postal Worker Spots Them and Becomes a Hero

Caron Butler recalls a decisive turning point occurred when he was in solitary confinement. He told Oprah in the same interview mentioned above, “I remember writing my mother letters, so many letters, telling her how much I loved her and if I was to get out, I would never, ever hurt her again…. It was from this moment I knew that I could do anything in life.” Butler was able to use the situation as motivation, and his journey after will inspire.

After his release, with a renewed drive, Butler moved to Maine to attend Maine Central Institute. During his years there, Butler polished his basketball skills and earned a scholarship to play for Coach Jim Calhoun at the University of Connecticut.

Soon after, Butler was a lottery pick in the NBA draft, selected tenth overall by the Miami Heat. During his rookie season, he caught the attention of the entire league, and laid the foundation for an impactful career in the NBA. He became a vital member of many teams, earning All-Star accolades, and recognized often by coaches and players for his positive attitude.

Later in his career, he even returned to his hometown for an emotional press conference after being traded to the Milwaukee Bucks. The press conference was hosted at his old high school, a testament to how far he had come, and an inspiring message for the youth of his hometown who can see themselves in Butler’s story. Though he battled injury in his career, he coaches with the same team he started his NBA journey with — the Miami Heat.

Since then, he has also released a book about his life, titled “Tuff Juice: My Journey from the Streets to the NBA” in which he details his incredible journey from Racine, Wisconsin to the NBA and beyond.

Butler is now a dedicated motivational speaker as well, often sharing his story as an example of what is possible. No matter how debilitating some adversity may seem, Butler is quick to remind the youth that it is always possible to make a change.

In 2005, Butler started visiting incarcerated youth at the Oak Hill Youth Detention Center to offer guidance and support. He is involved in many other similar programs, and is especially dedicated to community outreach in his hometown of Racine, Wisconsin.