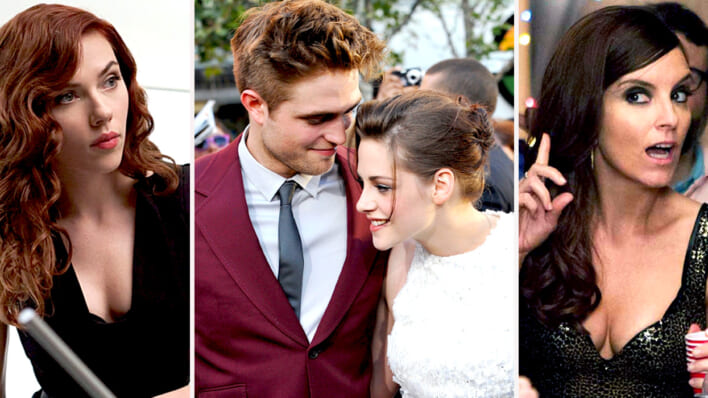 Not all celebrities are found on social media, but contrary to popular belief, this shows a healthier alternative to the current culture.
By Jeff Dumont    July 20, 2022

Not all celebrities are found on social media, but contrary to popular belief, this shows a healthier alternative to the current culture.

If there is one part of society that can easily separate the modern era from the past, it’s social media. Evolved out of quirky forums to become one of the primary aspects of contemporary human culture, it is the main force in the way people interact with each other, entertain themselves, and even work.

Celebrities are no exception. Due to the social elements of their careers, celebrities are expected to use social media as much as possible for promotion and to allow fans a glimpse into their private lives.

RELATED: Athletes, Actors, Artists, and Others: Celebrities and Famous People with Depression

Social media creates the impression that public personalities and fans are closer to each other than they are. The biggest celebrities have pages on every major platform; whether it’s Twitter, Instagram, or TikTok, fans can expect to find, consume and interact with their favorite celebrities from the comfort of a couch.

But every situation produces exceptions, and despite the conformity found in the expectations of celebrity culture, not all stars decided to go down this particular rabbit hole.

What These Celebrities’ Absence From Social Media Says About the Internet

Despite, or perhaps because of its ever-growing importance, social media has taken a toll on people’s lives. As a result, it has attracted several controversies, and it only seems to get worse every time a new platform becomes popular.

While the internet offers plenty of opportunities, these benefits can enter a person’s life at the expense of their mental health. Despite their wealth and names being attached to such a prestigious status, celebrities are just as likely to endure the nonsensical side of the internet as others. The reason why a public personality would avoid the internet is a reminder of how to keep one’s habits and mental health in check.

RELATED: How to Talk to Your Kids About Social Media

One downside of a social presence that encourages exposing one’s life to an audience of potentially millions of people, is how much it panders to the human ego. As temporarily validating as it is to see one’s own post get flooded with likes and comments, the other kind of reception can be disastrous for mental health.

Celebrities Not Currently on Social Media

Harry Potter star, Daniel Radcliffe, admitted in an interview that he would take social media too personally if he were on it and both positive and negative comments from strangers would be too overwhelming.

Other celebrities that avoid social media out of a desire for privacy include George Clooney and Scarlett Johansson, citing the lack of appeal in regularly sharing daily posts about their private lives and most importantly, not wanting to be available all the time.

Genuine anonymity is increasingly tougher to obtain and opens the door for people to discover every nook and cranny of someone’s personal life.

Sandra Bullock knows this all too well. The actress starred in the 1995 hacker film The Net, when asked by The Jess Cagle Show if that was the reason she stays off social media, she says, “I learned a lot.”

The Olsen twins, Mary-Kate and Ashley have always treasured their privacy, and treat social media just like how they treat the idea of directly interacting with their fans in the pre-social media era: with dismissal.

It may sadden fans of Twilight stars, Kristen Stewart and Robert Pattinson, to know that both actors maintain a hard line between their public and private personas. Both have spoken out against public social accounts. Though Stewart announced she has an Instagram only available to ‘exclusive friends and family.’

Emily Blunt has no Instagram or other social media at all. Speaking to the Hollywood Reporter she eloquently says, “I’ve always loved the mystique of an actor, I don’t need to know what they brush their teeth with. I don’t want to know.”

Comedian Tina Fey is noted for associating her absence from social media with pragmatism, joking that she doesn’t want to perform comedy for free, nor does she have the time. There is likely another reason for her lack of online activity, it can become a culture that validates narcissism and, to Fey, demands constant apologies.

Best friend, Amy Poehler had this to say about her lack of Instagram, “Throwing your window open to a busy New York street and yelling, ‘Do you think I’m pretty?’ You’ll get a lot of different answers”.

Another notable pair of creatives that stay away from social media is South Park creators Trey Parker and Matt Stone, despite their show’s impact on pop culture. They do not even manage the official South Park pages. Their only involvement with social media was Parker’s brief stint on Facebook, which ended due to his displeasure with the platform’s culture and inspired the episode “You Have 0 Friends.”

Even people associated with historically and artistically important works, such as South Park, can be dismayed by the darker side of social media.

Celebrities With No Social Media Leads to a Positive Outcome

Social media can create a toxic culture and can contribute to poor mental health including anxiety and depression. With so many people given the opportunity to express opinions on any subject, social media discourse can encounter general entitlement.

At its worst, it creates a demand for popular viewpoints and actions and can result in users being singled out if they go against the grain. The potential toxicity of social media is just another part of the digital world that turns people, including celebrities, away.

RELATED: This Influencer Is On A Powerful Mission To Reveal The Truth Behind Instagram Pictures

Being famous or talented should not guarantee a complete loss of privacy. The internet has blessed and cursed us with social media, in particular, how invasively prevalent it has become in people’s lives.

One of the main reasons for social media is to keep in touch with our favorite public personalities and see what they are like behind the Hollywood lens. This does not mean we are entitled to the fine details of someone’s personal life. Perhaps it’s time to reevaluate our relationship with the internet.

Celebrities that opt out of the social media experience could contribute to people’s collective self-reflection. If someone whose job requires the attention of an audience can ignore social media, then regular people can certainly readjust their consumption habits.