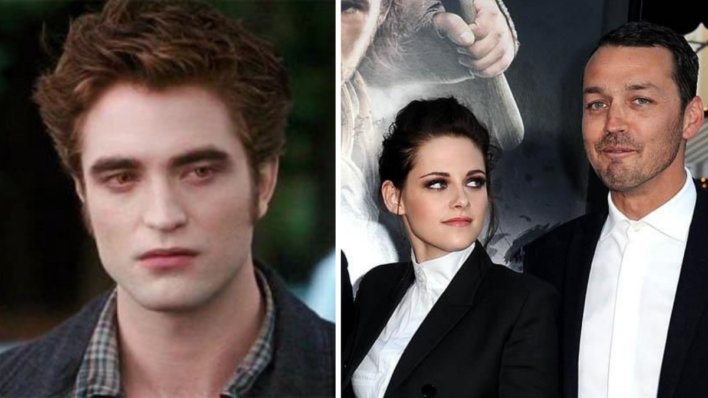 When the media tried its best to create chaos after Robert Pattinson and Kristen Stewart broke up, he chose the higher road.
By Shaoni Das    June 30, 2021

When the media tried its best to create chaos after Robert Pattinson and Kristen Stewart broke up, he chose the higher road.

Nothing rocked the Twilight Universe more severely than a cheating scandal involving its beloved leading stars.

A few months prior to the release of The Twilight Saga: Breaking Dawn – Part 2, Kristen Stewart and Robert Pattinson were caught up in a trying, unpleasant situation that soured fans’ moods and incited widespread anger among the masses. Kristen’s notorious affair with director Rupert Sanders not only put a damper on what was to be a celebratory party train marking the final Twilight movie, but it completely dismantled the sweet romance that had blossomed off-screen.

It became clear that Rob and Kristen’s relationship wasn’t going to survive, and that Kristen’s actions would carry grave, albeit unwarranted, consequences. Yet, nearly ten years on, it’s safe to say that the illicit affair didn’t exactly produce the magnitude of drama and uproar as many had feared.

Some of the credit should be extended towards Robert Pattinson and his levelheaded response to the whole episode. Here’s how he dealt with the shocking series of events:

What’s admirable about Robert is that he’s remained consistently tight-lipped about the whole ordeal. A lot of rumors were spread about his behavior in the immediate aftermath — that he felt “angry” and had left “heated text messages” on Kristen’s phone — but the upcoming Batman actor never bothered to dignify the mess with an official comment. The only occasion in which the British heartthrob addressed the affair was an Esquire interview in 2014.

Robert Pattinson sidestepped queries about his failed romance and instead elaborated on the media blitz that descended upon his life amidst the scandal. He said that it had become impossible to maneuver the gossip and that he had to learn how to be more diplomatic and guarded when discussing his personal affairs. The 35-year-old also expressed empathy concerning KStew’s reputation, stating that he didn’t want to share anything potentially misleading about the actress that could have lasting implications on her career and private life. “Because when you talk about other people, it affects them in ways you can’t predict,” he said.

Instead of directly calling out the parties involved and unleashing his raw emotions to the interviewer, Robert Pattinson decided to describe his plight the best way he could: through a movie analogy. He referred to a scene in the 2008 film Doubt, adding that his distress is comparable to the one faced by Phillip Seymour Hoffman’s character in the film — “It’s like that scene in Doubt, where he’s talking about how to take back gossip? They throw all those feathers from a pillow into the sky, and you’ve got to go and collect all the feathers.”

Perhaps the metaphor would better resonate with those who’ve actually watched the movie, but nevertheless, his perspective comes through loud and clear. It’s anyone’s guess how he coped with being cheated upon, but it’s apparent that he is far more aggrieved by the collective commotion than he is by Kristen’s momentary lapse of judgment. As is the case with many celebrities going through personal upheaval, the press didn’t miss a beat in preying upon their vulnerabilities and mining their intimate conflicts to sell more papers and sway public opinion.

The worst part is that it wasn’t even Robert who went through the wringer; his ex-girlfriend faced the brunt, if not all, of the scrutiny and therefore had to dramatically transform her attitude to grapple with the relentless shaming.

Outside of the Esquire interview, Robert has provided no further insight into the dissolution of his relationship with Kristen, and rightfully so. He’s never felt entirely comfortable with the extent of his celebrity and has had more than a few awkward encounters with the media. Yet, he persists in preserving his privacy to the utmost and declining to comment on his romantic involvements.

In an interview with The Times, Robert Pattinson confirmed he maintains amicable relations with both of his well-known exes: Kristen Stewart and former fiancée FKA Twigs. He also justified his firm stance on privacy, saying that letting the paparazzi have access to your relationship can breed a substantial amount of suffering and mistrust among the couple.

If you let people in, it devalues what love is […]  The line between when you’re performing and when you’re not will eventually get washed away, and you’ll go completely mad.

Robert Pattinson to The Times

While there are many public figures that prefer to showcase their love to the rest of the world, Robert is decidedly not one of them. He believes it’s outright “rude” of strangers to inquire about the ins and outs of his relationships, and that he doesn’t understand how “someone can walk down the street holding hands” with hundred people clambering over each other to get the juiciest photo.

He’d been reserved about his engagement to FKA Twigs, and he’s continuing to keep his lips sealed when it comes to his current girlfriend, Suki Waterhouse. Despite being ‘cuckolded’ in front of the whole world, R-Pattz hasn’t necessarily lost his optimism for true love. The dating culture of Hollywood can bring out the skeptic in everyone, but his prior relationships indicate that not all is dead and gloomy. He’d spent four and three years respectively with Kristen Stewart and FKA Twigs, demonstrating that there’s indeed some evidence of long-term commitment in the entertainment industry. “They were pretty long relationships, not like three months,” he told The Times.

In his handling of the Kristen Stewart trainwreck, Robert set an example for how celebrities can stand tall and express empathy amidst the pain and the shame. He didn’t have to excuse or justify his ex’s behavior — given how it directly triggered their breakup. Yet Robert went the extra mile to safeguard Kristen’s confidentiality, and reason with her problematic deeds. The press tried its best to create tension, drama, and high-strung emotion out of the pandemonium, but ultimately, Robert wouldn’t budge. He kept mum and will likely continue to do so.

It’s all too easy to give in to your emotions and have an outburst about the injustices and suffering in your life. Yet, if you’re able to keep calm and composed, and switch perspectives for just a few seconds, you’ll be in a much better position to cope with the pressure. It might not be worth it to slander someone’s name if it’s only going to keep agitating you and revving you up for a confrontation.

Robert Pattinson showed us that there’s always value in taking the high road and closing a chapter of your life with your head held high. Some bridges may forever remain burned, but if you can help to keep them intact, why not do it?