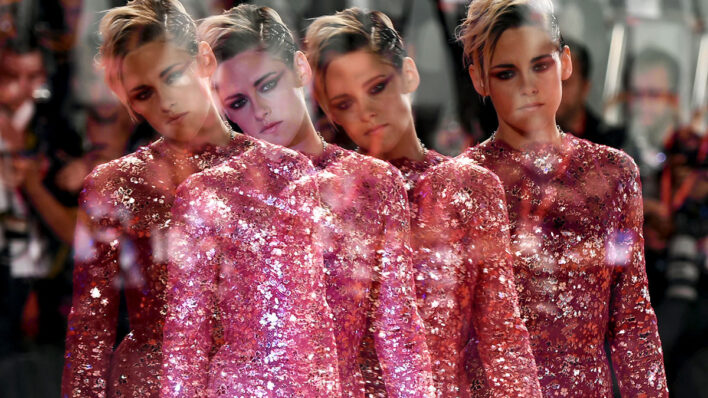 What Happened When Kristen Stewart Broke Free of Twilight

You may still remember her as “the girl from Twilight”, but over the years Kristen Stewart proved that her talent is not limited to her unforgettable role.
By Flavia Medrut    December 3, 2019

You may still remember her as “the girl from Twilight”, but over the years Kristen Stewart proved that her talent is not limited to her unforgettable role.

Kristen Stewart, 29, is an American actress who has been in the business ever since she was a child, starring in Panic Room and Speak, but her breakout role was as the infamous Bella Swan.

Despite a long list of film credits to her name, Kristen rose to fame in the vampire melodrama movies series Twilight – a franchise that people around the world would either worship or loathe.

Stewart never wanted to play along when it came to tabloids, but the vast number of complaints from Twilight critics and her romance with co-star Robert Pattinson pushed her right into the spotlight.

How Kristen handled the spotlight

To a lot of teenagers, Kristen became an idol during the Twilight mania of the late 2000s. However, in trying to cope with all the attention received from the media, the actress was perceived as reluctant and moody.

Apparently, the problem was that she wasn’t smiling enough while embracing her massive success. Many magazines at the time called her annoying, grumpy or awkward; every time you’d check your social media there’d be at least one meme with Bella’s “poker face.”

Even after the Twilight series ended and Stewart moved on to new projects, people didn’t cease to tease her – she seemed destined to be remembered as the girl from Twilight who couldn’t emote.

The unforgettable role that brought her fame and adoration from millions of fans turned out to be nothing more than a stepping stone for Kristen’s acting career.

Her behavior and actions were wrongfully perceived, misunderstood, and she paid a great price for it – quite ironic considering her success, she became one of the most underrated stars.

Years after the Twilight era, Stewart stepped forward and talked about how she really felt about how others perceived her and how it affected her both personally and professionally.

So contrary to some public opinions, she was neither awkward nor grumpy. She simply had her own way of adjusting to all the attention she was suddenly getting.

At the height of her fame, Kristen was going through unbearable amounts of stress and admits she was impacted by people misunderstanding her at the time.

I had panic attacks. I used to puke every day and very casually too… I always had a stomach ache and I was a control freak. I couldn’t anticipate what was going to happen in a given situation, so I’d be like, ‘Maybe I’m going to get sick’. Then I’d be sick.

She now understands how fans could’ve misinterpreted her wariness to the spotlight for something else.

While other movie stars smile and wave whenever there’s a camera near them, Stewart did the best she could to be cool about it, but her attitude didn’t bring the positive outcomes she expected.

I think I’ve grown out of this, but I used to be really frustrated that because I didn’t leap willingly into being at the center of a certain amount of attention, that it seemed like I was an a**hole.

So she took a different route

A lot of actors are remembered for some of their most iconic roles, but their talent is not limited to one performance. Kristen had to step out of all the fuss created by the Twilight saga and prove everyone that she is capable of so much more.

She found her voice after opting for smaller movies of the indie and art house variety. She’s forging the life she chose for herself and has pumped out some seriously great, yet underappreciated, work.

From Snow White and the Huntsman to Certain Women, Personal Shopper to Clouds of Sils Maria (for which she was the first American actress to win a Cesar Award, the French equivalent of an Oscar), Stewart has proven that she is a versatile actress who can take on new challenges.

I was finally given a chance to be looked at, not as this thing in this celebrity-obsessed culture that was like, ‘Oh, that’s the girl from Twilight.’

Stewart is definitely more than “the girl from Twilight.” She has evolved both professionally and personally and that can be easily seen in her attitude – Stewart is more confident and relaxed than she has ever been.

And if you’re still skeptical about her potential and can’t the “Bella” image out of your head, take a chance and watch some of her other work. She has spent the last decade building a diverse, challenging filmography.

Stewart has also delved into directing and even starred as the face of numerous stylish Chanel campaigns.

Taking responsibility for who she really is

After she and co-star Robert Pattinson made headlines with their tumultuous relationship, Stewart has described her sexuality as fluid.

In 2017, however, she went viral with her Saturday Night Live opening monologue, containing a simple line that said “I’m like, so gay, dude” made the crowd go crazy!

She is now in a happy relationship with screenwriter Dylan Meyer and even plans to propose.

After breaking out in a way that felt inauthentic to her, Kristen Stewart focused on changing her reputation in the most inarguable way: by doing great work, regardless of what others expected from her.

We’re happy to see that Kristen has managed to break out of that slump and show her fans that she is a far more talented actress than all those critics assumed she’ll ever be.

Rather than the helpless girl who couldn’t choose between a vampire and a werewolf, she is a now an award-winning performer who only takes parts that have value and meaning to her.