Born Shawn Corey Carter, Jay-Z made it through a rough adolescence while growing up in Brooklyn. Luckily, rapping served as
By Flavia Medrut    July 3, 2022

Born Shawn Corey Carter, Jay-Z made it through a rough adolescence while growing up in Brooklyn. Luckily, rapping served as an escape from the terrible life he could’ve had.

Jay-Z appeared for the first time on Yo! MTV Raps in 1989. Along with Jaz-O, his mentor at the time, the performer started making history in the rap industry. It was then that Shawn became Jay-Z, choosing this nickname part out of consideration for Jaz-O and part as a reference to the J/Z subway station near the place he used to live in. In order to fund his own independent label Roc-A-Fella Records, Jay-Z sold albums out of his car. Arguably one of the smartest investors, he achieved his goal, created his own clothing line, invested in other businesses, and since behind every successful man there is a strong woman, he wedded singer Beyoncé.

Jay-Z has always openly talked about his life in many of his songs and in 2010, he published his autobiography, Decoded, a collection of lyrics and their meanings and a story anyone can relate to.

Here are 20 Jay-Z quotes to inspire and motivate you on your way to success. I’m not afraid of dying, I’m afraid of not trying.

We change people through conversation, not through censorship.

Life is all there is. And if that’s true, then we have to really live it — we have to take it for everything it has and “die enormous” instead of “living dormant.”

I will not lose, for even in defeat, there’s a valuable lesson learned, so it evens up for me.

I believe you can speak things into existence.

Everyone needs a chance to evolve.

Identity is a prison you can never escape, but the way to redeem your past is not to run from it, but to try to understand it, and use it as a foundation to grow.

Only God can judge me so I’m gone, either love me or leave me alone.

Truth is you don’t need some external demon to take control of you to turn you into a raging, money-obsessed sociopath, you only need to let loose the demons you already have inside of you.

They talk. We live. Who cares what they say?

A wise man told me don’t argue with fools. Cause people from a distance can’t tell who is who. If the beat is time, flow is what we do with that time, how we live through it. The beat is everywhere, but every life has to find its own flow.

The more society treats drug addiction as a crime, the more money drug dealers will make “relieving” the suffering of the addicts.

I believe everyone in the world is born with genius-level talent. Apply yourself to whatever you’re genius at, and you can do anything in the world.

Money and power don’t change you, they just further expose your true self.

People look at you strange, say you changed. Like you worked that hard to stay the same.

You can want success all you want, but to get it, you can’t falter. You can’t slip, you can’t sleep. One eye open, for real, and forever. 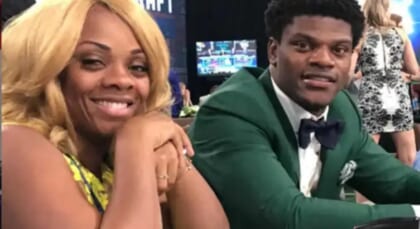