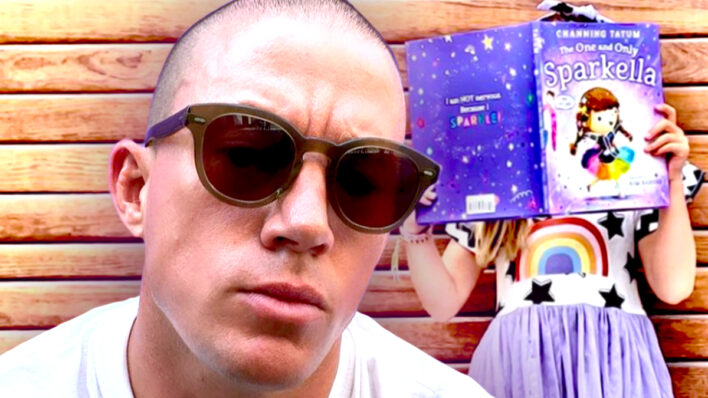 The Magic Mike star worried he couldn’t relate to his daughter as a single father. His incredible journey, however, became an invaluable lesson for every parent.
By Shaoni Das    February 17, 2022

The Magic Mike star worried he couldn’t relate to his daughter as a single father. His incredible journey, however, became an invaluable lesson for every parent.

The star of 21 Jump Street and the new comedy, Dog, has had a more relaxed filming schedule for the past few years, but that doesn’t mean he hasn’t been busy with much more important matters. In a recent interview with The Hollywood Reporter, Tatum revealed a profoundly personal motivation that has been driving his journey outside of acting. He and his fellow Step Up co-star and now ex-wife Jenna Dewan divorced in April 2018, leaving their young daughter Everly embroiled in a taxing separation. As a result, the actor had to redefine his parenting style, and he was forced to face his fears of single parenthood head-on.

Divorce is undeniably tough for everyone, irrespective of celebrity status. Sometimes, established family dynamics can topple overnight, and it’s difficult to mend those bridges or create a stable environment for a child in particular. In Channing Tatum’s case, he was thrown off balance, unable to relate to his daughter on his own terms, distressed by the prospect of forging a connection with Everly without his partner by his side.

How did he navigate what can be a demoralizing time for every parent, and how can his experience be of value to those going through the same battle?

Why Channing Tatum Felt “Doubly Afraid” of Relating to His Child

In the most recent issue of VMan magazine, the star revealed the tumult that overtook his mental state following his parting of ways with Jenna.

His primary concern was maintaining his bond with Everly and providing her with the same physical and emotional nourishment he had in years prior. Many new single parents feel they no longer have the reliability of a traditional family structure, and feel vulnerable and scrutinized in how they raise their kids. Channing had always been the “fun” dad: goofing around, playing make-believe, and being the magical character his daughter needed him to be. But that had to change.

When it came to serious issues, which only increase as children get older, he was stumped. “I just didn’t know if I was going to be able to meet her on her level, especially now that I’m a single dad. I was doubly afraid,” he told the magazine.

When I became a single father, I had a lot of fear about connecting to Everly in every way that a little girl might want. I didn’t wear nail polish or know how to braid hair. But now I do both.

His unease originated from being a father, as he wondered whether he would be able to connect with Everly in a way he thought only mothers can. How could he support her as she was coming to terms with her femininity? As he told Parents magazine, “I didn’t wear nail polish or know how to braid hair.” As a result, he was gripped by fear: of being a bad father, or even worse, someone who genuinely didn’t understand their kid.

Channing Tatum Discovered the Value of Connecting with His Daughter

Children don’t need parents to relate to them on every single level. As long as they are actively trying to get to know their kids and their emerging personalities, moms, dads and other types of parents are doing their jobs. Channing Tatum realized over the years that similar anxieties were holding him back from genuinely exploring fatherhood. That’s why he made a conscious effort to dive into Everly’s universe, without worrying about his own inadequacies.

“I jumped with both feet into this magical world,’ he said, “and I was rewarded with a kind of love that I don’t think I would have ever been able to have otherwise.” Shedding his masculine ego, he started wearing nail polish, braiding hair and participating in every single play scenario or hobby his daughter loved.

The 41-year-old Magic Mike star discovered how truly magical it was to spend time with his daughter and immerse himself in her vast imagination. Though he could never fulfill her mother’s role, he managed to successfully carve out a place for himself in Everly’s life, which is far healthier for their family in the long term.

His advice to single dads going through the same struggle is to just take their daughter’s lead. “As that journey unfolded, I realized that all I really had to do was just go into her world and do whatever it is that she wanted to do.” He didn’t question whether he was fit or capable of undertaking such a responsibility, he just dove in and worked his magic.

In fact, he went on to develop such an affinity for Everly and her fantasies that he wrote a children’s picture book titled The One and Only Sparkella in 2021. Basing the central character on his daughter, he wanted to celebrate Everly’s creativity and passion, and confidence in full force. “We played a lot in her room over quarantine, and it helped flesh out the story. Even when I was home alone, I would find an item of hers that gave me an idea,” he said about his writing process. Ultimately, Channing Tatum is grateful for being a Girl Dad. Being able to overcome self-doubt allowed him to jump into the experience with full fervor, and he hasn’t looked back since.

I want dads not to be afraid to go into their daughter’s world and discover who they are.

His dedication to his daughter is an example for everyone: you don’t have to be a parenting expert to fit in your child’s life. You don’t even have to have much in common with your child to feel a rapport with them. As long as you understand where they’re coming from, and you take the time to listen and focus and keep an open mind, you’ll hit it off.