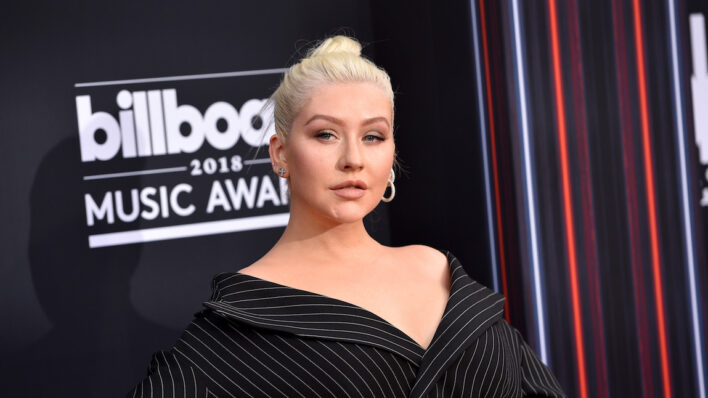 Christina Aguilera’s Survivor Story Made Her The Fighter She Is

Christina Aguilera has inspired millions with songs like ‘Fighter’ and ‘Beautiful’ but behind these iconic hymns, there is a personal story of survival. Indeed, Christina grew up in a violent home and community and that has shaped the woman she is today.
By Shaoni Das    April 20, 2020

Christina Aguilera has inspired millions with songs like ‘Fighter’ and ‘Beautiful’ but behind these iconic hymns, there is a personal story of survival. Indeed, Christina grew up in a violent home and community and that has shaped the woman she is today.

As a singer, dancer, actor, philanthropist and a mother of two, Christian Aguilera is an all-round superwoman. The woman has been an inspiration to her audiences for well over twenty-five years now, and she doesn’t intend to slow down.

She may have gotten her footing in the industry as a young cast member in kids’ television show The Mickey Mouse Club but it is her colossal, powerful voice that catapulted her to the top of the charts.

Believe me: listen to any one of her extensive vocal riffs in a live performance and it will certainly strike a chord with you. Her extensive musical works over the years have certified her as one of the best-selling and influential artists of all time.

On top of being a fantastic singer and performer, Christina has also advocated for issues that are dear and close to her heart, including but not limited to animal rights’, LGBTQ rights, environmental sustainability, and domestic abuse. She isn’t just a “fighter” by name; her willingness to go above and beyond for matters that are important to her proves once again why she has endeared herself to her enormous fanbase.

Yet if you look deeper, you will find that events that occurred in Christina’s childhood and personal life play a massive part in how the singer expresses herself through her music and philanthropy. Like many other individuals out there, Christina’s strength and resilience have been informed by actual experiences; experiences that have shaped and guided her to become the icon she is today.

She grew up in a violent home and community

Christina has been forthcoming about her abusive childhood, both in her music and her interviews. She told Paper Mag that domestic violence was rather commonplace in her neighborhood in Staten Island, New York.

She was forced to witness the abuse her mother suffered at the hands of her father. Christina had to get used to seeing her mother assume a submissive position at all times to appease her father, and if her mother wasn’t being absolutely careful with her words, she would get beaten up by her father.

And the abuse wasn’t just directed at Christina’s mother. The singer herself was subjected to a number of unpleasant situations, including pushing, shoving, fighting, and quarreling. Christina’s mother, Shelly, even gave an interview where she recounted how Christina herself was physically abused by her dad on one such occasion.

Christina had blood dripping down her chin, and so her mother asked her what was wrong. Four-year-old Christina explained that her father wanted to take a nap and she made too much noise, and so the father struck her violently in response.

You can either be, unfortunately, so damaged by it that you take a turn for the worse, or you can feel empowered by it and make choices to never go down that route.

It was around that time when Christina had to turn to music as a form of escape. She hated feeling powerless, and therefore, being able to sing and create music became her only source of comfort. The domestic violence continued for much of Christina’s childhood until her parents got divorced when the singer was six.

She recalled the divorce as the “greatest gift” to her a child because it meant that her mother was no longer okay with being abused and Christina finally had the opportunity to experience a relatively content childhood. Since then, Christina has been estranged from her father but has raised the possibility of getting in touch with him at some point in the future.

She uses her voice to speak up about abuse

Seeing her father be so dominant and overbearing toward her mother led Christina to decide that she would never go down the same route. She didn’t want to rely on a man for emotional or financial support, and hence Christina told herself that she would work hard enough to stand on her own two feet.

It’s what had driven her to become such a workhorse earlier in her career; she needed to know that it was possible to provide for herself and her loved ones without the help of a controlling, abusive man.

But at the same time, the singer knows all too well about the mindset of an abuse victim. She knows that it’s very challenging for someone to recognize that they’re living in a violent situation.

Plus, just figuring out what to do and how you can remove yourself from such a situation is a lot of work. It becomes all the more difficult when you’re financially dependent on your abuser or if there are children in the picture.

This is why Christina has no time for people who take to victim-blaming to justify domestic abuse.

I hate when people say, ‘Why doesn’t she just leave?’ There’s psychological damage and mental abuse that comes with being in a situation like that.

This is why the singer has dedicated her entire life to provide support to domestic abuse survivors. From donating a portion of each ticket sold from her Las Vegas residency show to partnering up with programs that connect survivors to necessary sources, Christina has remained steadfast in her fight against violence.

She received the Community Hero award from Las Vegas domestic shelter The Shade Tree in 2019 for her outstanding work and commitment in this area.

Upon accepting the award, Christina reflected on her own experiences with abuse, stating that she knows what it’s like to fear for your own life as you’re trying to escape the direst of circumstances.

If she hadn’t had her grandmothers’ house, then she and her mother too would have had to resort to a women’s shelter. Christina has said that this issue is horrific and happens far too much to people, and that’s why it’s important for people to come together and listen to the survivors and “help them regain strength, self-empowerment and provide resources for a better independent future”

Past experiences can turn into future lessons

As a child, Christina had sworn to herself that she wouldn’t let herself get used and abused again. The brutalities faced in her childhood only spurred her to work harder as an adult to thrive and succeed.

She also set to provide a more stable home for her own children. As she was going through the process of divorcing ex Jordan Bratman, she told herself that it was better for their son to have two loving homes rather than one tense, unstable one. Divorce isn’t always the answer but it can certainly be a relief when conflict is never-ending and increasingly unpleasant.

My whole life has been about ‘fight or flight’…No matter what chaos is around me, it gets me back into my body. [I’ve learned that] the stronger you get within yourself, everything else just bounces off.

The singer has faced her share of troubles in the industry but none of that outshines the wonderful work she’s been doing with women’s organizations. If we’re ever lucky enough to escape uncomfortable, possibly life-threatening conditions, we will need to be aware that those circumstances will end up shaping much of our life.

However, instead of letting those ugly memories bring us down, we can speak up and act in support of those who’re going through something similar. We can remember and learn from those events, and shape our lives accordingly.

Christina found herself a real community of survivors and heroes as part of advocacy work, and that’s how she was able to heal and process the abuse she endured over thirty years ago. No matter what you’re going through, someone in the world is going through the same thing, believe it or not.

Being able to share our feelings, acknowledge our pain, and contribute to causes that we care about is what sets us different from our abusers in the first place.