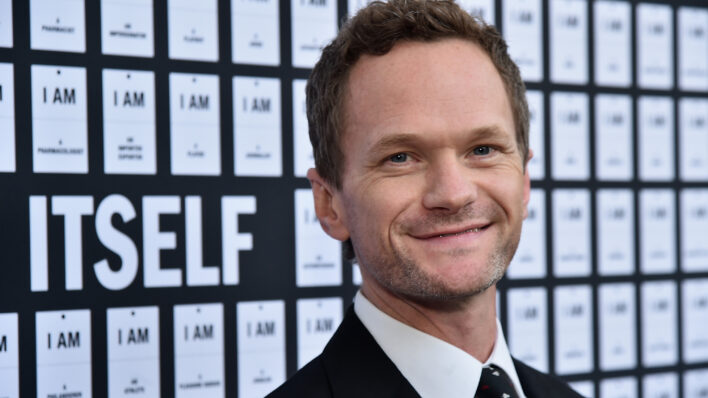 As a digital nomad and journalist, I travel the world while logging around 70 articles a month. To effectively manage a
By Lindsay Tigar    February 6, 2019

He’s played both Doogie Howser, M.D. and Barney Stinson — but it’s his off-stage personality that’s won over his fans. As an activist in LGBT rights, a talented actor, writer, producer and ahem, magician — Neil Patrick Harris is one of the most beloved creatives of modern times. He’s been nominated for four Emmys for his performance in How I Met Your Mother, and won the 2014 Tony Award for Best Leading Actor in a Musical for Hedwig and the Angry Inch.

He’s also made history, as the first openly gay male to host the Academy Awards in 2015, as well as named one of the most influential people in the world by Time magazine in 2017. His estimated net worth teeters around $40 million but what most fans love the most about him? His humor, his kindness and his willingness to give them a glimpse into his home life with husband David Burtka and and their two twins.

If you want to tap into his special aura, here’s some of the habits and mantras NPH swears by:

Truth be told, anyone who tops lists or brings home an impressive annual income will be the first to admit they’re a bit of a workaholic. He’s been lucky to always find work, often all at the same time, as the saying ‘feast or famine’ goes. He told Time Out: “My life has been wonderfully filled with lots of things happening simultaneously, and that’s the greatest blessing professionally.”

When it comes to his children, the same mentality goes: “When they were brand-new babies, they couldn’t engage with you much, outside of a diaper change. You could still come and go with relative ease. Now that they’re in school and needing a support system around, we’re trying to actively take on less,” he shared with The Guardian. “But I’m finding that even when I’m at home and I have a free day, I’m at my happiest when I’m going from floor to floor fixing things, and gluing things together, and building Lego. I’m always kind of working.”

When you think of the actors and actresses whose careers you follow, it’s usually those that come across as the most authentic on the big screen. You get lost in their characters, and their performances provoke an emotion, whether sadness, inspiration or glee.

Harris prefers to be an open book in all parts of his life, but specifically in his craft. As he told The Rolling Stone: “Once all cards were on the table, I got more opportunities than ever. Some actors don’t get hired because you can’t look into their soul and see what they’re like, because they’re kept guarded.”

For Harris, it took touring with the cast of Rent to get him to this state of self-confidence and comfort. When he realized how different, and yet accepted, everyone was, he realized there was nothing he should be but exactly who he is. “Forty-year-old, grizzled-looking ex-heroin addicts and, you know, very effeminate drag queens, and amazing African-American lesbians. All of these people, all together, loving and laughing and sharing and hugging and embracing,” he shared with The Rolling Stone. “That was a real eye-opening experience. Like, ‘Oh, I can be whoever I want to be, whoever I am, and own it. And then find people around me that can embrace those qualities.’”

He focuses on efficiency.

So, let’s list out his titles here: actor. Producer. Dad. Husband. Instagram star. Halloween lover. And so on. Considering he is also a magician (who knew Stinson wasn’t a complete act?) — he’s mastered the difficult act of juggling the many demands from his professional and personal life.

To ensure no ball gets dropped (too many times, anyway), Harris told The BUILD series he priorities efficiency. “The fun thing is to be able to, when you’re doing one thing, figure out how to do it as effectively as possible so if you’re lucky enough to have the chance to do it again, you’ve learned stuff from it and try to incorporate them into one another. I’ve gotten to do musical stuff on film and filmic stuff on theater.”

When you’re ambitious, patience isn’t exactly second nature since you’d like to rise to the top ASAP. However, Harris has realized that sometimes, diligence and gradual improvements can be more meaningful than quick wins. As he told Entrepreneur, “Being too lofty too fast doesn’t seem like the best equation… Following something that you’re passionate about that you can’t stop doing is the quickest way to success.”

He also allowed his career to shift, following what he was great at, instead of focusing on the gigs he wasn’t getting. While we all have visions for who we’d like to be and where we’d like to go, the ability to pivot is an all-too-important skill. “While I was worried that I’d never work again, I continued to work again so I thought ‘Well, I’m not getting gigs in LA. I’m only getting offered TV movies, which is not a bad thing…”

“I desired longevity more than I desired fame,” he told The Off Camera Show

He thrives on diversity.

If you take stock of his many roles, there’s one central theme they share: diversity. Being able to embody various characters and perform them to perfection has required an ever-curious nature. “I’ve been very interested in not being known for doing one singular thing. Maybe that happened because of Doogie and being in that bubble for four years but it’s exciting to be able to be a host, to be on The Series of Unfortunate Events on Netflix with prosthetics and makeup, and to be able to be in a David Fincher Movie and How I Met Your Mother,” he told Sway In the Morning.

Various mindsets, perceptions and experiences isn’t only how he values his roles, but his life, too. He said it best on  The Wendy Williams Show, sharing “I think what is great about life is being immersed in diversity, is being surrounded with people who are not like you so that you can find your place and your own identity and individuality and own opportunities.”