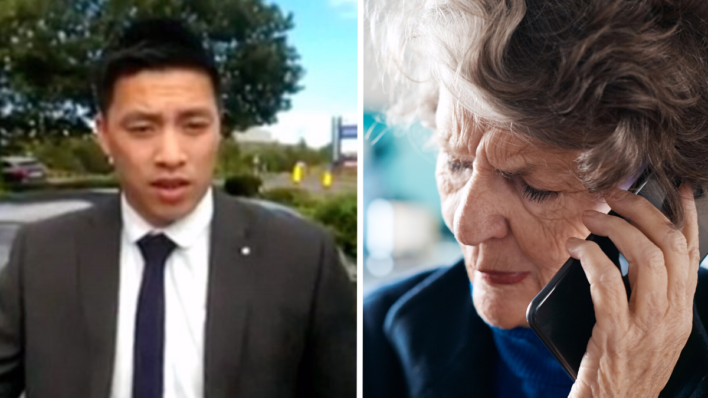 When an elderly woman meant to call her daughter but called a car dealership instead, one man did not hesitate to save her.
By Lindsey Staub    February 19, 2022

When an elderly woman meant to call her daughter but called a car dealership instead, one man did not hesitate to save her.

For Dang Vuong, the sales manager at the Stratstone BMW dealership, a normal day of helping someone at work consists of finding and selling them a car. But one day in 2016, he received an entirely different call for help.

Pedal to the metal

One Sunday afternoon, Vuong answered a phone call from an elderly woman who meant to call her daughter and instead accidentally called Vuong’s car dealership. The woman had slipped while getting ready for a bath and was in need of help.

“My initial thought was that I needed to help her, and make sure she is OK,” Vuong told Today.

In the nick of time

Even though Vuong did not know the woman, he immediately decided to come to her rescue. He told the receptionist to get her address and keep her on the line while he drove the two miles to her house.

I felt like I had to go and help because I couldn’t live with myself if something happened to her and I didn’t even try. If it were my grandparent, how would I feel if she was left alone?

Luckily, the woman’s front door was unlocked and Vuong was able to follow the sound of running water to the bathroom. He found the woman lying on the floor, blood covering her face from where she cut her mouth.

Despite her confusion, the woman was grateful that Vuong had come to help her. He turned off the water, cleaned her cut, and made her a cup of tea. Fortunately, the woman sustained no major injuries and her family arrived as Vuong finished making her cup of tea.

“I didn’t think anything of it as I would hope any other human being would have done the exact same thing,” Vuong told Today. “I’ve been brought up to help people, especially my elders.”

The woman’s granddaughter took to Facebook to commend Vuong’s kindness.

“We can’t thank him enough for what he[’s] done for her, there really is some caring and thoughtful people out there that don’t get recognised for what the[y] do,” the granddaughter wrote. “Hopefully someone will see this that knows him and he can see how grateful we are!”

The woman’s family later met with Vuong to thank him in person, but they were not the only people to share their gratitude. A local pizzeria promised him a free pizza and strangers called him heroic. Even old coworkers came out of the woodwork to praise Vuong.

Used to work with Dang– lovely lad and not surprised to hear this. Well done matey.

Take care of others

After hearing the elderly woman needed help, Vuong immediately came to her rescue. He could have ignored the call and continued with his day, but he decided to make her and her safety a priority, even though she was a stranger to him.

It is important we all take care of each other and look out for strangers, even if we are not the person they meant to call for help. If help is what they need, we must provide it, whether we know them or not.

look out for others
“Helping others is a good effort to instill human dignity.” – Gift Gugu Mona