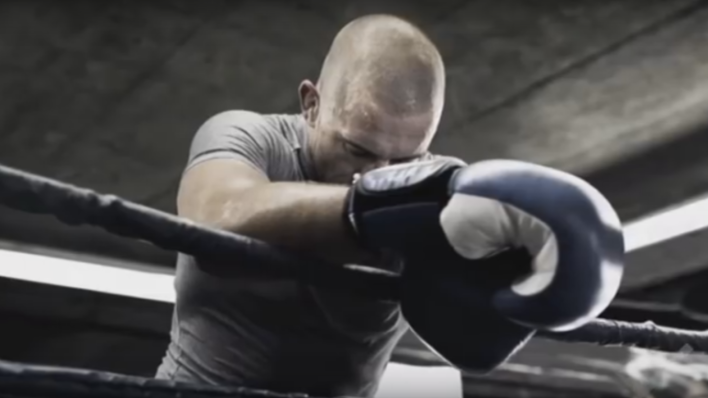 Georges St-Pierre, the former UFC Welterweight Champion, is a role model to many. When you see his fights, it is
By Cyrus    February 26, 2016

Georges St-Pierre, the former UFC Welterweight Champion, is a role model to many. When you see his fights, it is hard to imagine that he ever was bullied. But in this interview with CBC’s Q, St-Pierre talks about how he had to deal with bullying as a child and how he learned Martial Arts to get through this period.

GSP, as he is known, came from a disadvantaged background and as a child, he was repeatedly bullied by older boys at his school. But he says he doesn’t feel sorry for himself and doesn’t let himself act like a victim. His advice is always to stand tall, look people in the eye, have a firm stance and never look down. Body language is important because it not only deters bullies from picking on you, but it also gives you the self-confidence to accomplish your goals in other areas of your life.

Here is an excerpt from his book, The Way of the Fight

. It will give you an idea what he lived as a child:

A diminutive clown, every single day of school. They could see him coming, he said, “because I was so ugly. I was easy pickings.”

Before he could reach for the school’s front door, a group of 12-year-olds would pounce on and strip him. Strip him of his pants, of his lunch money, and of his dignity before a laughing chorus of boys and girls. Every body pointing fingers except for the shadows of his few true friends – other nerds, other rejects in hiding. The helpless.

But, St-Pierre has no regrets. Although he says, it was a difficult period, it helped him become the man he is today: “This experience gave me the strength to overcome obstacles, and for me it was through Martial Arts.” Karate has allowed GSP to keep a “white-belt” mentality, as he puts it, to always strive to be better and this has given him the courage to step outside of his comfort zone and always learn new things. He tries to remind himself of this by surrounding himself with masters, experts at something he wants to get better at.

To learn more about the lessons Georges St-Pierre learned on his way to the top, I recommend reading his book: The Way of the Fight

. In it, GSP reveals in detail how he overcame bullying and how he went on to become a worldwide champion.

Success Habit: “I visualize. I go through the things I have to do to win and I keep my focus on the performance. I also like to hang out with friends and other people who understand what it’s like to step into the octagon with millions of people watching.”