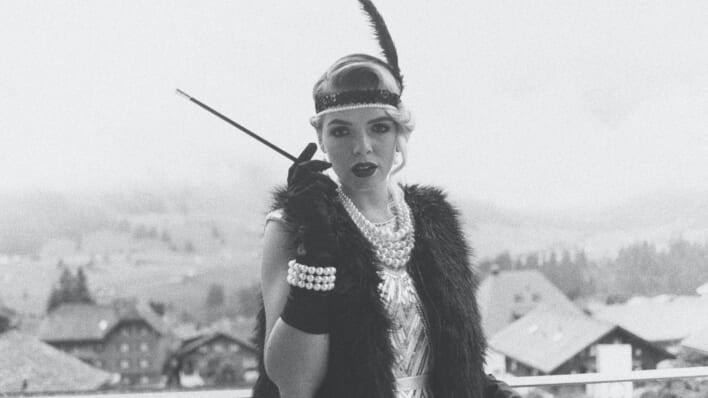 Was the Past Better Than the Future? There’s a Good Chance That’s a Delusion

Was the past really better? Or is it just that you don’t have to deal with it right now?
By Steven John    August 1, 2022

Was the past really better? Or is it just that you don’t have to deal with it right now?

“You know, back in my day things were better!”

“We used to actually appreciate our country back in the 50s!”

“Things were so much simpler back then, and better, too!”

These and other common complaints are seen as the hallmark of an older generation bemoaning how bad things are getting as time moves on and how much better they were in the past, but there’s an irony here: People have been bemoaning the state of the present and the plight of the future as worse than the past for generations – the whole “back in my day” grumble has been around as long as people have been around.

The scholarly term for a belief that things were better in the past than they are now and are likely to be in the future is called “declinism,” per The Decision Lab, and it is a phenomenon that can affect the individual on a personal level, a society on a large scale, or, quite often, that affects both at the same time.

Why Declinism Is Such a Common Conception

Why? Because the past can be interpreted however a person – or a society – chooses. We can’t change what happened, but we can choose what we focus on, what we talk about, what we treat as notable and important, and what we dismiss or even repress.

On a personal scale, an example of declinism is when older person thinks back to those so-called “halcyon days” when they were raising young children. The person looking at a few pictures or recalling a few choice memories may think of it as a time when life was freer and more fun, when they had hopes and goals and plans, and when they seemed to fit right in with their time and place.

RELATED: The Physical and Mental Health Benefits of Sauna Therapy

In reality, if you ask anyone in the thick of the child-rearing days, they will likely report being tired, busy, and stressed out most of the time.

But once we get through a phase in our lives, it is past, thus not a source of tangible stress or strain. What’s more, the past is familiar, thus more comfortable than the future, which is unwritten.

As a larger society, so too is the past familiar and settled. Thus it’s much easier to view it with fondness even if the time was anything but pleasant. We lionize those Americans who fought in World War II as “The Greatest Generation” while forgetting the hundreds of thousands of American soldiers and civilians who died and the many thousands more left with scars and trauma. We look back at the 1960s and think of the music, the hippies, the clothing, and the movies, while forgetting the Vietnam War and the Cultural Revolution.

How to Reset Declinist Thinking

Was the past really all that great? By most metrics, the answer is no, not when compared to the standard of living and opportunities we enjoy today. First, let’s talk about life itself, as in how many years of it we had in the past versus how many we have now.

People are living longer than ever

Looking back to the earliest ancestors of modern homo sapiens, fossil evidence points to a lifespan rarely lasting more than 30 years. And in fact, even in Ancient Greek and Roman times, eras we often romanticize to the fullest, most people died before age 35.

RELATED: The 8 Best Podcasts to Inspire Your Self Development and Mental Health Journey

Well into the 1800s, an average human lifespan was still only between 30 and 40 years in Europe and North America, the regions of the most industrial and technological advancement at the time. But today, most people in most countries can expect to live to 75 years of age, and in some nations, such as Japan, current life expectancy is nearly a decade more than that, via Macro Trends.

Society is trending toward greater equality and inclusion

Next, let’s talk about the rights people have today compared to what they had in the past. For this area of consideration, we’ll use the United States of America as our exemplar. As of the 1860s, many people of color in this country were seen as property, not people. It took a Civil War to end slavery in the South and another century of hard-won political and cultural victories for Black Americans to have their rights fully enshrined in law, but, in the eyes of the law, all Americans are now equal.

Is racism and hatred and fear of others still a huge problem here? Definitely, but at least bigotry has no basis in law. And remember also that a century back, women could not cast votes that would help elect the people who would make and enforce those laws – now we have multiple female Supreme Court Justices and a woman holds the office of Vice President.

Technology paints a picture of a better future

Third, think simply about the smartphone in your pocket, or possibly in your hand as you read these words. You can hold in your hand more advanced technology than previous generations of humans had access to in any capacity. Your smartphone is more capable than all the computers used to land men on the moon. (For the record, there were computers used in the Apollo missions, contrary to common – and romanticized – misconception that we got to the moon with slide rules alone. Though that tool did help!) Your phone can help you access almost any fact, any song, any image, any anything you want in a matter of seconds. And that is amazing.

Sure, there is plenty to gripe about with technology – yes, screen addiction is real, yes, an overuse of technology can damage attention spans, and yes, social media can create many ills. But writ large, our ever-enhancing technology, from that used in medicine to travel to research to the everyday devices in your life, is making our world a better place and our lives safer and more convenient. In other words, there is hope for a better, brighter future.