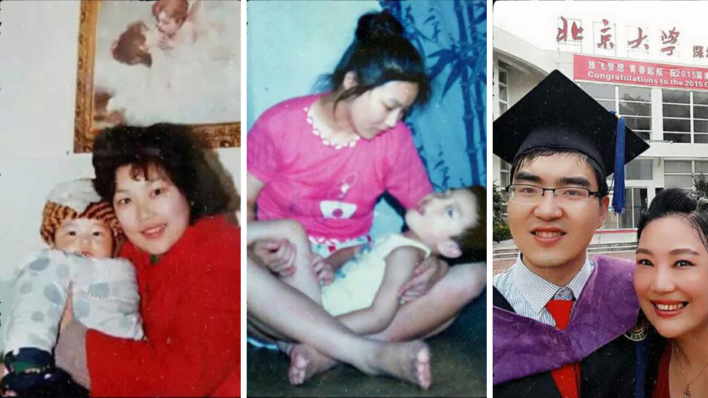 One young man who was born with cerebral palsy refused to let his disability define him and instead aimed for the stars.
By Sophie Babinski    February 18, 2022

One young man who was born with cerebral palsy refused to let his disability define him and instead aimed for the stars.

It can be easy to let our weaknesses define us and use them as excuses not to fulfill our greatest potential. One young man from China did not let his circumstances stop him from achieving a goal most of us can only dream of– getting into Harvard.

Ding Zheng was born with Cerebral Palsy to a single mother. In his home country of China, disabled people often face discrimination when it comes to finding gainful employment or getting a good education. Ding’s mother, Zou Hongyan, refused to let Ding be the victim of a less-than-perfect system.

Cerebral Palsy affects a person’s ability to do things physically– Ding only learned to stand at two years old, to walk at three years old, and to jump at six years old. His mother trained to become a masseuse in order to help him through his rehabilitation process, which was long and arduous. She also instilled an amazing work ethic in her son, teaching him that his disabilities were a reason to work even harder and prove himself, not an excuse to get left behind. Even though it was difficult for him, she pushed him to use chopsticks and to challenge his physical boundaries.

If he is the only one who does not use chopsticks at the table, others would be curious. And then he has to explain to everyone that he has cerebral palsy. I don’t want him to feel ashamed about himself, so I have higher standards for him, and he has to work harder.

When it came time to apply to colleges, Ding did not even consider trying out for the Ivy League schools. However, as usual, his mother was there to push him in the right direction. Not only did Ding get into college– he got into one of the most prestigious schools in the world, Harvard!

This achievement was an amazing reward for both Ding and Zou, who had worked so hard to overcome all the obstacles that had been in their way.

Sky is the limit

The pair shared the news on Facebook, and were stunned by all of the positive comments and encouragement. They are both proud of the impact they’ve made on the destigmatization of Cerebral Palsy in their region.

Ding’s story proves that no matter the obstacles that are in your way, there are always ways to persevere. It just takes a strong mind, a solid work ethic, and a great support system!