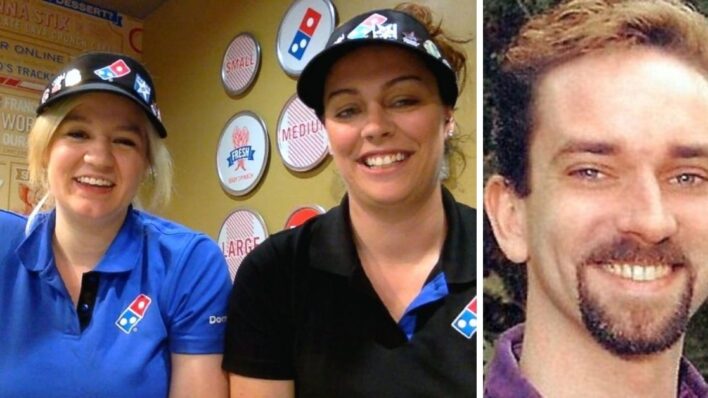 When Loyal Customer Stopped Ordering Food, They Knew Something Was Wrong

Kirk Alexander had been a loyal customer of the Domino’s at Salem, Oregon for 7 years. When the staff received no order for him in 11 days, they knew something was wrong…
By Kawter    September 3, 2020

Kirk Alexander had been a loyal customer of the Domino’s at Salem, Oregon for 7 years. When the staff received no order for him in 11 days, they knew something was wrong…

When the employees at the Domino’s pizza place in Salem, Oregon, hadn’t received any order from Kirk Alexander for more than 2 weeks, they knew something wasn’t right.

Kirk was a loyal customer and the staff all knew him. So it was natural that they got worried when they had no news for him.

Their concern saved his life

Sarah Fuller, the general manager at the Domino’s branch, said that Kirk, 48, had been a loyal customer since 2009.

“He orders every day, every other day,” Fuller told KOIN.

His order pops up on the screen because he orders online. So we see it come across the screen and we’re like, ‘Oh, Kirk’s order.’

After a few days without a single order, Sarah and the crew started to worry.

A few of my drivers had mentioned that we hadn’t seen his order come across our screen in a while.

Sarah checked their system and saw that no order had come in 11 days. So they decided to investigate.

Watch this Goalcast video to restore your hope in humanity:

They sent a delivery man to his house

Sarah decided to send Tracey Hamblen, a deliver driver, to Kirk’s place. When he got there, he immediately knew something was wrong. While the lights and TV were on, Kirk did not come to the door. Additionally, his phone directly went to voicemail.

When they arrived at the scene, the deputies heard a cry for help from the inside of the house. Inside, they found Kirk, who was in need of immediate medical help. He was known to be suffer from severe health issues and they believed he had a stroke.

Tracy’s quick thinking made all the difference between life and death and he was thanked for his actions.

Thanks to the quick actions of Mr. Hamblen, Mr. Alexander is in stable condition at the Salem Hospital. The Sheriff’s Office would like to personally thank Mr. Hamblen for his quick actions and willingness to take time out of his day to care for others.

The Domino’s crew “was just doing their job”

While the Domino’s employee received a lot of praise online for their incredible thoughtfulness, they insist that it was just part of their job.

[Alexander is] just an important customer that’s part of our family here at Domino’s. He orders all the time so we know him. I think we were just doing our job checking in on someone we know who orders a lot. We felt like we needed to do something.

Thinking of others can make all the difference

This incredible story really shows the power of human connection. Our interactions with other human beings are not only transactional. Kirk wasn’t just any customer to Sarah and her crew–and that’s because they cared.

Similarly, it’s important that we don’t forget that the people we meet and interact with are human beings and that we can have an impact on their lives, small or big.