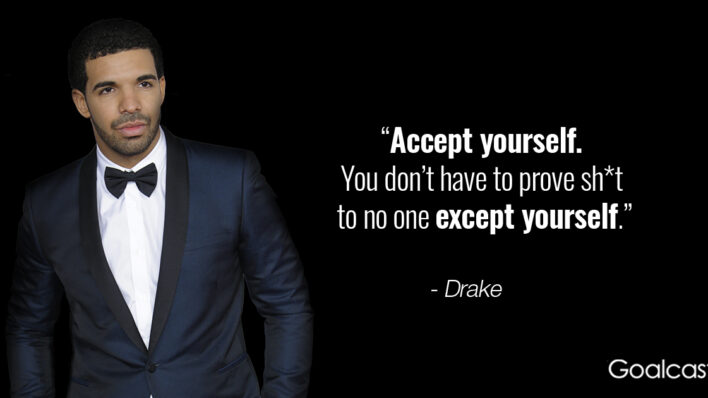 19 Drake Quotes to Inspire You to Become Better Every Day

Starting his career as an actor, Drake turned to music to become one of the great rappers. Here are 19 inspiring Drake quotes you should know.
By Flavia Medrut    July 17, 2018

Starting his career as an actor, Drake turned to music to become one of the great rappers. Here are 19 inspiring Drake quotes you should know.

Starting his career as an actor in the TV series Degrassi: The Next Generation, Drake turned to music to become one of the most prominent rappers of his generation.

Drake’s childhood was not as glamorous as we’d like to think. His parents got divorced when he was only five and his father was arrested for drug related-charges. Moreover, he used to be bullied for being black and also Jewish. But Drake’s perspective has changed a lot since then. What used to make him feel different seems like a pretty cool thing today.

After signing a contract with Lil Wayne’s label Young Money Entertainment, Drake released his debut studio album “Thank Me Later,” which proved to be a great success, arriving at #1 on the US’ Billboard 200 chart.

Ever since his breakout, Drake continued to grow as an artist and dominate charts along the way. His fifth album, Scorpion, made him the first artist to top one billion streams in one week.

Here are 19 inspiring Drake quotes you should know: 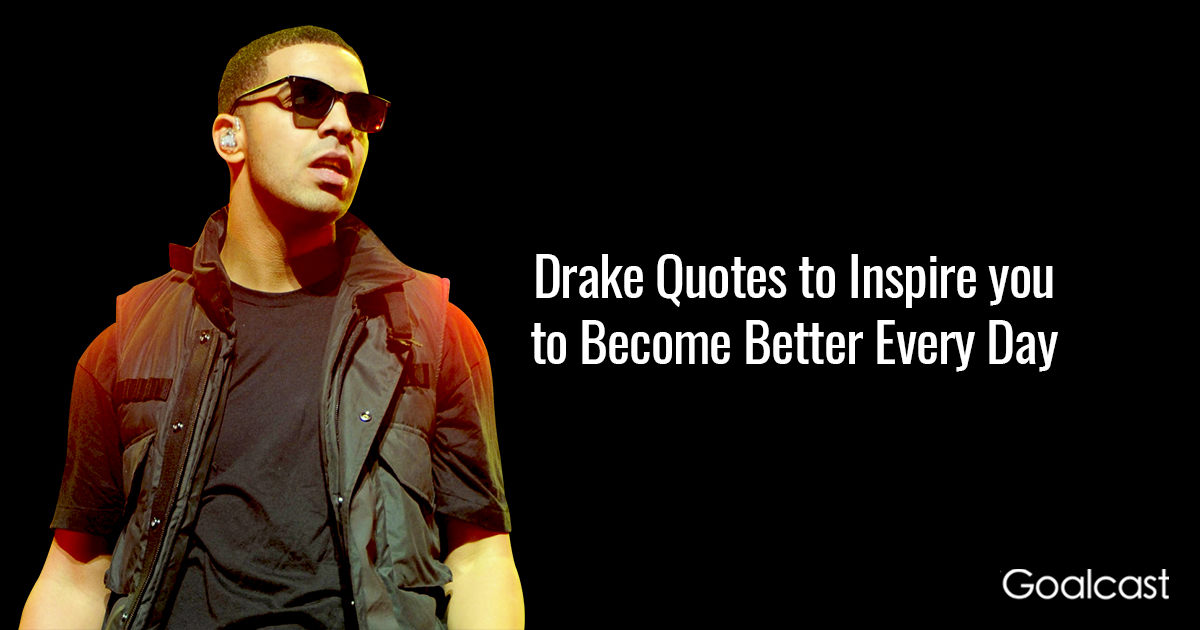 When you get hurt by the one you living for, pain can make you wanna love no more.

Life can always change, you have to adjust.

Live without pretending, Love without depending, Listen without defending, Speak without offending.

A goal is just a dream with a deadline.

Always felt like my vision been bigger than the bigger picture.

When you look ahead and darkness is all you see, faith and determination will pull you through.

Jealousy is just love and hate at the same time.

Wish you would learn to love people and use things, and not the other way around.

I’m trying to do better than good enough.

I was born to make mistakes, not to fake perfection. 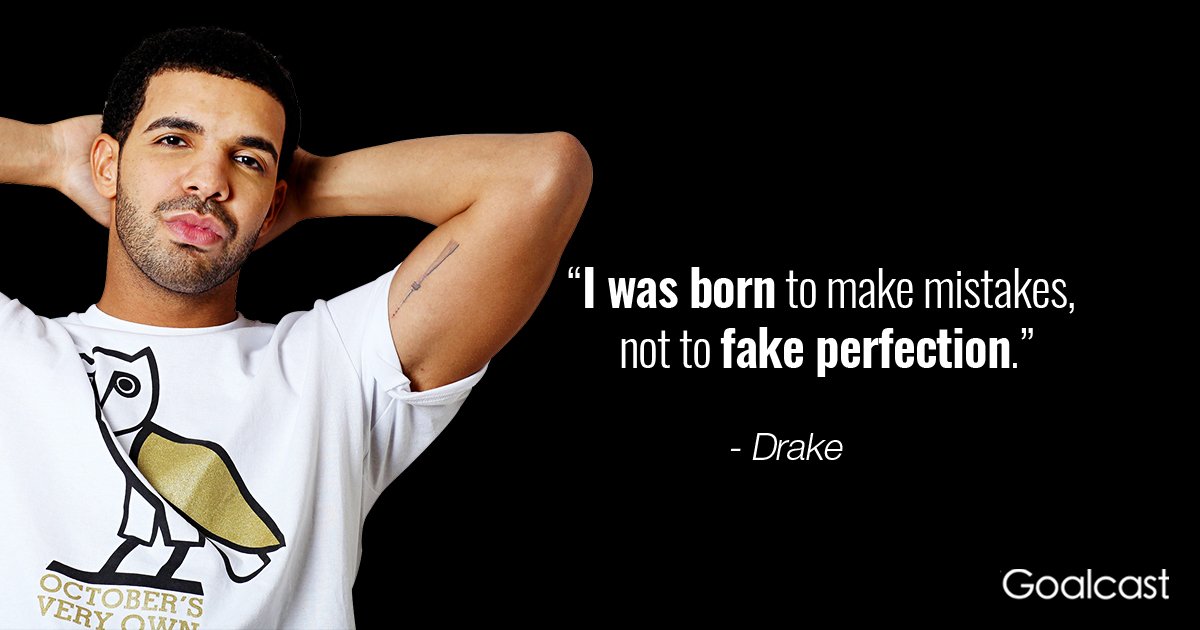 Sometimes it’s the journey that teaches you a lot about your destination.

When all is said and done, more is always said than done.

Sweat pants, hair tied, chilling with no make-up on. That’s when you’re the prettiest; I hope that you don’t take it wrong.

We live in a generation of not being in love and not being together.

If you thinking I’ma quit before I die, dream on.

I swear this life is like the sweetest thing I’ve ever known.