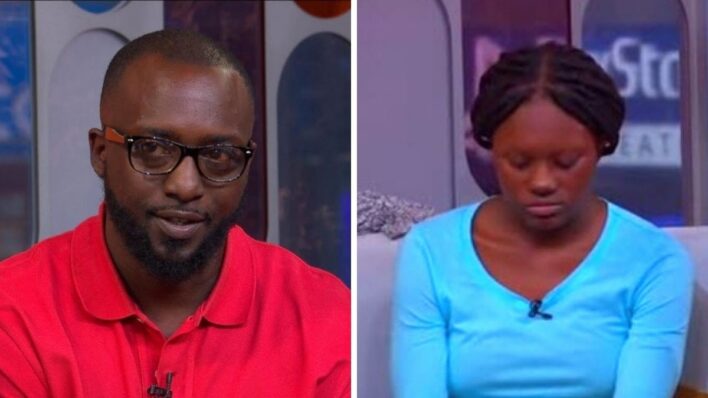 One parent showed compassion and empathy for the young girl his daughter was bullying.
By Sophie Babinski    November 2, 2021

One parent showed compassion and empathy for the young girl his daughter was bullying.

Randy Smalls, a father in South Carolina, showed true leadership and great parenting when, instead of making excuses for his bully daughter, he took her victim on a shopping spree.

Bullying is a huge problem among teenagers. In fact, 20% of all teenagers aged 12 to 18 are bullied. Bullies are more likely to have spotty attendance at schools and have higher dropout rates. According to Stomp Out Bullying , bullying also leads to decreased academic achievement, lower GPA and standardized test score, and less school participation.

Not all parents are able to accept that their own child is a bully but Randy Smalls’ reaction when faced with this reality changed a life.

Randy himself had been bullied as a kid, and he felt terrible when he learned that his daughter had been inflicting the same pain on someone else’s child. His daughter had been making fun of her classmate Ryan Reese for the clothing and makeup she wore. Instead of making excuses for his daughter’s behavior, Randy reached out to the bully’s parents.

As it turned out, Ryan had just tragically lost her father, aunt, and grandfather. Even without the bullying, she was having a tough year. Randy knew what he had to do.

Smalls had been saving money for his daughter to buy some new clothes and makeup for the new school year, and he decided that, due to the current circumstances, those savings could be put to better use. So, Randy Smalls brought Ryan along for a shopping spree.

I wasn’t expecting it. I just started to cry. It (the bullying) was really sad for me because I had lost my grandpa, father, and aunt, and it really took me deep down in my depression.

Randy bought Ryan new clothes for school, and brought her to the beauty salon, pre-paying for bi-weekly appointments through the end of the year. Not wanting to create more friction between his own daughter and Ryan, he invited his daughter to come along and help pick out some clothes for her victim-turned-friend.

On their end, Ryan’s parents are very grateful for Randy’s attitude and kindness. Randy himself is proud of the way he handled the situation, and ultimately proud of his daughter, who apologized and adjusted her attitude.

Randy Smalls proves that tough love can be necessary for good parenting. His generosity and empathy towards others sets a great example for his daughter, as well as the rest of the world. Even though his daughter exhibited some bad behavior, we know that with a father like Randy, she has a bright future ahead of her. We should all take a cue from Randy, and focus on being empathetic leaders.