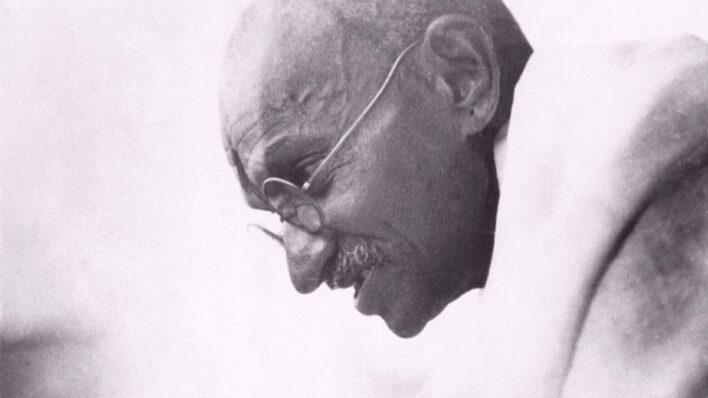 51 Forgiveness Quotes to Help You Let Go and Move On

Forgiveness is clearly a voluntary action. After someone hurts us, forgiveness is something we choose to do when we’re ready
By Flavia Medrut    September 14, 2022

Forgiveness is clearly a voluntary action. After someone hurts us, forgiveness is something we choose to do when we’re ready to move on, or when the love in our hearts speaks louder than temporary hate.

RELATED: A Guide to Forgiving Yourself (and Others) for Inner Peace

In a world where being out for revenge seems to be more at hand, and appears to bring greater satisfaction, they say it takes courage and strength to do it. “An eye for an eye” is a reaction to being hurt, physically or emotionally. The need for retaliation poisons our minds, and it takes hard work to finally be able to say “I forgive you.”

Forgiveness is about letting go of the past, understanding, and then moving on. It’s about taking care of your own mental health and setting yourself free. Selfish? Maybe, but it’s the kind that does good to others too.

“Forgiveness says you are given another chance to make a new beginning.”

“Forgiveness is not an occasional act, it is a constant attitude.” – Martin Luther King Jr.

“Forgiveness is the fragrance that the violet sheds on the heel that has crushed it.”

“Forgive others, not because they deserve forgiveness, but because you deserve peace.”

“Anger makes you smaller, while forgiveness forces you to grow beyond what you are.” – Cherie Carter-Scott

“To forgive is to set a prisoner free and discover that the prisoner was you.” – Lewis B. Smedes

“The weak can never forgive. Forgiveness is the attribute of the strong.”

“Mistakes are always forgivable, if one has the courage to admit them.”

“Always forgive your enemies – nothing annoys them so much.” – Oscar Wilde

“All major religious traditions carry basically the same message; that is love, compassion and forgiveness the important thing is they should be part of our daily lives.”

“I think the first step is to understand that forgiveness does not exonerate the perpetrator. Forgiveness liberates the victim. It’s a gift you give yourself.”

“Forgive, forget. Bear with the faults of others as you would have them bear with yours.” – Phillips Brooks

“Life is too short. I forgive and forget. I have not time to get mad or hate.”

“Forgiveness is a funny thing. It warms the heart and cools the sting.”

“You can’t forgive without loving. And I don’t mean sentimentality. I don’t mean mush. I mean having enough courage to stand up and say, ‘I forgive. I’m finished with it’.”

“True forgiveness is when you can say, ‘Thank you for that experience’.” – Oprah Winfrey

“I have always found that mercy bears richer fruits than strict justice.”

“Forgiveness does not mean ignoring what has been done or putting a false label on an evil act. It means, rather, that the evil act no longer remains as a barrier to the relationship. Forgiveness is a catalyst creating the atmosphere necessary for a fresh start and a new beginning.”

“Children begin by loving their parents; after a time they judge them; rarely, if ever, do they forgive them.”

“It’s not an easy journey, to get to a place where you forgive people. But it is such a powerful place, because it frees you.”

“Before we can forgive one another, we have to understand one another.” – Emma Goldman

“Without forgiveness life is governed by an endless cycle of resentment and retaliation.”

“When you hold resentment toward another, you are bound to that person or condition by an emotional link that is stronger than steel. Forgiveness is the only way to dissolve that link and get free.”

“Throughout life people will make you mad, disrespect you and treat you bad. Let God deal with the things they do, ’cause hate in your heart will consume you, too.”

“Forgiveness is the remission of sins. For it is by this that what has been lost, and was found, is saved from being lost again.”

“The remedy for life’s broken pieces is not classes, workshops or books. Don’t try to heal the broken pieces. Just forgive.”

“Forgiveness is the giving and so the receiving of life. the latter may be an impulse of a moment of heat; whereas the former is a cold and deliberate choice of the heart.”

“How unhappy is he who cannot forgive himself.”

“Acceptance and tolerance and forgiveness, those are life-altering lessons.” – Jessica Lange

“If there are occasions when my grape turned into a raisin and my joy bell lost its resonance, please forgive me. Charge it to my head and not to my heart.”

“To understand somebody else as a human being, I think, is about as close to real forgiveness as one can get.”

“For me, forgiveness and compassion are always linked: how do we hold people accountable for wrongdoing and yet at the same time remain in touch with their humanity enough to believe in their capacity to be transformed?”

“The lesson is that you can still make mistakes and be forgiven.” – Robert Downey Jr.

“We think that forgiveness is weakness, but it’s absolutely not; it takes a very strong person to forgive.”

“As we know, forgiveness of oneself is the hardest of all the forgivenesses.”

“Selfishness must always be forgiven you know, because there is no hope of a cure.” – Jane Austen

“I learned a long time ago that some people would rather die than forgive. It’s a strange truth, but forgiveness is a painful and difficult process. It’s not something that happens overnight. It’s an evolution of the heart.”

“Forgiveness means letting go of the past.” – Gerald Jampolsky

“It’s toughest to forgive ourselves. So it’s probably best to start with other people. It’s almost like peeling an onion. Layer by layer, forgiving others, you really do get to the point where you can forgive yourself.”

“Just knowing you don’t have the answers is a recipe for humility, openness, acceptance, forgiveness, and an eagerness to learn – and those are all good things.”

“Without forgiveness life is governed by… an endless cycle of resentment and retaliation.”

“Reconciliation and forgiveness can actually help all of us move on in a healthier, happier way.”

“Thankfully, forgiveness, and the healing it brings in its wake, has nothing to do with ‘deserve.'”