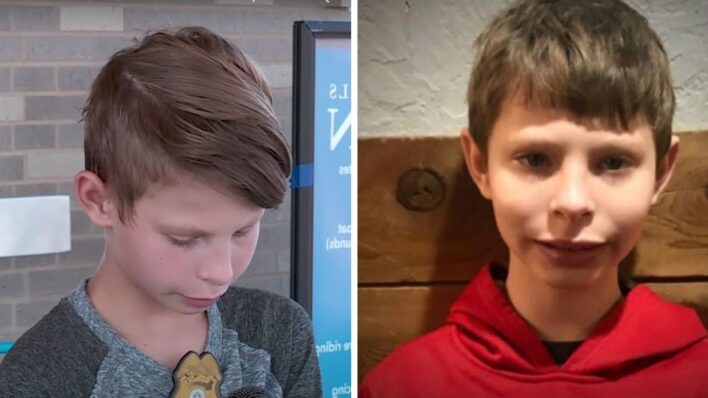 9-year-old Jordan only wants a family to call his. So he made a video, expressing his wish to the world. Little did he know how incredible the response would be.
By Kawter    August 18, 2020

9-year-old Jordan only wants a family to call his. So he made a video, expressing his wish to the world. Little did he know how incredible the response would be.

Adoption is no easy process, as many hopeful parents can testify. And being on the other side of it is not easy either. Around 400 000 kids are in foster care in America, waiting to be taken in by a family.

For many of these kids, the dream of a stable home can seem unattainable, resulting in feeling unwanted or unloved. So when 9-year-old Jordan made a plea asking for a family, he never thought he would get this response.

His only wish in life is to have a family

“If you could go anywhere anywhere in the whole wide world where would it be?” Lacy Lett, reporter for Oklahoma’s News 4 asked.

“To an adoption party for a home,” Jordan replied.

And when asked what would his three wishes be, Jordan’s response was just as touching, if not heartbreaking.

To have a family, and family, family. Those are the only wishes I have.

He has been in foster care for years

Jordan has been in foster care for 6 years. To any child, this is an incredibly difficult situation to be in and he confesses that he wants the stability and connection of being a part of a family.

“I would just like to have a family to call mom and dad or just mom or just dad. I don’t really care,” Jordan said.

The reason it’s important is because so I could have some people to talk to anytime I need to. I hope one of y’all pick me.

Watch this Goalcast video to unlock the powers of empathy:

Only 12 hours after Jordan’s video was published, thousands of prospective parents reached out to answer his call with adoption submissions.

“The original story went out last week and I was told that typically they’ll get 1,200 hits a day on the website and there’s been millions,” Christopher Marlowe, a child welfare specialist with the Oklahoma Department of Human Services, told Good Morning America.

The Oklahoma Department of Human Services (OKDHS) has been overwhelmed by the responses from kind strangers and haven’t been able to respond to everyone yet. But they are working on it.

It looks like Jordan’s wish is more than likely to come true.

Answer the call of love

Not everyone of us is in a position to adopt. But there are other ways to help children or people in need–and most of the time, it starts with the people around us. Simply the act of being present and helping others when they need it can make a huge difference in someone’s life.